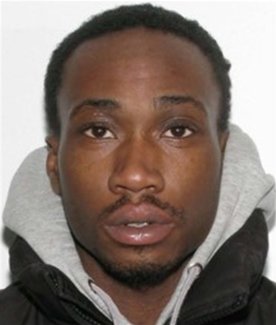 Shooting Investigation REWARD INCREASE – The ongoing efforts to locate the suspect sought in connection to the shooting that occurred at the athletic fields of Benton Middle School located at 7411 Hoadly Road in Manassas (20112) on May 1 continues.

Through a partnership with the Bureau of Alcohol, Tobacco, Firearms and Explosives, an additional $5,000 reward is being offered in connection to the arrest and conviction of the accused.

The Police Department is also offering up to a $1,000 reward for information that leads to an arrest in this case.

Anyone with information regarding this shooting is asked to contact the Prince William County Police Department tipline at 703-792-7000 or by submitting a tip online to pwcva.gov/policetip.

Shooting Investigation *SUSPECT IDENTIFIED | *REWARD – Detectives with the Violent Crimes Bureau have identified the suspect sought in connection to the shooting that occurred at the athletic fields of Benton Middle School located at 7411 Hoadly Road in Manassas (20112) on May 1.

The incident stemmed from a verbal altercation between parties that were known to one another.

Attempts to locate the suspect have been unsuccessful. The Police Department is offering up to a $1,000 reward for information that leads to an arrest in this case.

Anyone with information regarding this shooting is asked to contact the Prince William County Police Department tipline at 703-792-7000 or by submitting a tip online to pwcva.gov/policetip.

Shooting Investigation [Previously Released] – On May 1 at 10:23 a.m., officers responded to Benton Middle School located at 7411 Hoadly Rd. in Manassas (20112) to investigate a 'shots fired' call.

Upon arrival, officers observed a large number of people fleeing the area before locating a 24-year-old man, suffering from a gunshot wound. Community members, and then officers,  provided first aid to the victim before the victim was flown to an area hospital with life-threatening injuries. At this time, the victim is expected to survive.

The initial investigation revealed that during a community event at the outdoor athletic field, two men were engaged in a verbal altercation with an acquaintance, identified as the suspect. At some point, the encounter escalated and the suspect retrieved a firearm from his person and fired multiple rounds towards the men, striking both men.

One of the men struck was identified as the 24-year-old man whom officers located upon arrival at the school. The second man, identified as a 33-year-old, was transported to a hospital with non-life-threatening injuries prior to police arriving in the at the school.

Responding officers searched the interior of the school for precautionary reasons and did not locate anyone inside or any property damage. While canvassing outside of the school, police K-9 and officers located a firearm which was collected for further processing.

A police K-9 and helicopter assistance from Fairfax County police searched the area for the suspect who was not located. No additional injuries or property damage were reported. Detectives are asking anyone with information regarding this incident to contact police.

Prince William Officers are investigating a shooting near Benton Middle School athletic fields, Sunday, May 1, before 11 a.m. There was a youth football game occurring at the time.

According to police, two victims of gunshot wounds have been transported to area hospitals where they are receiving treatment.  No police were involved in the shooting.  (Police previously announced there were three victims.)

Detectives are actively investigating the events and cause of the shooting. The suspect is still at large and his identity is unknown. Witnesses have described him as a black male with a medium complexion, between 5’6- 5’10" tall.

“Our thoughts are with those who have been impacted by this incident and we are asking the community for help in providing any information that will further the investigation," said a Prince William County PIO.

The PIO noted that the children were playing in a youth sports league game at the time, and were not on a Prince William County Schools league associated with the school.

Police encourage anyone with further information about the incident to call their Tip Line at 703-792-7000 or submit a tip online to pwcva.gov/policetip.

We will update you with more information.