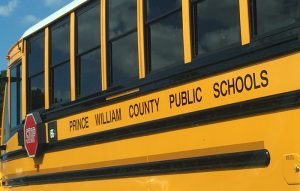 Superintendent, Dr. Steven Walts of Prince William County Public Schools, indicated he is pleased overall that 90 percent of PWC schools are receiving accreditation this year, which is above the state average.

Walts is also pleased with the overall progress schools have made. He noted that even in the cases where a school did not receive full accreditation from the Commonwealth, there were significant improvements in students' SOL scores due to hard work from students and staff members who prepared students for the challenging standardized assessments.

Student test results in English, math, history, and science earned fully accredited status for 79 of 88 (approximately 90%) eligible Prince William County Public Schools, according to a September 14 report from the Virginia Department of Education (VDOE). Challenges in specific subject areas earned eight schools differing accreditation designations from the state. Meanwhile, the accreditation status of one middle school may be in jeopardy, despite new and ongoing efforts, and some success in fixing performance challenges there. The results are based on pass rates from the 2015-16 Standards of Learning exams. “The state findings confirm that the vast majority of our schools are giving students the skills they need in English, math, history, and science, and all are making progress toward improving educational results,” said Superintendent Steven Walts. “We still have room for improvement, and these results pinpoint where we need to focus,” added Walts. “Still, if you look closely at the findings, you see that every school has something to be proud of, and that parents have good reason for confidence in their children’s education.” Among reasons for celebration, Virginia results confirm three Title I elementary schools had the highest math pass rates in PWCS, each exceeding 95%. West Gate, Occoquan, and Loch Lomond Elementary Schools achieved their successes after years of focused effort that ensured continued strong performance. The new report shows three PWCS schools where hard work paid off with full accreditation just this year. Vaughan Elementary’s climb to fully accredited status was powered in part by a one year jump of 31 percentage points in science. Neabsco Elementary rose by 12 points in science, and science pass rates at Dumfries Elementary were up by seven points. “Schools that did not make full accreditation still have great teaching and learning going on,” said Deputy Superintendent Rae Darlington. “Virginia’s new categories can help parents to see where progress is being made and where more work is needed.” Enterprise Elementary missed full accreditation by falling slightly short of the required pass rate in science, earning the designation, Partially Accredited: Approaching Benchmark. The same designation applied to Beville and George M. Hampton middle schools, for narrowly missing the required pass rate in English. However, all three schools recorded progress in other areas. English pass-rates also proved troublesome for Rippon and Stonewall middle schools, earning them the designation, Partially Accredited: Warned School (English). Belmont Elementary earned the same status with a warning in science, possibly coming up short in that area amid the intense subject-focus that enabled the federally-designated “Priority School” to increase student performance by seven percentage points in English and 12 in math. Like Belmont, Chris Yung Elementary also fell short in science—a subject for which recent changes leave elementary students with only one state test on which to demonstrate their knowledge. Freedom High School was designated Partially Accredited: Warned School (Math), again coming up short in the subject area that kept the school from being fully accredited until last year. However, Freedom and all eligible PWCS high schools achieved the critical state   graduation benchmark. VDOE lists the accreditation status of Fred Lynn Middle School as “to-be determined.” However, the lack of an official designation means the State Board of Education will consider possibly denying the school’s accreditation in spite of aggressive ongoing measures to improve performance, along with some significant successes. “We’re making tremendous progress at Fred Lynn,” said Superintendent Walts. “Fred Lynn’s math pass rates are up by 19 percentage points since Virginia made the test tougher; history is up by seven points; and the school met accreditation requirements for both.” “With all this progress, I am disappointed that there is a chance the state board might decide against granting the school partial accreditation without giving us more time to see our recently strengthened educational efforts bear fruit,” added Walts. “Unfortunately, Virginia guidelines allow little leeway to reflect the promise of Fred Lynn’s ongoing improvement efforts. The slight decline in the school’s science pass rate could prompt denial of accreditation even in the face of clear student progress.” Walts says that Fred Lynn Middle School has a team in place to keep that progress going. “I have full confidence in the principal, the administration, faculty, and staff,” he said. Regardless of Virginia’s decision on Fred Lynn’s status (expected by October), PWCS will continue the efforts that have helped some schools move to full accreditation and are already helping others to make clear gains. Partnerships and improvement agreements with VDOE will continue. Integrated teams will focus on giving students the special support and learning assistance they require in key subjects. Fred Lynn and other schools will also receive special administrative support. Recent changes at the elementary level include reassignment of schools to make certain that district administrators can focus more attention and improvement resources on the schools with the greatest needs. “There’s great teaching and learning happening division-wide,” added Walts, but any school that came up short of full accreditation is one that will be getting extra attention. It’s great to have 90% of schools fully accredited, but our goal is 100%. The findings are showing us where we are strong, and where we have weaknesses we can and will overcome. Our ultimate goal is still to give each and every student in Prince William County Public Schools A World-Class Education.”