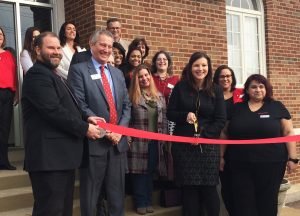 Anita Sadlack cuts a ribbon provided by the Fauquier Chamber of Commerce to celebrate her agency's 5th year anniversary in December of 2018.

Anita Sadlack celebrated the 5th anniversary of her State Farm Insurance Agency in Gainesville. “It’s been a stellar year,” she said of 2018.

State Farm Insurance protects home, auto, business, life and disability insurance. State Farm recognized her Gainesville office as the number one agency for small business in the state of Virginia, among other State Farm awards.

Sadlack, who has been with State Farm since 2003, is passionate about the insurance business because it is her way of helping people, companies and families. “The insurance industry is often misunderstood. We really are there to protect our customer’s families, businesses and financial pictures.”

Being an insurance agent means asking the difficult questions, such as ‘where would your family be if you didn’t come home?’ Having insurance provides people with real solutions as well as peace of mind.

And she is proud her agency has been there for people when they have faced difficult times, anything from a death in the family to a sub-pump flooding a basement. 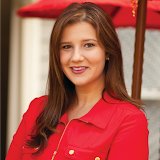 She believes personal connections and responsiveness makes the difference. State Farm responds immediately to their customers whether in person or over the phone, text or via the State Farm ap. “Every form of communication, pretty much.”

Living and working in the community means many customers are friends or associates. She sits down with every family and they plan their futures together.

Her Gainesville agency gives back. In the past five years, it has donated over $25,000 for local nonprofits such as the Haymarket Regional Food Pantry, House of Mercy and Project FACT. They regularly participate in food, toy and clothing drives as well.

“We do a lot for the Haymarket Police Department and raise money for breast cancer awareness via Inova Life with Cancer and the Officer Down Memorial Fund,” Sadlack said.

Next year they will be one of the main sponsors of the Officer Down Memorial Ride and event to be held in Haymarket. 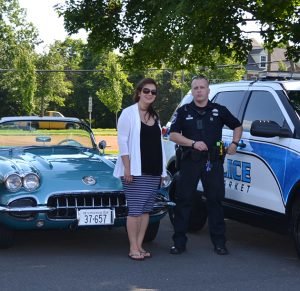 Right now they are collecting new clothing item for Project FACT to help victims of sexual assault because in those cases police take their clothes for evidence.

Networking has been key to Anita Sadlack’s success in the small business market. She is an active member of the Fauquier Chamber of Commerce, Prince William Building Connections and Bull Run Networking.

Joe Martin President and CEO of the Fauquier Chamber attended the event and helped organize the ribbon-cutting celebration on Dec. 12. Other network friends attended to cheer her on.

Sadlack has been with State Farm for 16 years and five years as an agency owner.

“There is something to be said about an organization that has people stay so long,” She was mentored by a man who had been with State Farm 50 years.

She also thanked her husband Jason and five children for their support.