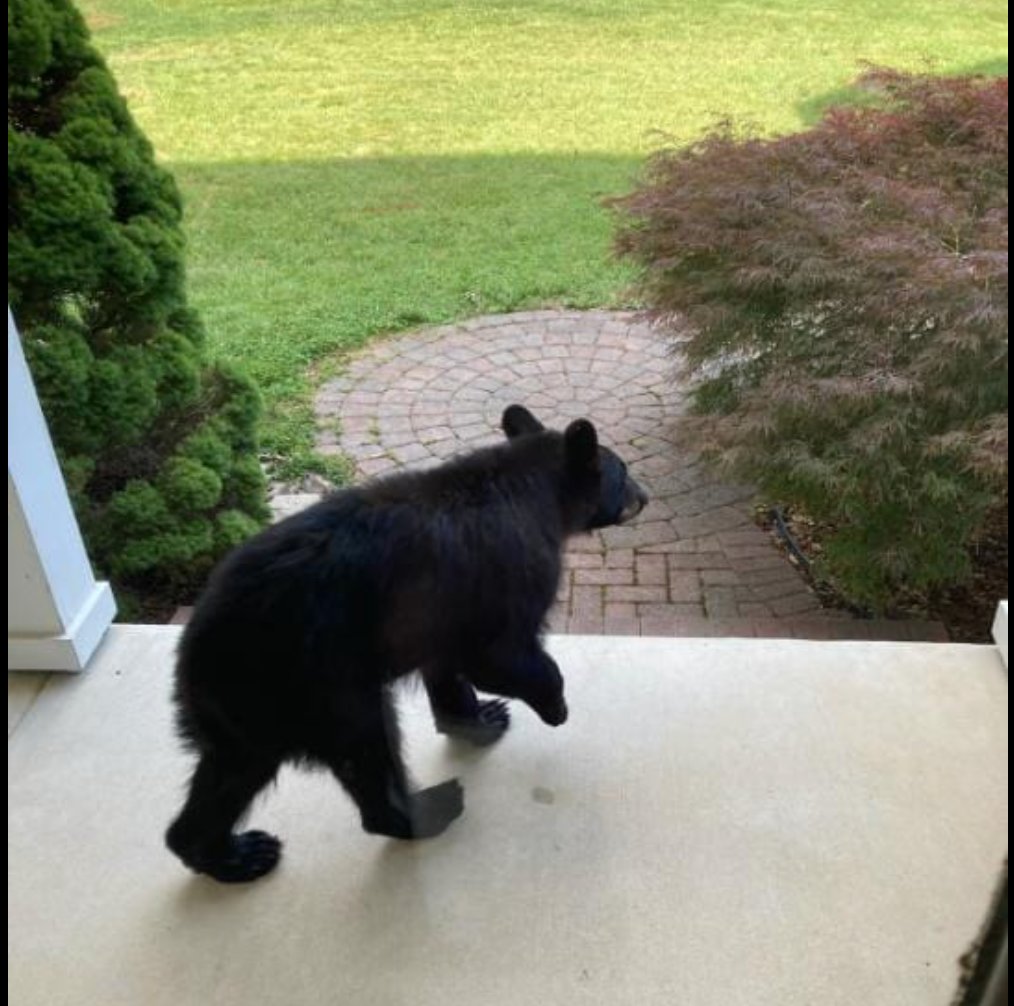 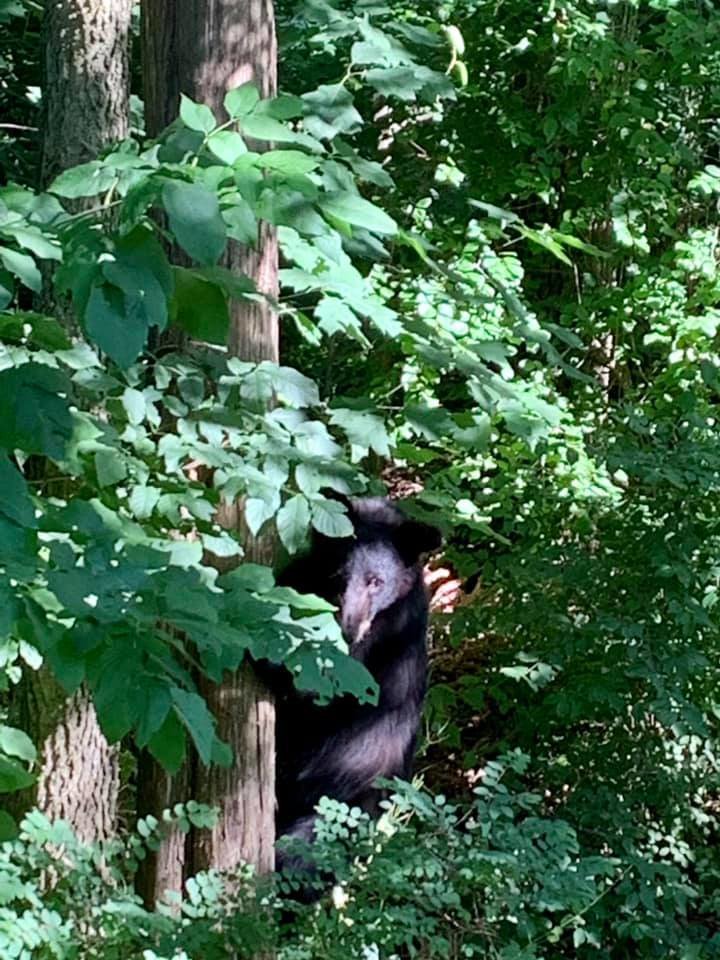 There has been another bear sighting by a resident in Bristow today. It was seen in the woman's backyard on Wansteadt Place in Kingsbrooke, climbing the fence. It appears to be the same young black bear.

Today a resident of Kingsbrooke community on Linton Hall Road in Bristow shared a photo of a young bear cub on the steps of the clubhouse. It was not that much of a surprise. Yesterday, around 5 p.m., another photo circulated of a bear cut peeking out from the woods behind Bristow Run Elementary School.

Then at around noon another resident confirmed they saw a bear in the woods rumaging around looking for food.

The woods in Kingsbrooke follow the stream along aptly named Braided Stream Drive. The path into the woods is located near the clubhouse, playground, pool and tennis courts.

It could be people seeing the same bear, or a family of bears. Either way, the bear or bears appear to be Black Bears, which makes sense because no other kinds of bears are found in Virginia.  There are different rules for how to deal with bears that different by type. For instance, you wouldn't want to play dead in front of a Black Bear. They won't fall for it!

And you do not want the mama bear to think you were threatening baby bear. Then she'll go all Sarah Palin on you (isn't that the saying?)

Kingsbrook is not the only Bristow neighborhood inhabited by bears. A bear was seen in the Braemar Dunbarton Community, which is located along Sudley Manor Drive near the Braemar Village (Safeway) Shopping Center.

Dunbarton is an over-55 community, and since bears hardly live past 30, someone needs to tell them them youngens to scram. Broad Run Trail System runs behind the community. Then the trail extends over a bridge towards more paths.

Across Sudley Manor Drive, are two long trails on both side of the Broad Run. It is a  trail frequented by many for walking, biking, fishing or swimming.

The main trail connects to Braemar, Grace Church, Linton Hall School, Victory Lakes and Victory Elementary School. That makes them all  potential places to meet a bear (besides on on Tinder.) Or, you might find the bear at Arby's: We have the meat!

Because, according to the Humane Society, bears are attracted to food. (Shocking, I know.) In most cases black bears can be easily scared away if you make a lot of noise, such as by yelling or banging on pots and pans. So next time your neighbors accuse you of being too loud, you can just say there were bears.

Do not play dead if you see a Black Bear. Stand your ground and try to appear big. Black Bears are smarter than your average bear and don't fall for this kind of murlarkey.  They'll maul you when your down.

If you perhaps don't want bears threatening your family or pets, do not leave food in your yard or your pets outside unsupervised, especially at night.

Black Bears do not usually fight. But the recommendation is that if you need to (yikes!) fight back.

Although it is bear season, bears are not typically found in Bristow. It is typically though of around here as a Gainesville-Haymarket problem.

More commonly, bears are found in neighborhoods surrounded by larger forested areas. Hertitage Hunt and Pageland Lane or "Gainesville District Bears" bears probably thought they were too good for Bristow, but a bear's gotta eat.

Black Bears sometimes wander out of Conway Robinson State Park on Route 29 in Gainesville. But, despite what sports jerseys tell you, they are not  "Grizzlies."

Do you think the neighborhood should cancel the smores party because of bears? Nah, we'll be fine!

Have you seen a bear in your neighborhood? Tell us!

January Things to Do in Prince William County, Virginia