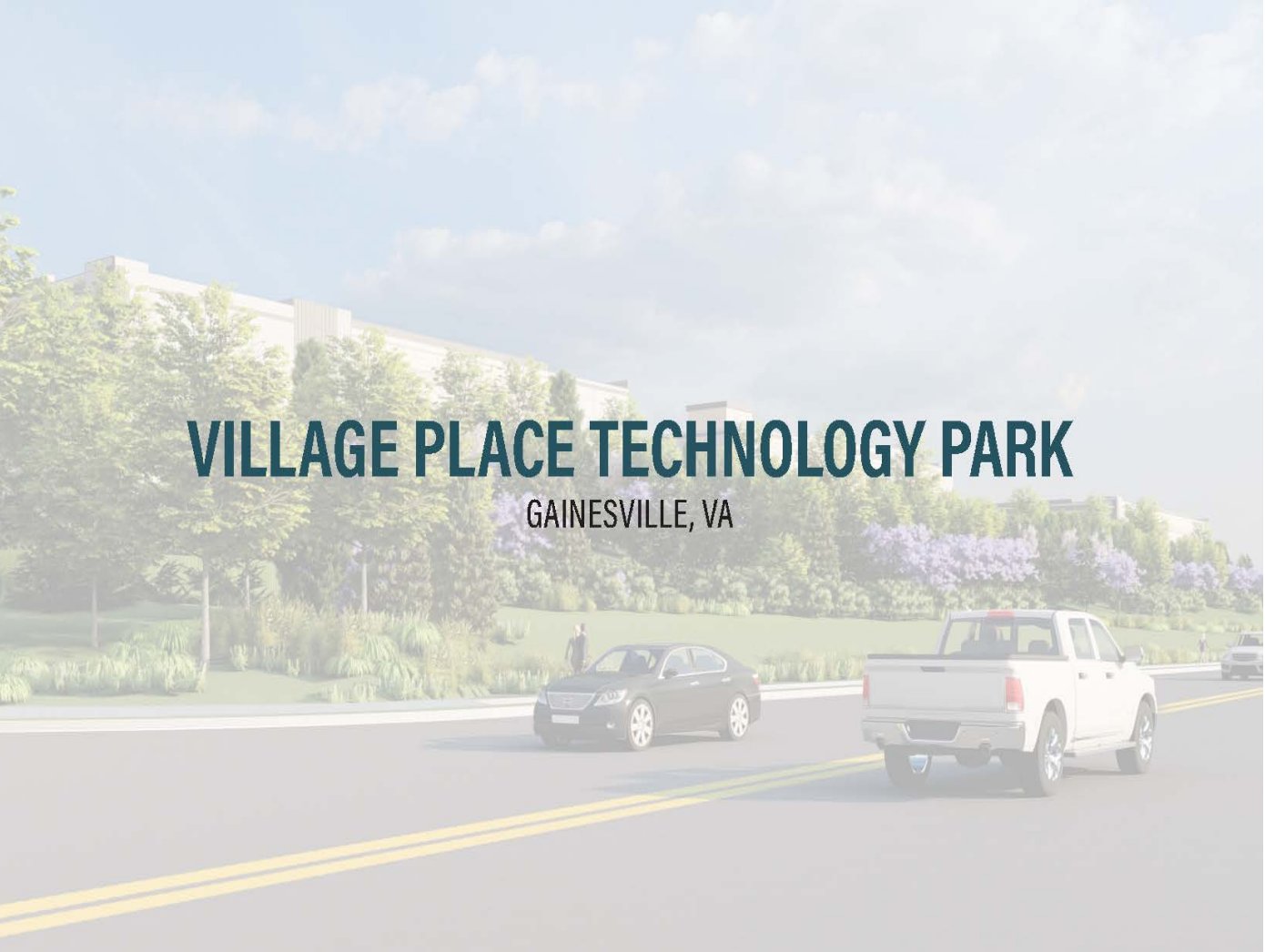 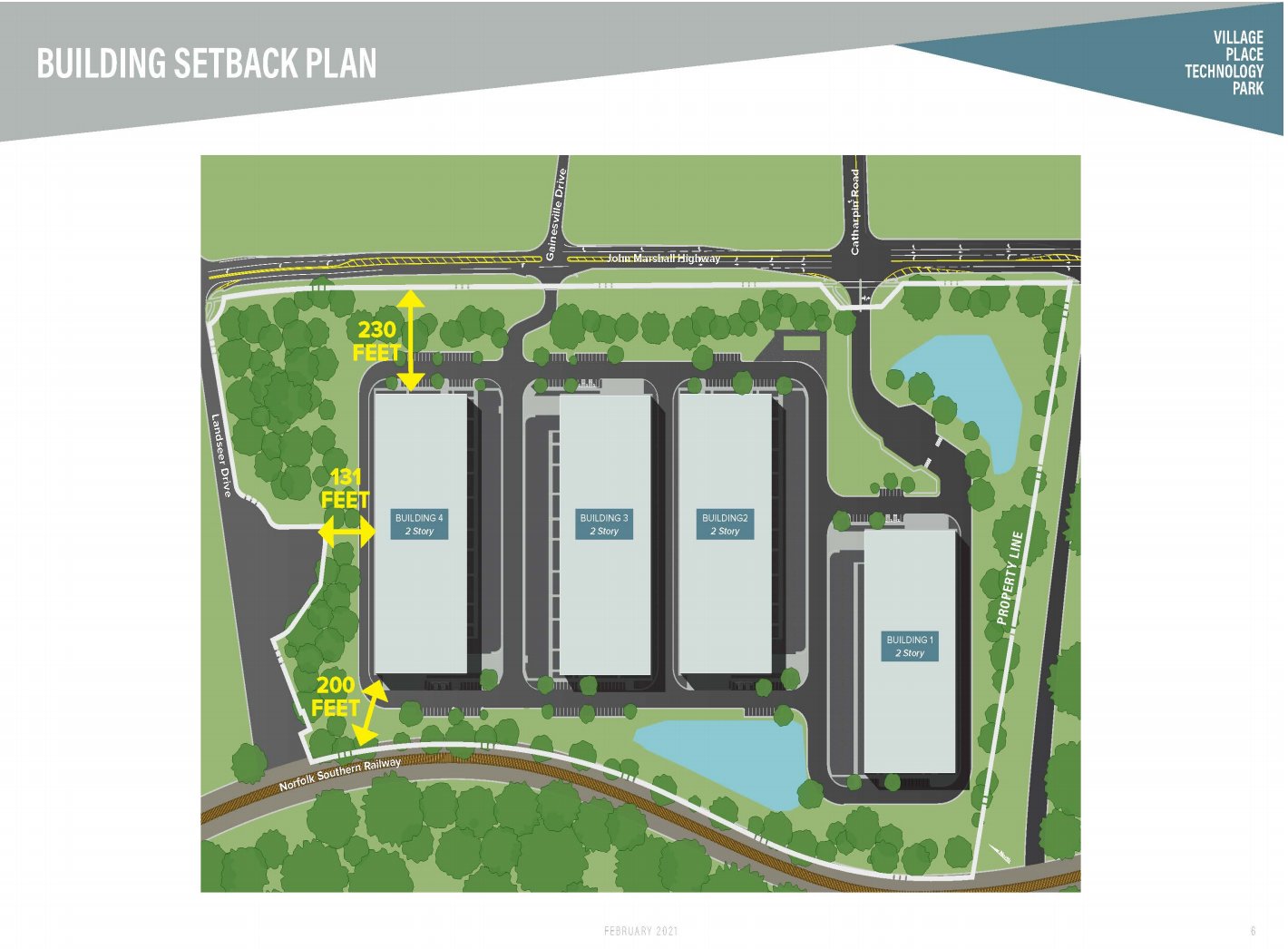 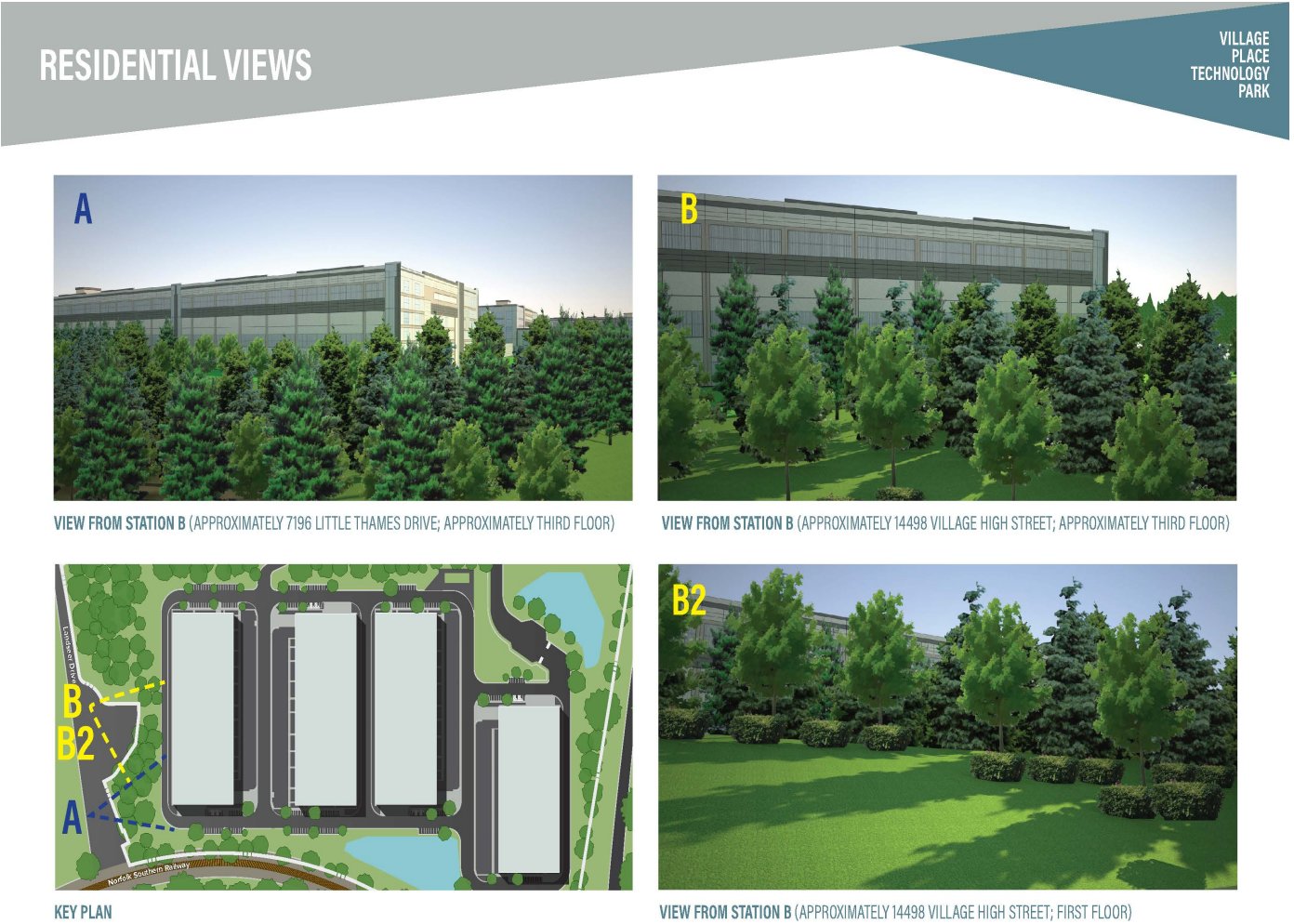 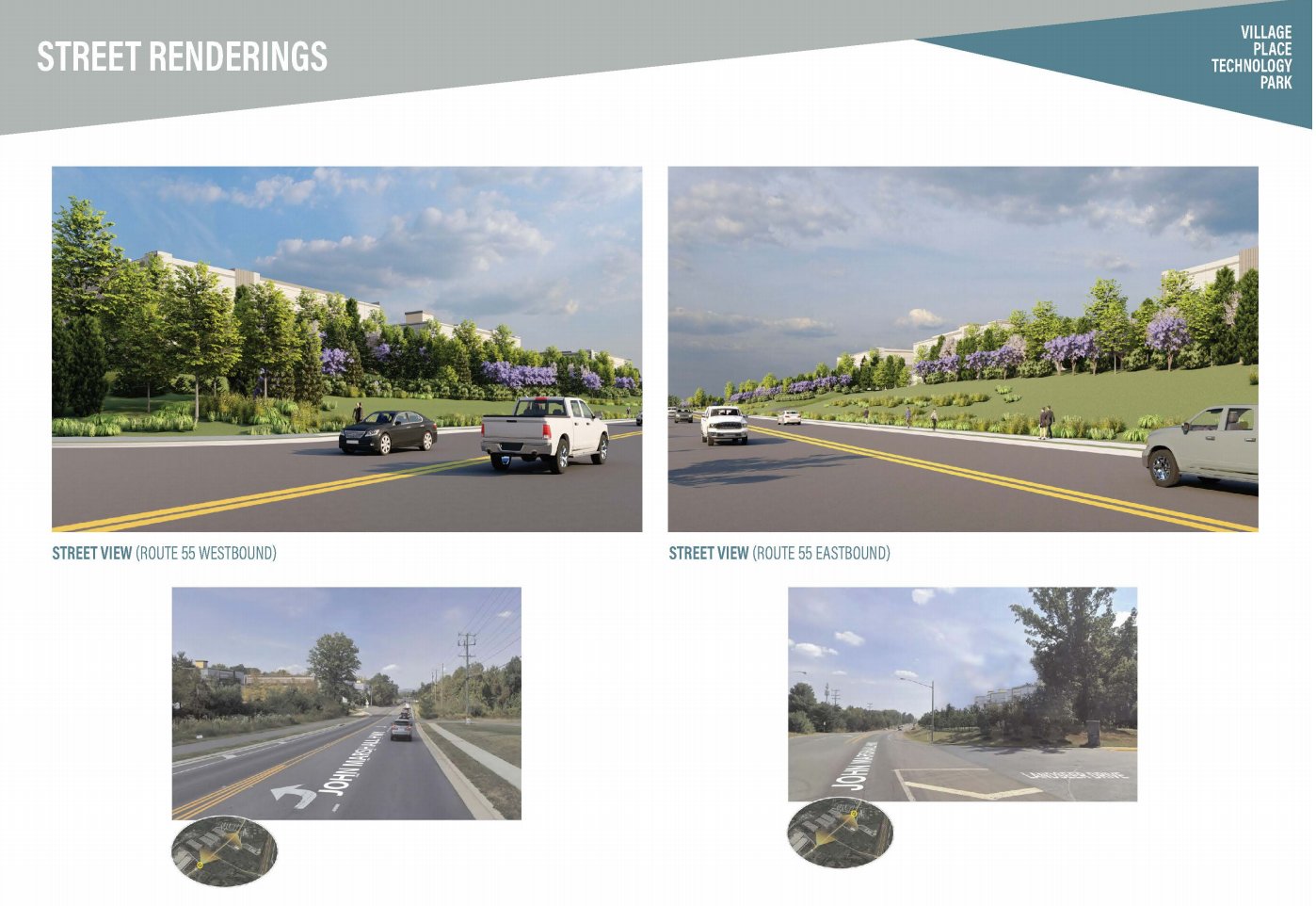 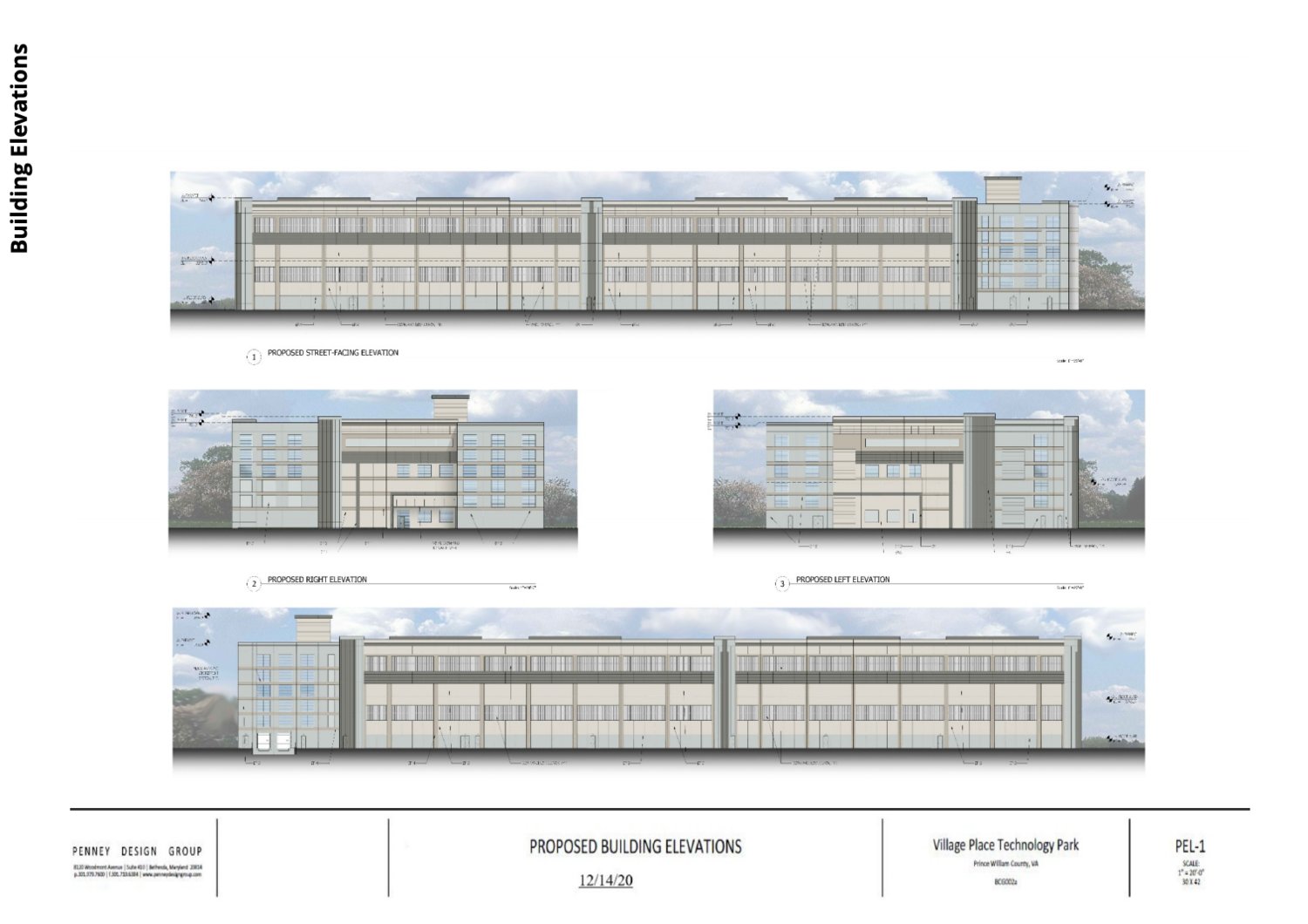 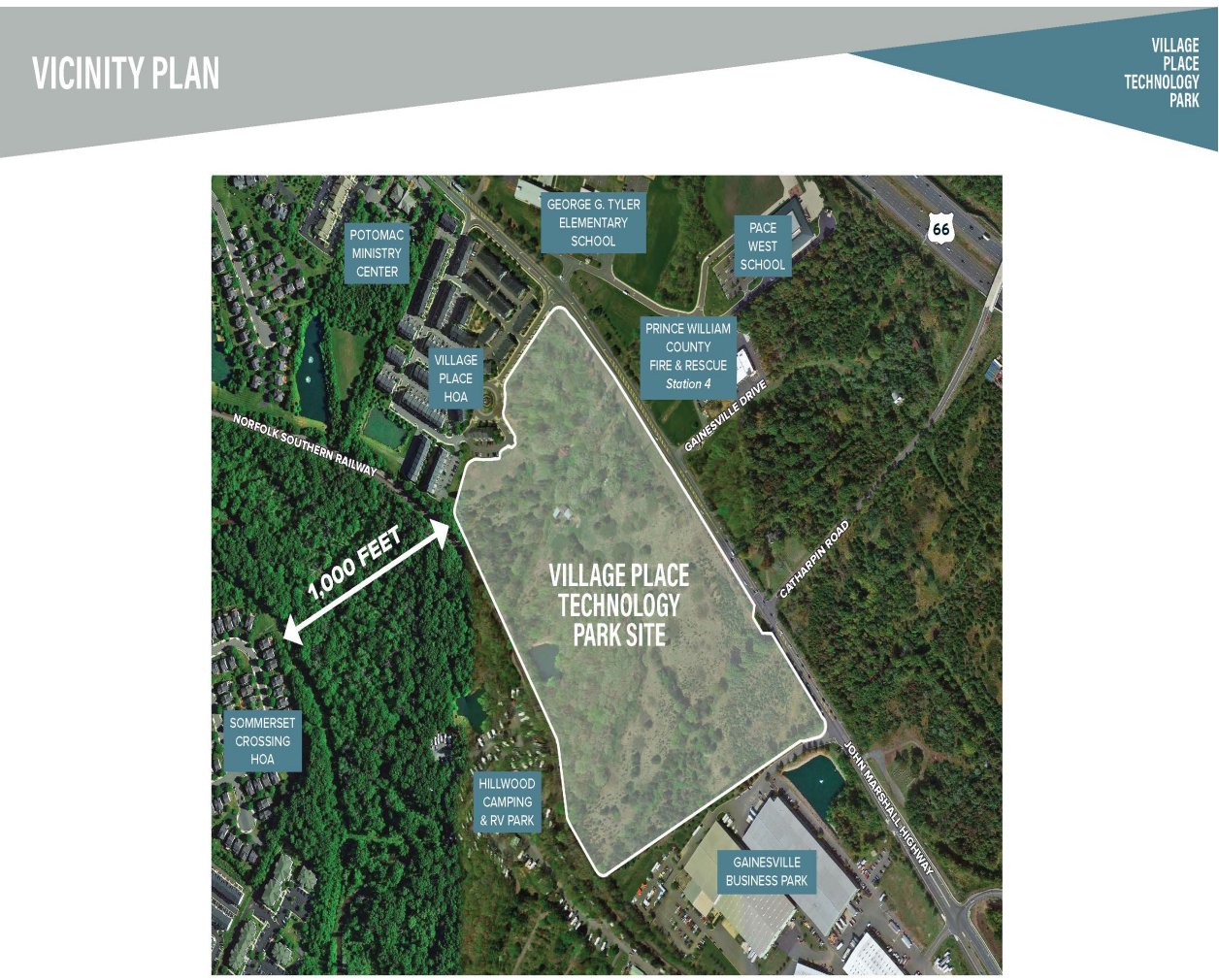 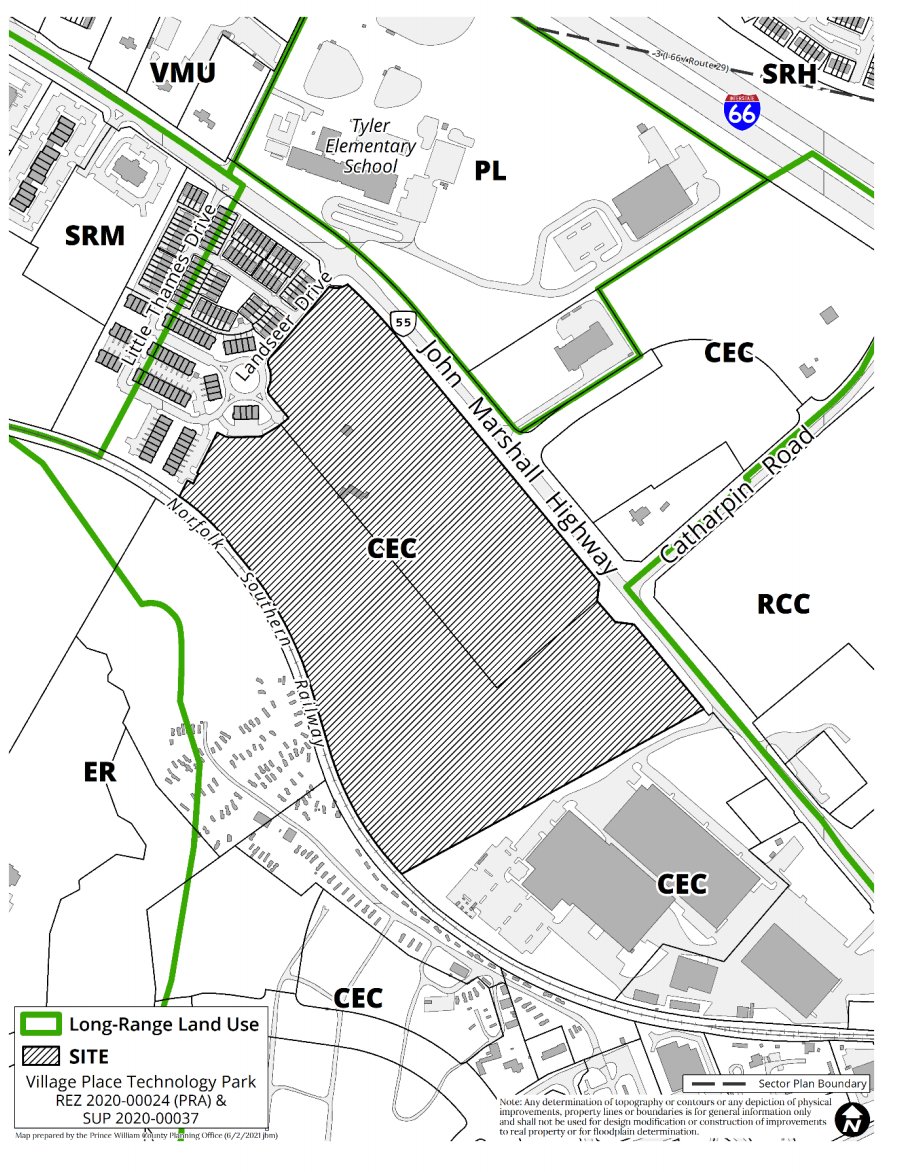 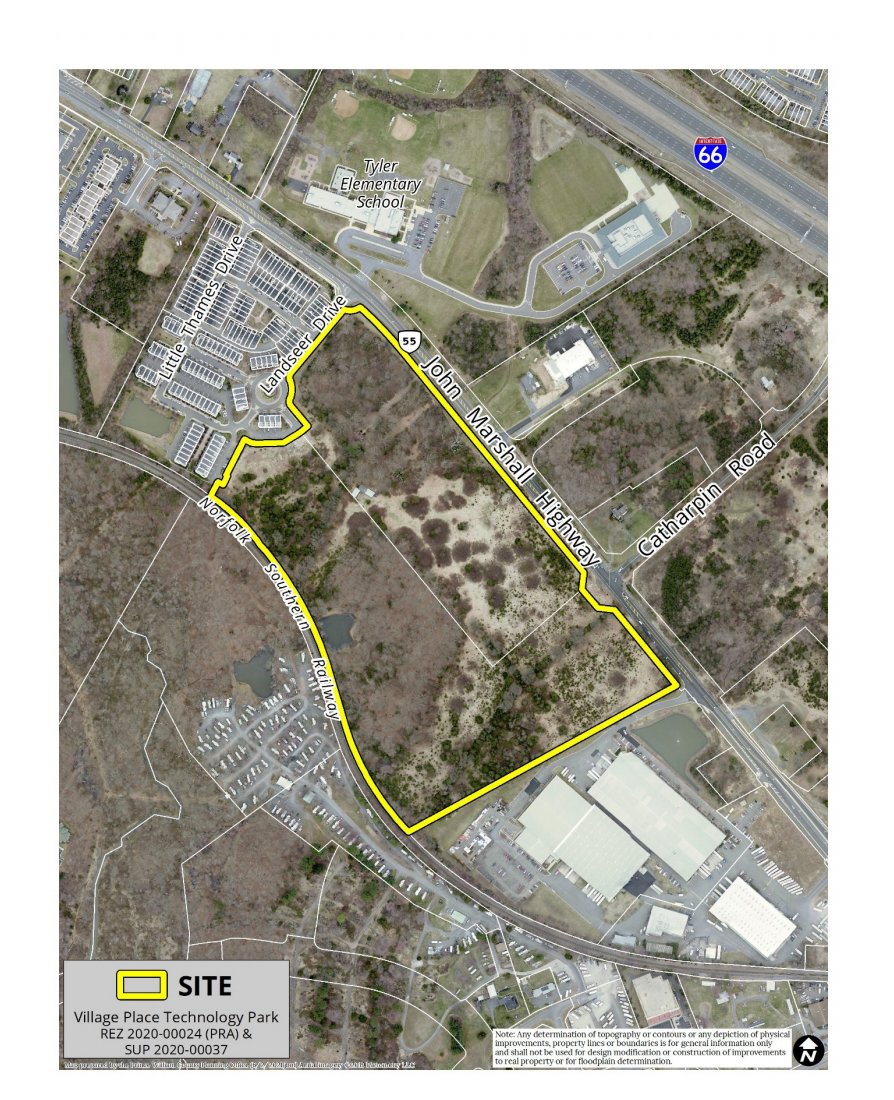 “This has been a very tough one to consider, said Candland. “The applicant has been fantastic to work with. I do appreciate some of the enhancements to the proposal. It’s a far cry from those data centers being approved a decade ago. [But] it comes down to a lot of these power questions. I just don’t think I’ve been persuaded. There is just so much angst and concern in this part of the county when it comes to power line and transmission lines needed.”
Supervisor Pete Candland
Stacy Shaw

Via a 5-3 vote, the Prince William Board of County Supervisors approved a data center to be located upon 45.5 acres along John Marshal Highway across from Catharpin Road in Gainesville.

The property is located at the entrance to Route 55, the “gateway to Haymarket,’ with light industrial to its east and residential townhomes and condominiums at “Village Place” to the west. It is across from the new Pace West school and close to Tyler Elementary School.

Peter Candland (R), Gainesville Supervisor, voted against the project that was in his district, saying it was a question of whether additional high-voltage power lines and substation would be needed. Brentsville Supervisor Lawson (R) opposed the project for similar reasons.

Supervisor Yesli Vega (R) of the Coles District said that it is not within the data center overlay district, and they should wait to hear from the consultant they hired to first make his recommendations.

County Planning Staff and the Planning Commission recommended the project for being in area on the edge of an industrial district. Other supervisors agree that it was a good project for the location with good proffers and mitigations.

In 2002, the property had been zoned for mixed use development, including homes similar to those in Village Place (townhomes and stacked townhomes) and a small commercial shopping center. However, the property was never developed as intended. The applicant felt the I-66 bypass made the location less desirable for retail.

In order to make the data center more aesthetically pleasing, the 70 foot building has been designed to look like 6-story modern office building. “Faux windows” will create the illusion of multiple floors within the 2-story structure.

The data center will employ state-of-the art technology to keep the data center as quiet possible. The applicant also proffered berms, fences and set the four buildings back from road and the residential community. Landscaping along the road also made the proposal more appealing, and and  walking trails, which Village Place appreciated.

However, the Village Place HOA did not send an approval letter. Rather the HOA outlined some things they liked about the plan and hoped the applicant would do. No Village Place resident spoke during the public hearing.

Supervisor Candland said he received almost 400 emails about the data center, but not many people showed for the public hearing.

There were only seven speakers all of whom opposed the data center. They included the same people who have been consistently advocating for the supervisors to limit themselves to the overlay district, including Elaina Schlossberg of the Coalition to Protect Prince William County and Bob Weir of the Haymarket Town Council.

Speakers harkened back to the 2014 against the “power towers” going into the Haymarket community to serve the Amazon data center. The question was where should the be placed. Rather than having neighborhoods turn against each other, Haymarket and Gainesville residents stood together against the large transmission lines, and ultimately the SCC agreed to bury them underground and run them along I-66.

Now, the new applicant said there was sufficient existing power for their data center coming from existing substations, so that new high tower transmission lines would not be required although it would provide more reliability. The applicant also stated they would abandon their plans should high power transmission lines be needed to come from the west through Haymarket.

Citizens said that is very “vague” is not how it works in Virginia. Last time, Dominion Engergy proposed numberous possible lines. If they couldn't run lines from the west, it would go through some other neighborhood. Moreover Dominion Energy and State Corporation Commission would not pinpoint the new data center as triggering the energy need, but look at it holistically.

And both Candland and Lawson believed that it is a very real possibility that the new data center would trigger the need for more high-power transmission lines.

“This has been a very tough one to consider, said Candland. “The applicant has been fantastic to work with. I do appreciate some of the enhancements to the proposal. It’s a far cry from those data centers being approved a decade ago. [But] it comes down to a lot of these power questions. I just don’t think I’ve been persuaded. There is just so much angst and concern in this part of the county when it comes to power line and transmission lines needed. I’m not persuaded that the needs are going to be satisfied without additional lines. I just don’t think I can get there today.”

Lawson offered a similar argument. “No one from that community has really strongly persuaded me that this is a win-win,” she said, adding that Dominion can’t guarantee where a power line would go.

However other supervisors saw merit in the project. Supervisor Margaret Franklin (R) of Woodbridge said it would create high paying jobs and it is a good location. (There was some question over whether they would be union jobs or just the construction work would be unionized.)

Supervisor Kenny Boddye (R) of Occoquan said he would rather it have been affordable housing but since that hasn’t happened yet, he thinks the board should accept the proposal.

Vega, who opposed hiring a consultant, said they should wait a few months to hear what the consultant thinks.

“We’re paying a consultant a lot of money [to advise us on where we should place our data centers.] We have not had that process play out yet,” said Vega.

She asked staff can encourage others seeking to build data centers to hold off for a few months.

The Winery at Sunshine Ridge Farm