Candland Proposes No Votes on Land-use, Budget After Midnight 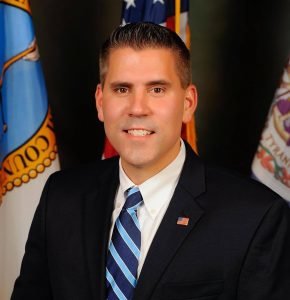 Prince William County, VA – During the April 6 meeting, Supervisor Pete Candland (R-Gainesville) gave his notice of intent to bring forward a resolution that would require votes by the Board of County Supervisors on land-use and budget matters be taken before midnight. Several recent high-profile votes have been taken by the Board well after midnight.

Since early 2020, the Board of Supervisors have found themselves discussing land use issues of great public interest well after midnight, with one occurring after 4 o’clock in the morning. Among the most contentious projects were Devlin Road, Preserve at Long Branch and the Independent Hill Small Area Plan. Supervisor Candland also cited an attempt by Supervisor Angry after 1am to have the Rules of Procedure waived to initiate a zoning text amendment for the purpose of expanding the Data Center Overlay District into the Rural Crescent.

Directives and statements by several Board members in recent months have signaled a renewed interest in developing the Rural Crescent to allow for data centers, high density housing and industrial uses. Supervisor Candland stated, “We have many folks living here in Prince William County whose day to day lives are greatly impacted by the decisions we make up here.

They are working jobs, sometimes two, raising children and have busy lives that probably don’t allow them an opportunity to stay up past midnight, much less 1, 2, or 3 o’clock in the morning. They have the right to see their elected officials take votes that will impact our county for generations.” Candland concluded, “This resolution will not restrict the resident’s right to be heard in any way, but will require that the Board conduct its business with the greatest amount of transparency.”

During a Facebook Live post between the afternoon and evening sessions, Supervisor Candland encouraged supporters of his amendment to email the Board of County Supervisors at BOCS@pwcgov.org and voice their support for his initiative.

No Board action was taken, but according to Supervisor Candland the Board will be taking up his proposed amendment at their next Regular Meeting on April 13.

This article has been submitted by the Office of Supervisor Peter Candland.