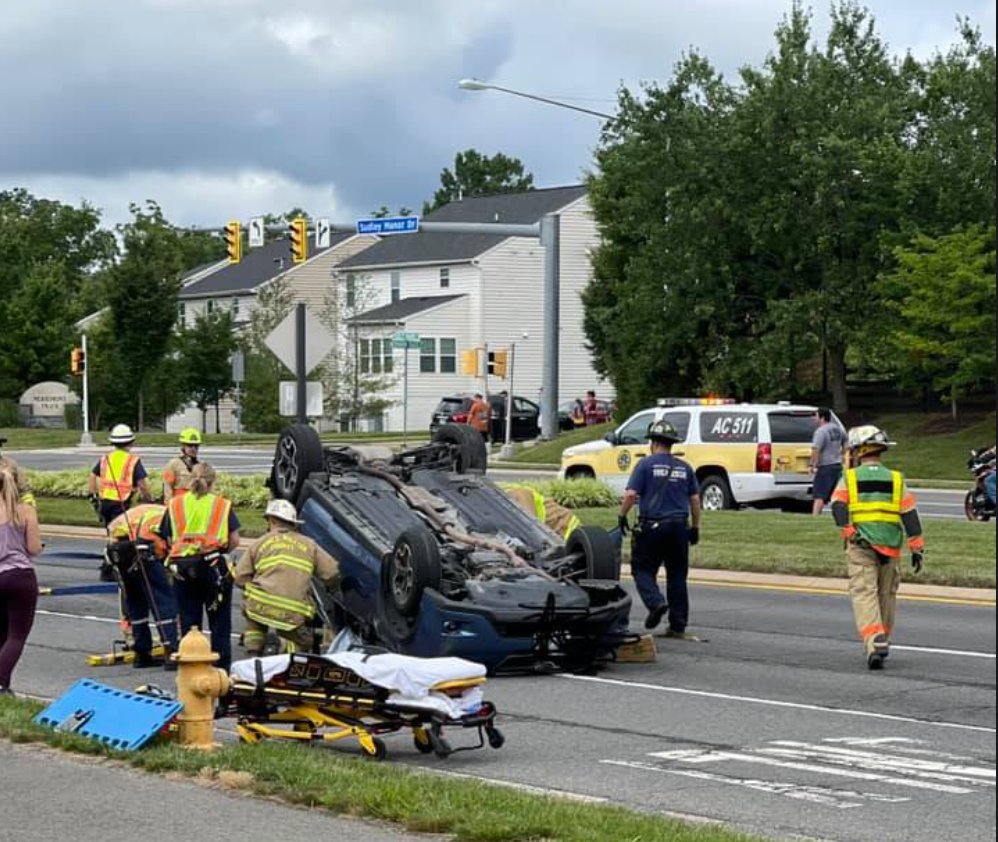 June 28- Police update towards bottom of the article.

One person was trapped inside the overturned vehicle. Prince William Police are reporting that she is in stable condition.

"Fire dept on the scene confirmed one entrapment and one vehicle overturned. Patient isn't injured but have to stabilize the vehicle to get the person out," posted Western Prince William Scanner Feed.

Traffic was diverted through the Braemar Shopping Center.  The road has since been cleared.

The woman was in the vehicle alone. According to police, firefighters first stablized the vehicle in order to extract her.

There has been no report of serious injuries sustained.

2tdrShprocnsored  ·
Crash. Entrapment and overturned vehicle.
Sudley Manor Dr @ Merrimont Trace Cir.
Sudley Manor Dr is closed and traffic is being sent into the Braemar Village shopping center.
Pulse point has this listed as Sudley Manor @ Linton Hall. That is not the correct location.
UPDATE:

Fire dept on the scene confirmed one entrapment and one vehicle overturned. Patient isn't injured but have to stabilize the vehicle to get the person out.

On June 26 at 11:30 a.m., officers responded to the intersection of Sudley Manor Drive And Braemar Village Pl. In Bristow (20136) for a 2 vehicle crash.
"At this time the investigation revealed that a 2014 Subaru Crosstrek was traveling North on Sudley Manor Drive, and as it approached the intersection with Braemar Village Place., the driver, a 40-year-old woman, disregarded the traffic signal and continued through the intersection," said PIO Renee Carr.
The driver of a 2017 Nissan Pathfinder, a 57-year-old woman, was turning from Braemar Village Place Onto Sudley Manor Drive and struck the Crosstrek.
"The Crosstrek then rotated, flipped and rolled before coming to rest on the roadway," said Carr.
Both drivers were transported to an area hospital with non-life threatening injuries.
No further information at this time.