Officials to Discuss Traffic Signal at Intersection of Somerset Crossing 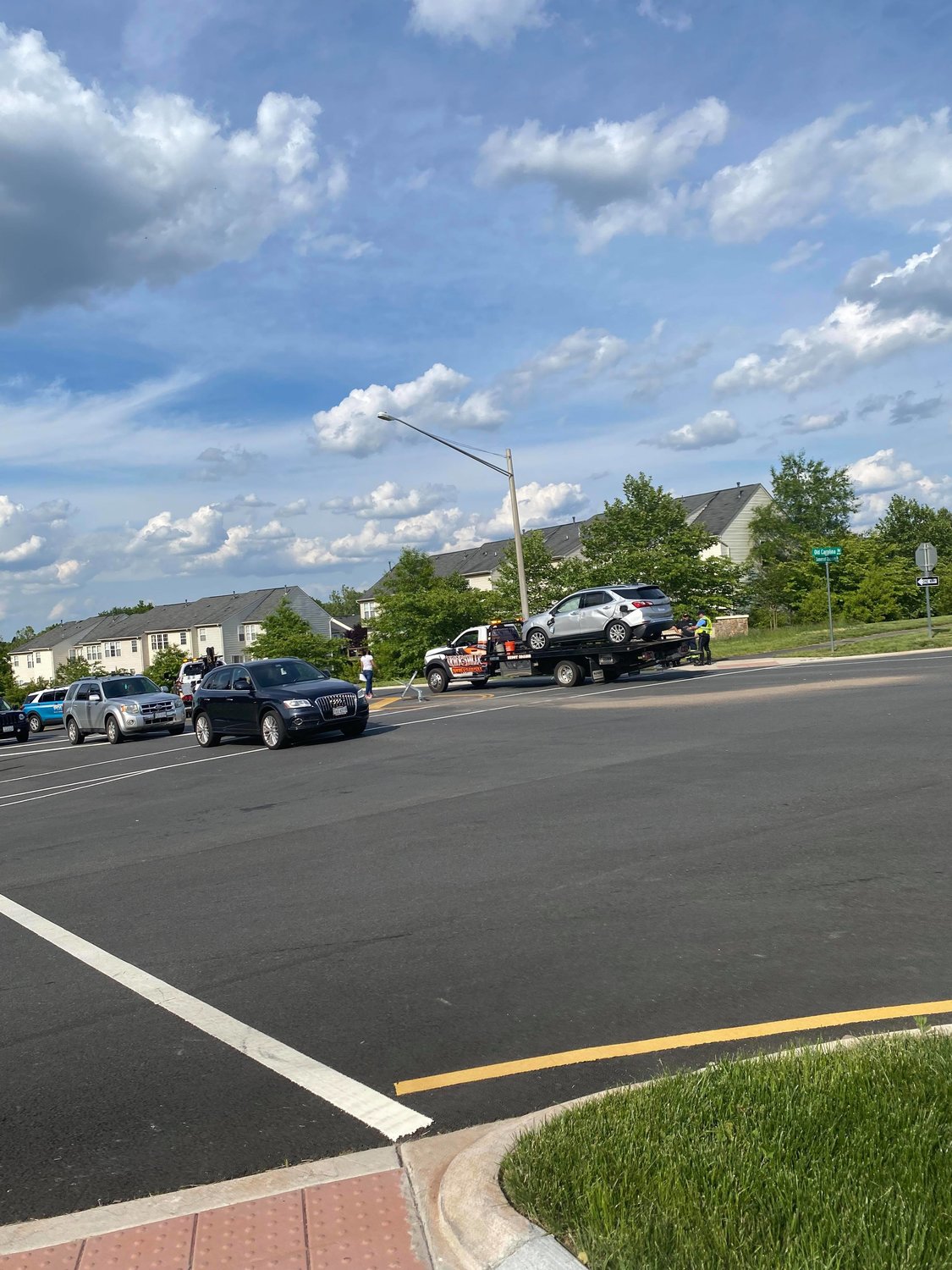 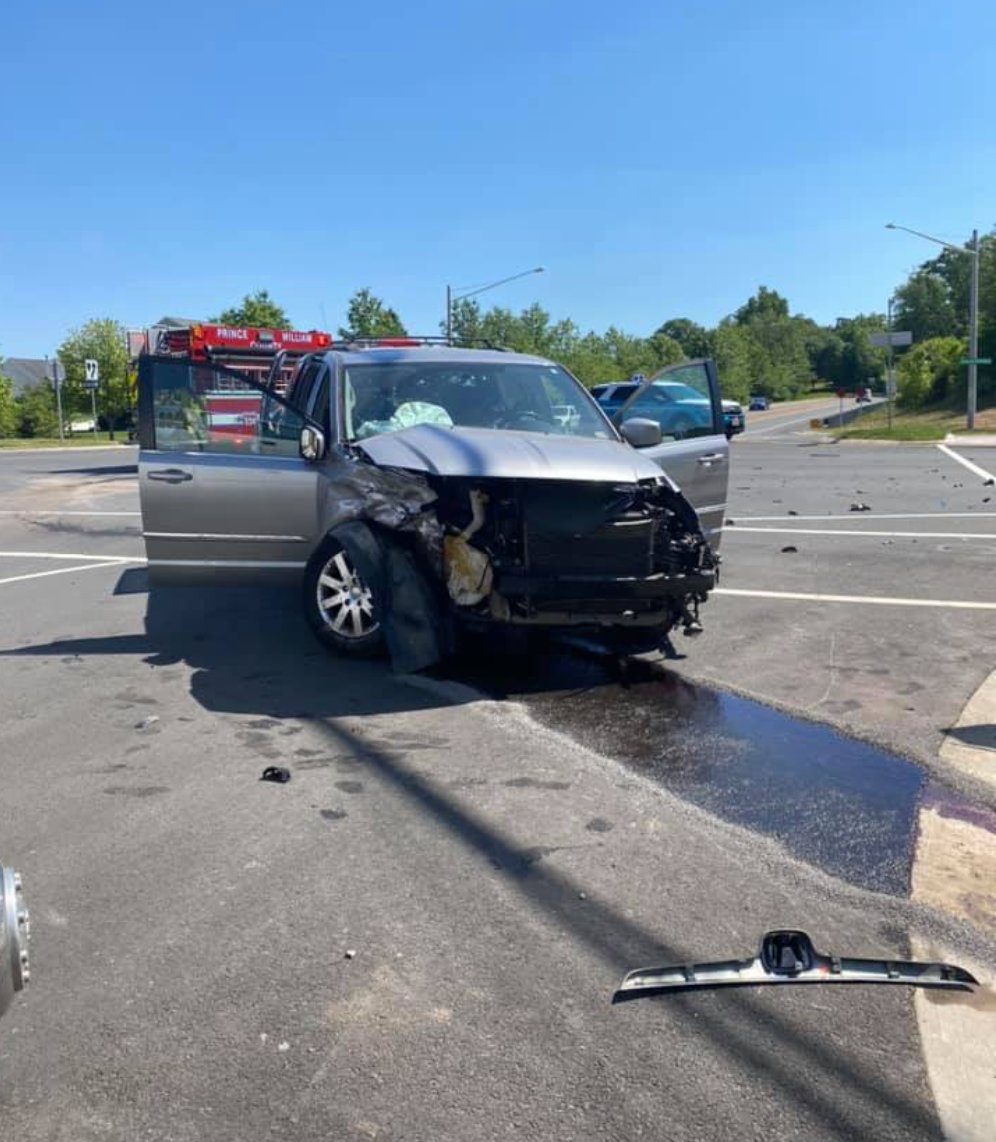 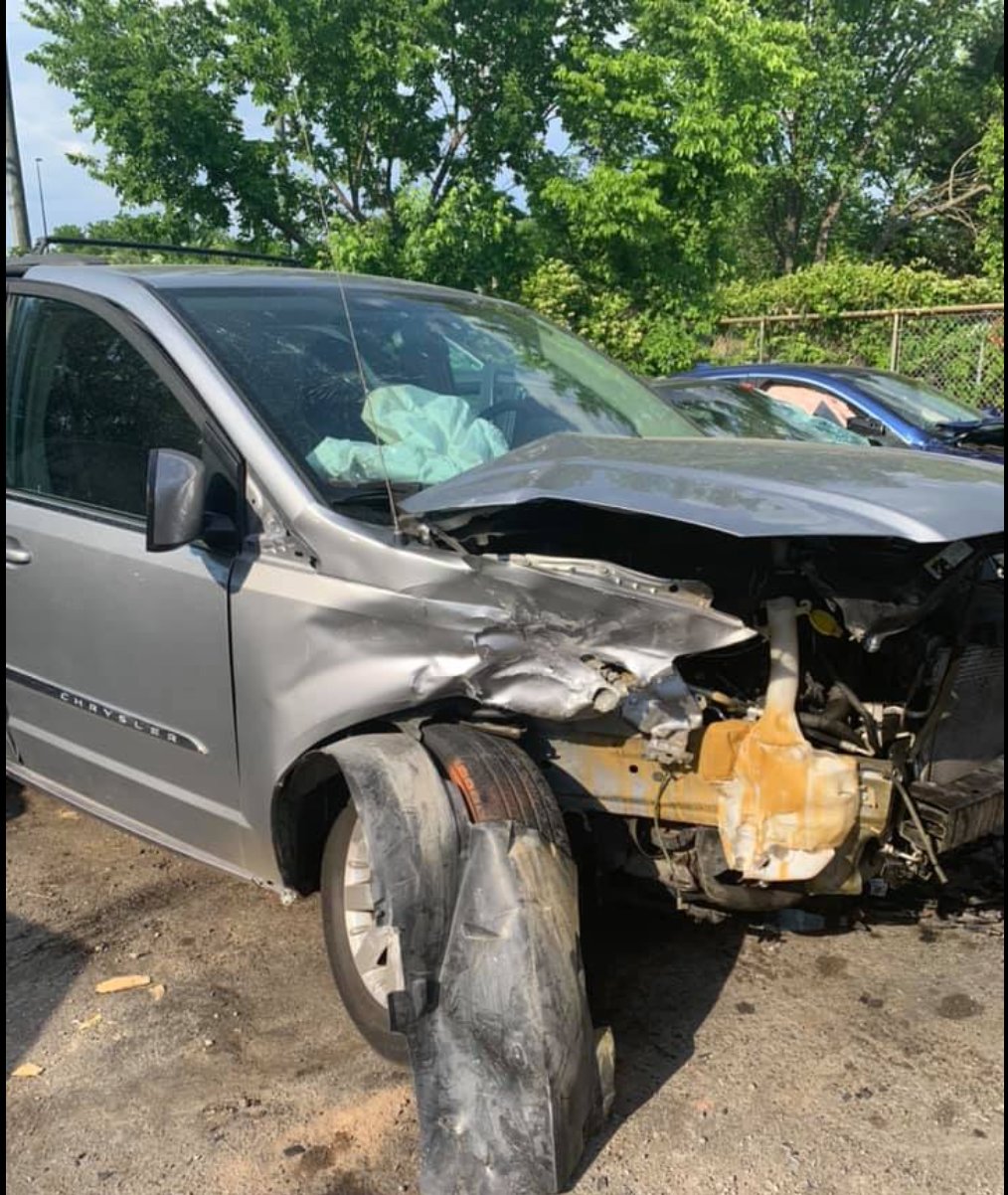 The compact car after the May 19 accident at Somerset Crossing.
Amanda Foster (Western Prince William Chatter) 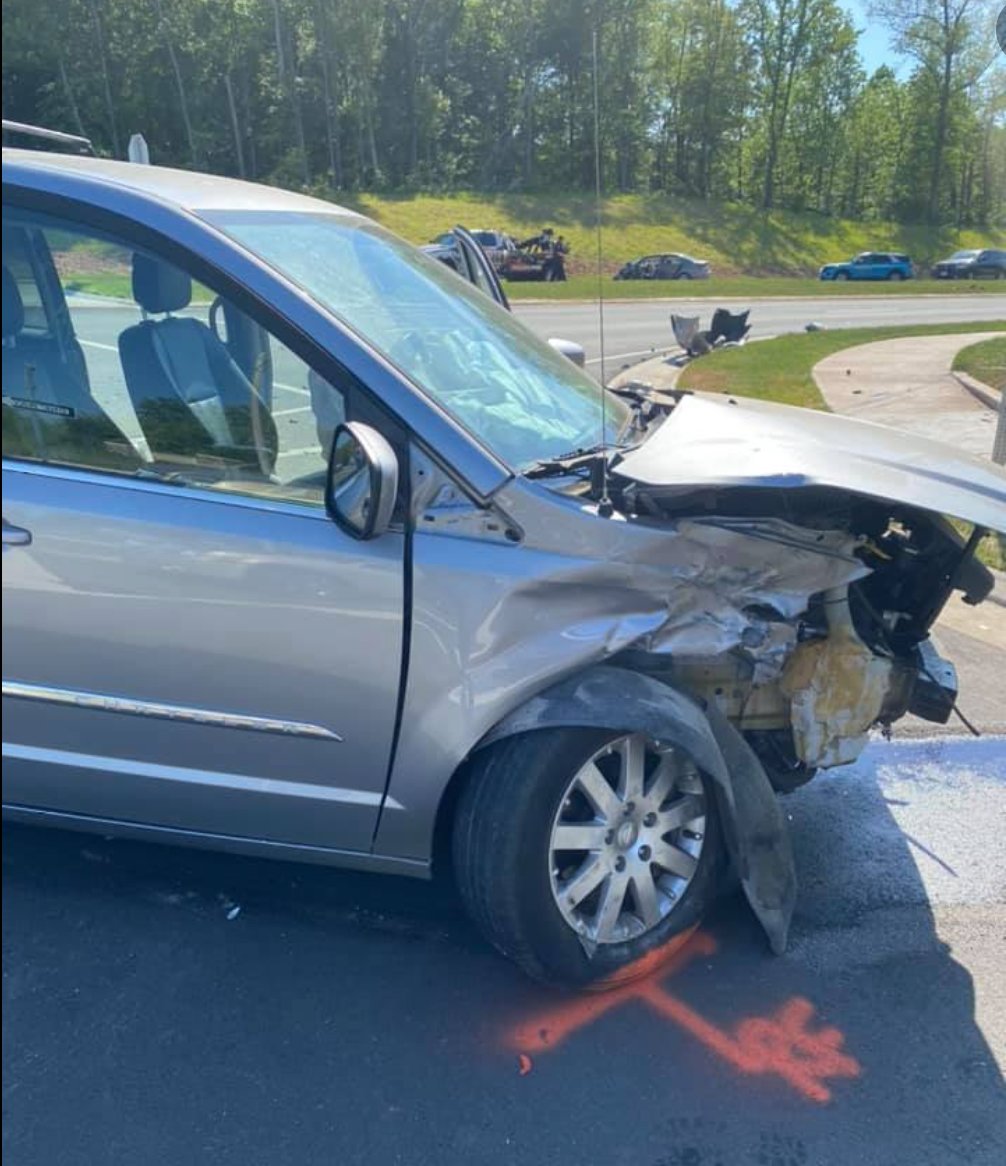 Side view of Amanda Foster's van on May 19.
Previous Next
Posted Tuesday, May 25, 2021 2:13 pm
Amanda Foster Warns It Could Have Been Worse

"The intersection is deadly," said Foster. "Even if someone hasn't died, 7 children under 17 could have lost their lives two days ago [on May 19], and our wonderful nanny. "”
Amanda Foster
Somerset Crossing
Somerset Crossing/Old Carolina Road
Gainesville, VA 20169
View larger map
Stacy Shaw

Last week, Amanda Foster posted on Facebook about a car accident that shook her family to its core. According to Foster, her nanny was driving her four children, ages 1-6, in her mini-van, Wednesday, when she says they were hit by another vehicle at the intersection of Old Carolina Road and Somerset Crossing in Gainesville.

It is a four-way stop, but apparently one where accidents are far too common. There have been at least three  two-car collisions at that intersection in the last two weeks. Last week, another less serious accident occurred on May 17, and another occurred on May 9, according to the Prince William Police.

Knowing this, Foster did not blame the new driver in the other vehicle. She blames the four-way stop for being ineffective in preventing collisions.

Fortunately, everyone lived and no one in Foster's household was hospitalized. Sadly, two teenage girls in the other car were medivacced to the ICU. Foster has kept in touch with their family, praying for their recovery.

She wants to make sure officilas fix the intersection so these types of horrible accidents do not continue to occur.

"The intersection is deadly," said Foster. "Even if someone hasn't died, 7 children under 17 could have lost their lives two days ago [on May 19], and our wonderful nanny. "

"I have FOIAd VDOT for all records of incidents there for the last 18 months," she said. "And I will not stop until there is a change. Those are my children and I could have lost all of them."

Commenters on Western Prince William Chatter discussed different options for the road. A traffic light may be needed, but other suggestions include a traffic circle or road bumps to slow vehicles before the intersection.

Brentsville Supervisor Jeanine Lawson released a message on her Supervisor Facebook Page, Friday, noting she had requested a better traffic mitigation system on that site more than a year ago.

While no action was taken at that point, VDOT and Prince William Police will now discuss  traffic improvements for that intesection.

"Recent serious accidents at the intersection of Old Carolina Road and Somerset Crossing Boulevard. have unfortunately confirmed the safety concerns I voiced prior to the extension of Somerset Crossing opening in January of 2020."

"This intersection was designed a decade ago as part of Virginia Crossing, and was constructed as planned. Traffic volume has increased significantly here since then, and this intersection has never functioned well."

"With that in mind, last month I requested PWC Transportation Dept. utilize Brentsville District funds to pay for a VDOT Intersection Improvement Study. Due to the sharp increase in accidents with injuries, the timeline for getting this done has accelerated."

"PWC Transportation will be meeting early next week with VDOT officials, as well as PWC police, to discuss what logistically can be done, as soon as possible, to improve this intersection. Our goal is to provide pedestrians, bicyclist, and drivers with the safest way to move through this intersection."

"We will continue to pressure all agencies, state and local, to keep this project a high priority not only to seek a permanent solution, but also an interim action that can be implemented quickly."

Bristow Beat is further researching traffic accidents that occurred at the intersection of Old Carolina Road and Somerset Crossing and will update with new information.

Oil Tanker Spill on I-66 in Gainesville