Danica Roem to Run for Virginia Senate in 2023 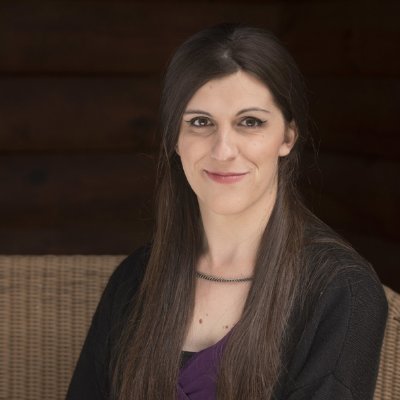 Virginia Del. Danica Roem- D of the 13th District announced her 2023 run for the Virginia Senate this morning. She hopes to represent the newly formed 30th district that includes Manassas, Manassas Park and areas of Western Prince William County.

Roem made headlines across the nation for being the first transgender person to be elected to and serve in a state legislature. She defeated ultra-conservative Republican Bob Marshall in 2017 and took office in 2018. That year proved to be historic for Democrats who won the Virginia statehouse. Roem won again in 2019 and 2021. Now she will face Republican candidate Ian Lovejoy who served on the Manassas City Council.

In an interview with Bristow Beat, this morning, Roem said she is running on her strong record of getting things done and of being responsive to her constituents. During her time in the legislature, she has passed 32 bills and held 30 plus town halls. She plans to continue fighting for transportation, children, and inclusion in Virginia.

Roem ran on pressing local issues such as fixing Route 28. The 28 construction project is underway in Centreville. It’s part of a larger effort, Roem said, of “preserving and expanding"  Virginia's transportation safety projects.

She continues to work on securing funding for the road improvements on Route 28 and said it is okay that it is not fully funded yet, as the project needs to progress in stages.

In the Bristow area, her top priority is implementing the results of the Rolling Ford Road Study.  There have been several fatal crashes on that road, which is traveled by many pedestrians.  The study recommends building three new modern roundabouts at intersections to slow traffic and increase visibility. She also wants improvements on Route 55 and Graduation Drive where there have been recent traffic deaths.

To achieve more safety road projects, she is proposing giving 10% of the non-earmarked state surplus to localities for their transportation improvements. But others say Virginia needs to cut its transportation budget.

“You cannot tell me- when my constituents are dying on our roads - that we have enough money going to improve safety conditions on our roadways,” she said. “There’s not a surplus. There’s $40 billion in unmet needs.”

Roem wants to expand OmniRide service to connect to areas her constituents work outside the Beltway, such as Centreville, Dulles, Herndon, and Burke. She wants to bring VRE and mass transit to Prince William/Manassas areas on weekends.

Roem wants to protect rural Gainesville and the area surrounding the Manassas Battlefield from the digital gateway, with its data centers, and the BiCounty Parkway. The Sierra Club and League of Conservation Voters stand with her. “They know my record. They know my priority.”

Senate Majority Leader Mitch McConnell-R said the U.S. needs to end that program. If it ends on a national level, Roem will continue to help feed hungry children in Virginia.

Democrats in the statehouse were proud to support Medicaid expansion in 2018, but some Republicans still want to reduce access to Medicaid and “Obama Care.” Thirty-thousand of her constituents depend upon those programs, she said, and they were life-changing and “lifesaving” during a worldwide pandemic.

As a former news reporter, Roem wants to expand FOIA [Freedom of Information Act] protections in Virginia. She wants to make it easier for reporters and taxpayers to access to information.

Roem believes Virginia will need strong Virginia Democrats elected to protect rights under attack by the federal government. Should the Supreme Court overturn Roe vs. Wade, Virginia's women could lose their abortion rights.

“Republicans will very much be putting forward bills to restrict and eliminate abortion,” she said. “We’ve already seen legislative attempts this year.”

She expects to see bans after 20 weeks proposed, and even bans, “from the moment of conception.” Roem says the majority of her constituents do not want limitations on a woman's right to choose.  As a transwoman, bodily autonomy is very to her, as affects her ability to transition.

When she ran for office some wondered if she would only support LGBTQ+ issues. She said it's Republicans who continue to bring those issues to the forefront, attacking rights. As a person who has lived those experiences, she believes her perspective is important.

In limiting the rights of LGBTQ+ of students, she said Republicans are attacking their “teenage constituents,” and a vulnerable population.

She wants inclusivity in the school curriculum because LGBTQ+ students and people of color need to see themselves represented. She said inclusive books should not be censured in Virginia public schools.

Roem believes that her proposals to expand transportation and protect inclusion will make Virginia a more welcoming state for businesses, as well as many other issues she champions.

Politico has a Democrat favored to win in the newly drawn district. Roem won the 13th district even as many Democrats lost their seats, so she thinks she has an excellent chance of being elected next year.

“I outran the top of the ticket last year. I won in places McAuliffe lost. Do you know what it takes to be a transwoman who picks up bipartisan support?”

She said the people know she is not just there for partisan issues, but that she works for them.

Roem wants to serve in the Virginia Senate where she will be one of fewer representatives and thus her voice and vote will be amplified.

Danica Roem is a former journalist and metal musician who grew up in Manassas. She is proud and thankful to have been able to serve her neighbors for the past two and a half years.

Changes/Corrections: Del. Roem did not propose 18 traffic bills, but 18 bills in total this year, nine of which passed. Two of those bills were about transportation. Edited at 1:42 p.m.- She supports "modern roundabouts" on Rollins Ford Road in Bristow. She wants to serve in "the Virginia Senate."