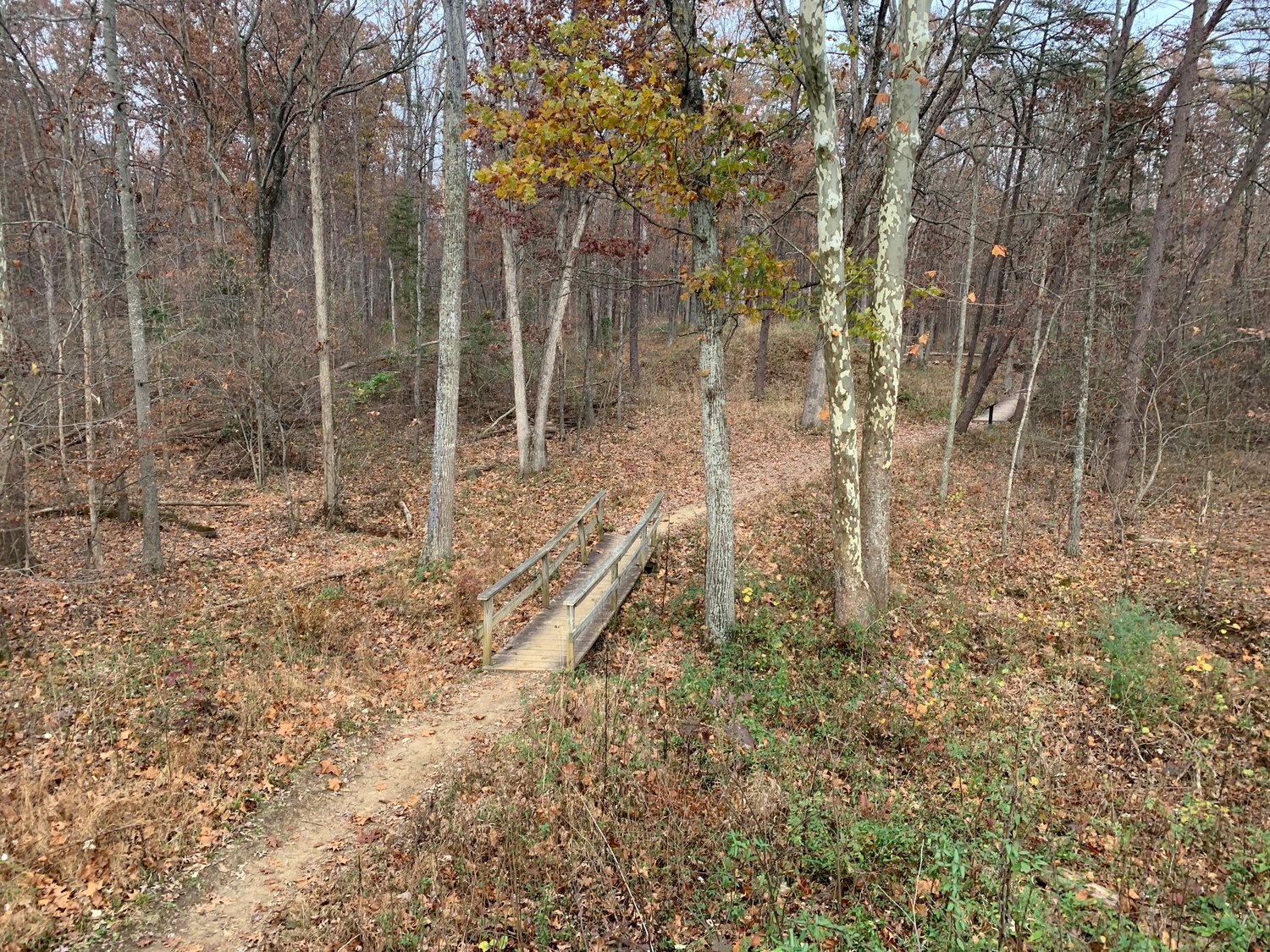 However, it is also wrong for the first majority-minority community in Virginia to insist that the people of color, who largely live in the eastern end of the county, continue to carry a heavier than necessary tax burden, send their children to overcrowded and underfunded schools, and seek employment at jobs with intolerable commutes so that people in the western part of the county don't have to endure a data center being placed next to the “glorified” battlefield of the Confederacy's epic quest to preserve its abhorrent institution.”
Pageland Lane Stakeholders

Ken Burns letter to the Prince William County Board of Supervisors

Last week, filmmaker Ken Burns, the creator of renowned the Civil War Series, wrote to the Prince William Board of County Supervisors to express his opposition to building a data centers corridor in close proximity to the Manassas Battlefield, a Federal U.S. Park.

The Prince William Digital Gateway is proposed to replace land currently zoned agricultural/low-density residential, adjacent to the 5,100-acre Battlefield. Burns felt it would be ill-advised for the posterity of the park.

"As a student and chronicler of American history for more than 40 years, I can attest to how fragile our precious heritage is and how susceptible it can be to the ravages of 'progress,'" wrote Burns.

"I learned while making my documentary series The Civil War in the late 1980s-- and again when I made my 2009 series on the history of the national parks- how crucial the preservation of up to 2,133 acres of data centers will have on this hallowed ground."

This week, residents in the Pageland Lane area wrote their own letter to the supervisors, essentially telling Burns to bud out of local affairs.  The letter is entitled 'Filmmaker Ken Burns Doesn’t Live in Prince William County and He is Living in the Past.' (That letter is attached.)

Burns obviously has an interest in The Manassas Battlefield as The First Battle of Bull Run (aka First Battle of Manassas) marked the first major land battle of the American Civil War. Approximately 3,000 Union soldiers died at that battle and though they won, Confederates lost 1,750 men.

But in their letter to the supervisors, stakeholders equated the Manassas Battlefield firmly with the Confederacy, stating that the Manassas Battlefield glorifies the Confederacy and the "abhorrent" institute of slavery. In the same paragraph, the author alleges that denying data centers in Gainesville hurts neighborhoods populated mainly by people of color in other parts of the county. the data centers could bring in needed tax revenue, which would have an overall positive effect on schools, traffic and quality of life in the county.

The letter is signed by Pageland stakeholders and residents of Pageland, Dominique Estates residents, Trappers Ridge re, Catharpin Farms, Marble Hill and Haddenfield Estates in the Gainesville Magisterial District.

Filmmaker Ken Burns’ latest gift to the Confederacy is a letter to our Prince William County Supervisors against a proposal to allow data centers adjacent to (not in) Manassas National Battlefield Park. The PW Digital Gateway proposal would allow data centers on land adjacent to the Park Service land – similar to that which is currently under construction at Gainesville Crossing. But the Park Service does not own the land in the CPA area; in fact, it is actually precluded by federal law from owning all but 9.8 acres of it. Make no mistake:  Pageland Lane will be widened in any event as validated by the Battlefield Park’s long-standing Master Plan of creating a Battlefield Bypass on Pageland.  This Bypass is also strongly supported by both VDOT and Loudoun County.  The Bypass was also an integral part of the consideration for the approval of Gainesville Crossing, a 3 million square foot Data Center adjacent to the Manassas Battlefield and on Pageland Lane.

As a renowned and respected documentary filmmaker, Mr. Burns in his documentaries has been fair showing opposing sides of a story.  Before sending his op-ed piece, why did he fail to engage with the residents of Pageland Lane in order to get a balanced view?  It is disappointing that his opinion piece is based solely on the “facts” and views from a few special interest groups and none from the farmers and residents who live there and other Prince William residents who support this economic initiative.

The question now is for what use will the land be developed? Higher-density housing beyond the single-home-per-10-acres currently allowed would flood the county’s school systems and distribution centers would put thousands of tractor-trailers on the roads every day. Our proposed plan to bring data centers, restricted in height (shorter than the current transmission lines), buffered by trees to protect the Park Services’ viewshed (as the Park Services’ own plan currently requires), resulting in far less traffic than other potential uses, will bring the county game-changing increases in tax revenue, local jobs, and opportunity for all county residents.

Loudoun County has modeled the success of having a diverse economy of high-paying jobs, a growing data center industry, and some of the most valuable personal real estate in the nation. Why should Loudoun County have all the revenue and jobs? Like much of the country during the pandemic, unemployment numbers have increased in Prince William County. Too many of those who are employed must leave our county for work and endure long commutes on crowded roads. We need to invest in infrastructure which has for far too long lagged behind the explosive population growth we have experienced in the last few decades. We need new and improved schools, more teachers, and better educational opportunities for our children. The hundreds of millions of dollars in tax revenue these data centers will realize for the county will help us meet all these needs and more. Data centers are low rise and bring less traffic than many uses while providing high-paying jobs for our county residents.

Regarding the damage to the Manassas National Battlefield Park which adjacent development on private land supposedly threatens, where has Mr. Burns been when growth boomed around so many other Civil War battlefields? Vicksburg National Battlefield has a Motel 6, Super 8, Hampton Inn and Popeye’s adjacent. Fredericksburg has a UPS Customer Center across the street. Gettysburg National Military Park has a McDonalds, Wendy’s, KFC and Best Western at its doors. Lexington & Concord Battlefield (Minuteman National Park) has Hanscom Air Force Base adjacent – the busiest aviation airport in America. The data center projects in Prince William would leave hundreds of feet of buffers with thick trees and more, to protect, not harm, the battlefield viewshed. Further, the data center industry is at the forefront of environmental protection through its carbon-footprint reducing technology.

Many question the need to celebrate the Confederacy or its victories on the battlefield at all. Worrying about private land being used to help a county in need of jobs, revenue and growth should be more important. Our nation’s history is important to us all - one we need to remember lest we find ourselves repeating it. A conversation is needed that goes well beyond statues and hallowed ground, especially in an area in a majority-minority county that seeks to honor and celebrate those who fought on the side of slavery. However, it is also wrong for the first majority-minority community in Virginia to insist that the people of color, who largely live in the eastern end of the county, continue to carry a heavier than necessary tax burden, send their children to overcrowded and underfunded schools, and seek employment at jobs with intolerable commutes so that people in the western part of the county don't have to endure a data center being placed next to the “glorified” battlefield of the Confederacy's epic quest to preserve its abhorrent institution.

The Manassas Battlefield should be preserved, and it has been.  It is federally protected land.   However, as a lesson of the past, it is static.  In the age of remote learning, lessons are beamed into the homes and classrooms of students across the country.  Children who may never have the opportunity to visit the Manassas Battlefield will have more options to learn about it, be it from online texts or streaming Ken Burn's films, but only if we have the online capacity to forward those lessons to those students.

Ken Burns has done much to tell the stories we share as Americans, both the painful and the powerful parts, and his opinion is valuable.  However, he is one man speaking on an issue from hundreds of miles away and without taking the time to fully research all the issues.   We, the residents of Prince William County, are working to create opportunity for our nearly half a million residents right here at home.