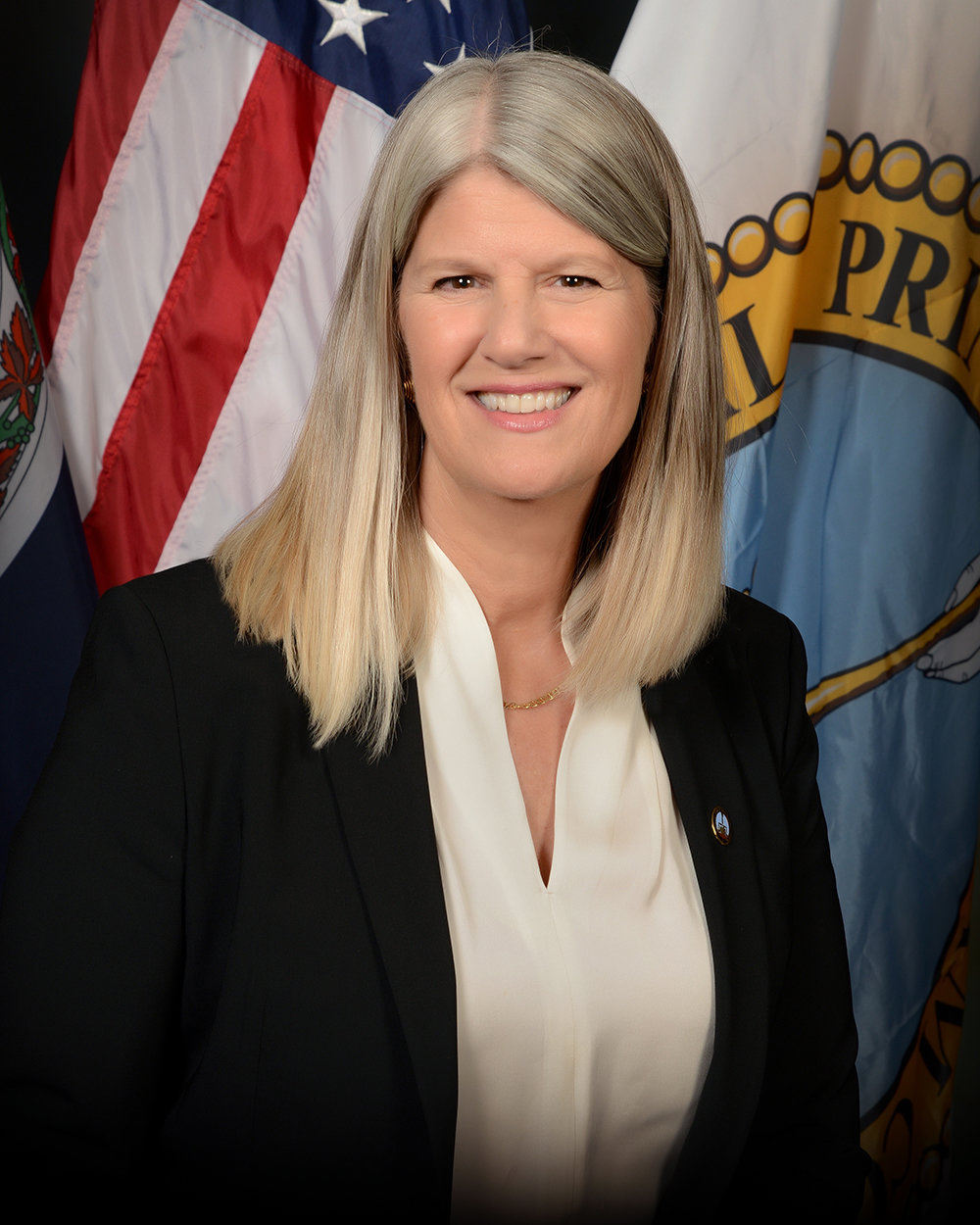 Chair Wheeler-D purchased stock in multiple technology companies after assuming her position on the board of supervisors, in 2019, according to her financial records disclosed to the county.

As of last week, Wheeler held hundreds of thousands of dollars, possibly millions, invested in stocks of companies that utilize data centers. She purchased the great majority of those holdings while she began to advocate for data centers in the county. She purchased a few more in the subsequent year.

One of her largest holdings was in Blackstone Group, the primary data company behind the PW Digital Gateway proposal in the Gainesville District. The records show that she owned between $50 and $250,000 in that stock alone.

According to its website "Blackstone is a leading global investment business investing capital on behalf of pension funds, large institutions and individuals. We invest across the alternative asset classes in private equity, real estate, credit and hedge funds as well as in infrastructure, life sciences, insurance and growth equity. Our efforts and capital grow hundreds of companies and support local economies."

While Blackstone is not a technology company it has purchased shell properties intended for data center use in Northern Virginia as part of its real estate portfolio as per an article on dgtlinfra.com dated Dec. 22, 2022.

Blackstone itself has shared an article about how profitable Blackstone believes its data center properties purchased from QTS Realty Trust will be.

But Blackstone is not the only stock residents are questioning. According to the county documents, Wheeler also owns thousands of dollars in mega tech companies that are actively building data centers. These include between $50-250,000 in Amazon, Microsoft, Plug Power, Twilio Inc., and Apple Inc., respectively. She holds between $5,000 and $50,000 in Advanced Micro Devices, Crowdstrike Holdings, General Holdings, Incl, Honey Well Int'l, Keysight Tech, NVIDIA Data, and General Electric.

Nokesville resident Christopher Carroll announced this publicly at the June 28 Prince William County Board of Supervisors meeting. This week, he sent an email to county planning staff asking them to postpone their recommendation on the Prince William Digital Gateway.

Wheeler replied to Bristow Beat that her holdings do not legally constitute a level of conflict of interest as defined by the state. Nonetheless, she and her husband divested from the Blackstone funds.

"My first duty is always to the people of Prince William County. As you are aware, to ensure financial transparency, all elected officials are required to have pubic financial disclosures which outline each elected official’s financial interests," said Wheeler.

"As shown in my public disclosure we owned the Blackstone Fund, a very widely held stock (held by both VRS and Vanguard.) While my ownership of this stock did not rise to the level of a conflict of interest as defined by the state statute, and in no way would have affected my evaluation of any projects before the board, to put to rest any doubt in the minds of anyone who has a concern, my husband and I have divested ourselves of any interest in the Blackstone Fund."

Wheeler's investment information was the 'surprise' the Coalition to Protect Prince William County teased would be announced at the June 28 board meeting. Their first announcement was a petition to recall Gainesville Supervisor Pete Candland-R announced prior to the meeting.

Candland could receive $10 million for the sale of his property for the building of the PW Digital Gateway, and the Coalition said he should be refusing himself from all related votes and discussions on data center development.

Carroll announced what he believed to be Wheeler's conflict of interest as she stands to possibly profit from data center development.

The Coalition has been fighting against the Digital Gateway for reasons of water quality, tourism, viewshed, historical significance, environment, and proximity to the Manassas National Battlefield.  Although there is great opposition to the digital gateway among western Prince William County residents, the other four Democrats on the board have been supporting the data center, and Candland said he would recuse himself.

Advocates say that data centers could bring millions in tax dollars to the county. The state is also eyeing the corridor for the extension of the bi-county parkway between Loudoun and Prince William counties.

In a phone conversation, Wheeler told Bristow Beat her family recently downsized and purchased stocks. She said it has nothing to do with Prince William County enterprises, but was simply a portfolio containing stocks from many leading companies that are common to many stock portfolios.

The following is Carroll's letter to County Acting Planner Rebecca Horner and the Prince William County Planning staff, asking that they delay their recommendation on the Digital Gateway CPA.

In speaking with fellow concerned citizens, my understanding is that Planning Staff will be imminently releasing the staff recommendation on the Digital Gateway CPA. I am requesting that the release of this document is delayed to allow time for an explanation of the Board Chair’s financial holdings to take place; it is not appropriate for this recommendation to be released while the very fundamental motives of initiation of this CPA are in question.

Last week at the BOCS meeting I discussed my concerns on the financial holdings of Chair Wheeler as related to the data center industry. As I brought up, during her first year in office while pushing multiple data center initiatives, Chair Wheeler invested in several data center-specific stocks, to include the following:

On top of this, the Chair owns stock in QTS, a Blackstone Company ($50k - $250k), which is the primary data center company driving the PW Digital Gateway CPA. All of this information is readily found on the Chair's Statement of Economic Interest forms here.

To reiterate my comments from last week, the PW Digital Gateway CPA should be immediately pulled and held until a full investigation into the instigation of this process, and the financial motives behind it, can be reviewed. This is not the time to be releasing any sort of project recommendation.

I am not sure what the Chair has told staff on this issue, and hopefully she has offered an explanation, but hopefully you’ll receive an explanation of events that you deserve after having to devote so much time on these data center projects over the past year and a half.

This article was UPDATED on Aug. 16 to include more information about the Blackstone Group.