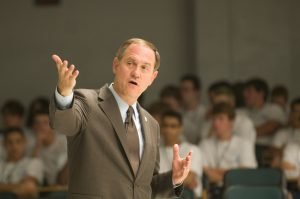 Thursday, Rich Anderson (R) announced that he would run for delegate of the 51st Virginia House District, a seat he formerly held for eight years.

WOODBRIDGE – Today, former Virginia Delegate Richard L. (Rich) Anderson announced his candidacy for the 51st House District. A 30-year Air Force colonel, Anderson retired from active military service in early 2009 and was elected in November of that year to the Virginia General Assembly, where he served for eight years, from 2010 to 2018.

A native Virginian, Anderson holds a bachelor’s degree in Political Science from Virginia Tech and a master’s degree in Public Administration from Webster University. He is a graduate of the Air War College and the Sorensen Institute for Political Leadership at the University of Virginia, where he sits on the Sorensen Statewide Advisory Board.

Over the last year, Anderson has focused his attention on community service in Prince William County. He continues to work on veteran issues as chair of the Potomac Region Veterans Council (PRVC) that represents 200,000 veterans in the Northern Virginia region. He is also senior vice commander of Disabled American Veterans (DAV) Chapter 48 and a life member of both American Legion Post 364 and VFW Post 1503. He also sits on the Freedom Museum Board of Directors, the Prince William Salvation Army Board, and the Youth for Tomorrow Board of Advisors.

In announcing his candidacy, Anderson stated that “public service is all I’ve known for 30 years as an Air Force officer and eight years as a Virginia legislator. I remain committed to making life better in Prince William County and across Virginia for working families. Public service is my calling, so public service is what I intend to do.”

Anderson further stated that “Prince William County has lost considerable clout in Richmond over the last two years. The 2020 legislative session is going to be crucial, and I want to restore our county’s leadership role in Richmond in building a responsible state budget, caring for Virginia veterans, addressing our transportation challenges, and crafting policy that sustains jobs and grows businesses. This takes on increased urgency in light of the current scandals engulfing the executive branch and attempts by Democrats in the legislature to enact a massive tax increase on middle-class families.”

Anderson and his wife, Ruth, reside in Woodbridge. Ruth is a retired 21-year Air Force lieutenant colonel, Occoquan District Supervisor on the Prince William Board of County Supervisors, and chair of the Potomac and Rappahannock Transportation Commission (OmniRide). They are members of Lake Ridge Baptist Church in Woodbridge and have three children and four grandchildren.

Bristow Beat is not endorsing a candidate. This is a press release, not a sponsored or independent article.