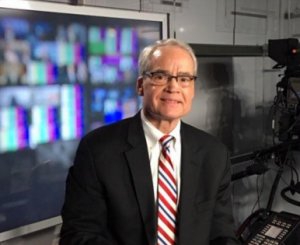 Gerry Higgins, the Republican nominee for the Virginia 13th State Senate seat.
Geary Higgins beat Ron Meyers, Jr. in the June 11 Virginia Primary, to become the Republican candidate in the race to be the Virginia State Senate Member representing the 13th District. The district includes parts of Loudoun, including Leesburg, and western Prince William County, including portions of Gainesville and Bristow. It was a race between two Loudoun County Supervisors for the seat occupied by Republican Sen. Richard “Dick” Black, who announced he would not be seeking re-election in the fall. Higgins, the Supervisor from the Catoctin District, handily won the primary, earning nearly 2/3rds of the vote.

The two supervisors held similar positions on fixing overcrowded roads in Leesburg and Dulles areas and protecting regional parks. He appears to be the more conservative candidate of the two supervisors. Higgins is a second-term Loudoun County Supervisor representing the Catoctin District. Higgins served on the Loudoun County School Board and is the VP of Labor Relations for the National Electrical Contractors Assoc. in Bethesda, Maryland. Higgins serves as Chair of the Board's Transportation and Land Use Committee and is a member of the Joint Board of Supervisors/School Board Committee. He is one of two of the Board's representatives on the Northern Virginia Regional Commission and serves as the Board's representative on the Loudoun County Agricultural District Advisory Committee and the Annexation Area Development Policy Committee. Higgin’s big issue was transportation, including improving Route 15, 7 9. He sued the Greenway for high tolls. His other issues include a commitment to students, school and innovation and increased teacher pay; access to affordable healthcare with options; supporting state parks. On issues that will likely divide voters along party lines, he purports to be 100% pro-life, and strongly advocates for protecting the 2nd amendment rights of gun ownership - two hot topics in Virginia politics. Higgins will face Democrat John Bell in November. Bell is currently the Virginia Delegate representing the 87th District of Loudoun and Prince William.