Gov. Northam Won't Resign; Said He Did Not Appear in Racist Photo 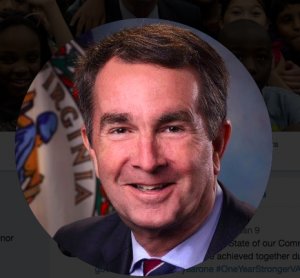 Gov. Ralph Northam-D of Virginia says he will not be resigning his post, and stated that he was neither the person in the KKK mask nor the person in blackface pictured in his 1984 medical school yearbook.

He said it was “clearly racist and offensive” and he would not excuse the content of the photo.

After the photo on Ralph Northam’s yearbook page garnered massive media coverage Friday evening, people on the left and the right were calling for Northam to resign.

Northam issued an apology, Friday, including a statement in which he said he regretted appearing in the photo:"I am deeply sorry for the decision I made to appear as I did in this photo and for the hurt that decision caused then and now."

However, after receiving pressure to resign, Northam did an about-face on the issue. At 2:30 p.m., Saturday, during a media conference, he said, “I am not either of those people in that photo.”

He said he never bought that yearbook, nor did he approved that photo, and that yesterday was the first he saw of it. He condemned the photo aand took responsibility for not preventing its publication.

However, he denied he was one of the two people, saying, “I am not the person in that photo.” He claimed that yesterday he “concede that based on the evidence presented to me at that time.”

At the same time, Northam said the photo is not that surprising, given the amount of racism present in Virginia during that era.

And Northam admitted to another incident of darkening his face for Halloween one year when he went as Michael Jackson.

He said that he has learned as Virginia has learned that this type of racist behavior is unacceptable, saying his growth “mirrors that of the Commonwealth.” “I am far from perfect.”

He asked people to look upon his record of fighting his whole life for Virginia and equality from being a soldier, a doctor and his life in public service, rather than upon his mistakes.

He also responded to a nickname of “Coonman” under another yearbook photo. Northam said that was something a few older students called him and he regrets that as well.