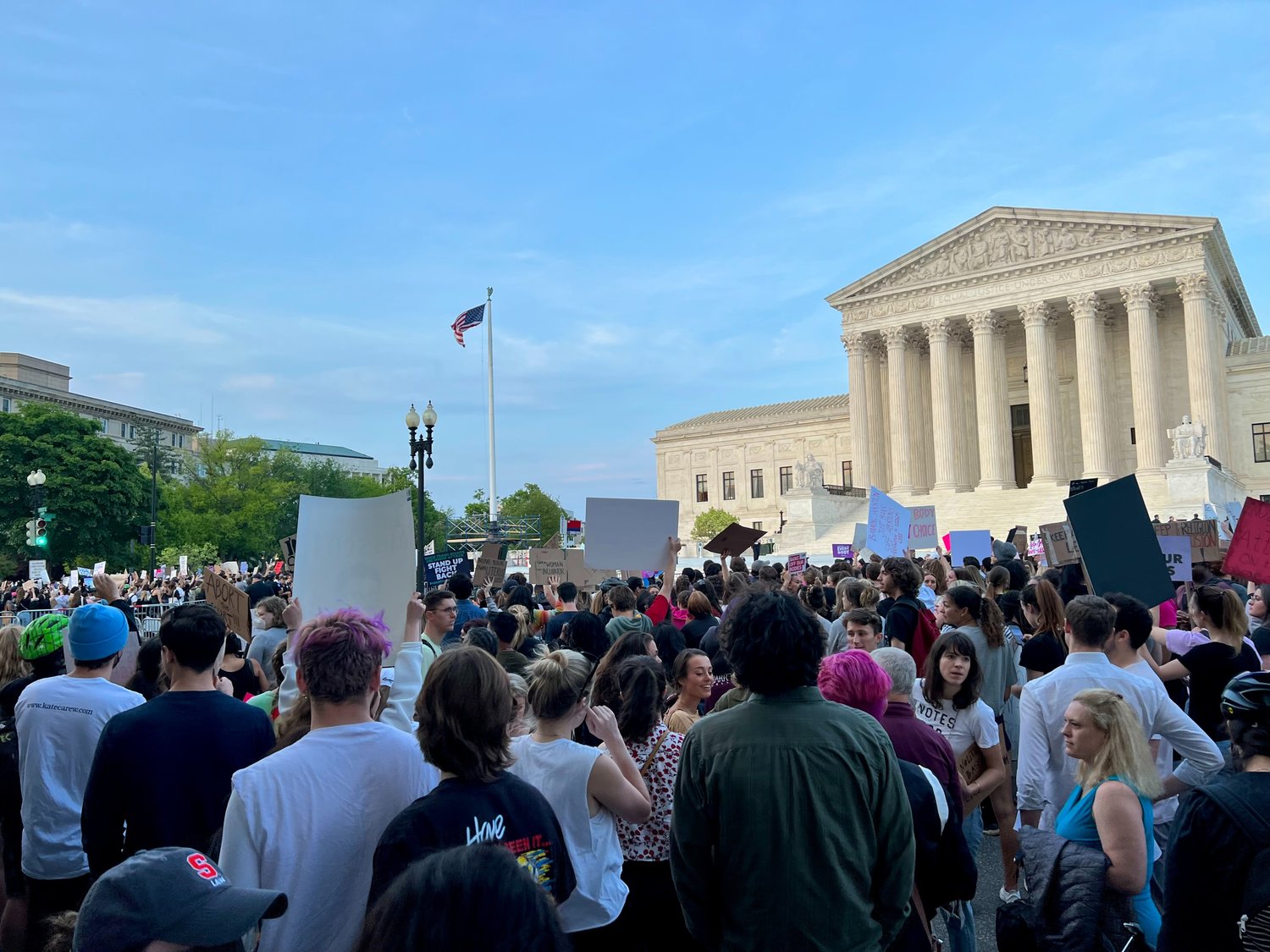 Governor Glenn Youngkin-R announced he would push for expanding restrictions on abortion in Virginia in response to the new Supreme Court Dobb’s ruling today. That ruling overturns Roe v. Wade, which kept most abortions legal in the United States since 1973.

The Washington Post reported that Youngkin said he would like to see abortions banned in the Commonwealth after a gestation of 15 weeks with exceptions for rape, incest, and life of the mother.

“The Supreme Court of the United States has rightfully returned power to the people and their elected representatives in the states. I'm proud to be a pro-life Governor and plan to take every action I can to protect life,” he said in a statement.

Youngkin notes doctors believe a fetus can feel pain at 20 weeks. Newborns have survived outside the womb at a gestation of 22 weeks with medical intervention.

But many pro-choice advocates say the 'life of the mother' is an unclear distinction that does place women’s lives at risk. Youngkin did not mention the viability of the fetus in the womb nor the expected viability of the baby after birth.

Any restrictions on abortion in the state would have to pass both houses of the Virginia General Assembly. Republicans control the Lower House, and Democrats control the Upper House, but their lead is slim (21-19). Youngkin hopes to leverage Republican numbers and build a bipartisan consensus “to protect the life,” of “unborn children."

“The truth is, Virginians want fewer abortions, not more abortions. We can build a bipartisan consensus on protecting the life of unborn children, especially when they begin to feel pain in the womb, and importantly supporting mothers and families who choose life,” Youngkin said.

The Governor asked Senator Siobhan Dunnavant (R-12th) Senator Steve Newman (R-23rd), Delegate Kathy Byron (R-22nd) and Delegate Margaret Ransone (R-99th), "to join in an effort to build a coalition from around the state in favor of abortion restrictions."

Meanwhile, Virginia Democrats remind residents that abortion is still legal in Virginia. In recent years they have protected that right and ended some existing abortion restrictions in the state. Today, they are using the issue as a rallying cry for supporting Democrats in upcoming state elections.

“Today is a devastating day for those who have fought for decades to advance reproductive rights and access to abortion,” Sen. Jennifer McClellan (D-9th, Richmond) said. “This highly political Supreme Court ruling is out-of-step with 50 years of legal precedent and nearly 70% of Americans who support Roe v. Wade. The Supreme Court’s decision today will dramatically impact the lives and health of millions of Americans and empower state governments to interfere in the relationship between a patient and their provider."

“This outrageous ruling does not change the law here in Virginia. Because of our strong state laws, abortion remains legal in Virginia," said McClellan. "As other states face restrictions, Virginia will remain a safe haven for abortion care. We welcome everyone to make their reproductive health decisions free of government interference.”

Sen. McClellan was the leading Senate patron of the 2020 Reproductive Health Protection Act, “the first of its kind law in the South.”

“It removed restrictions like mandatory ultrasounds, 24-hour waiting periods, and targeted regulation of abortion providers (TRAP) laws that require abortion providers to be regulated like hospitals,” said a statement from McClellan’s office.

McClellan was the chief Senate patron of a law passed in 2021 that removed the prohibition on abortion coverage for health insurance plans offered via the health exchange.

“Virginia has made tremendous progress on reproductive health, becoming the first state in the South to expand abortion access. We must safeguard our progress and prevent any attempts to weaken abortion rights here in the Commonwealth. I’m proud that the Senate stood up to attempts to attack abortion rights this session, and I will fight to ensure the Senate remains a brick wall to protect reproductive health care,” McClellan said.