to combat violent crime in Virginia 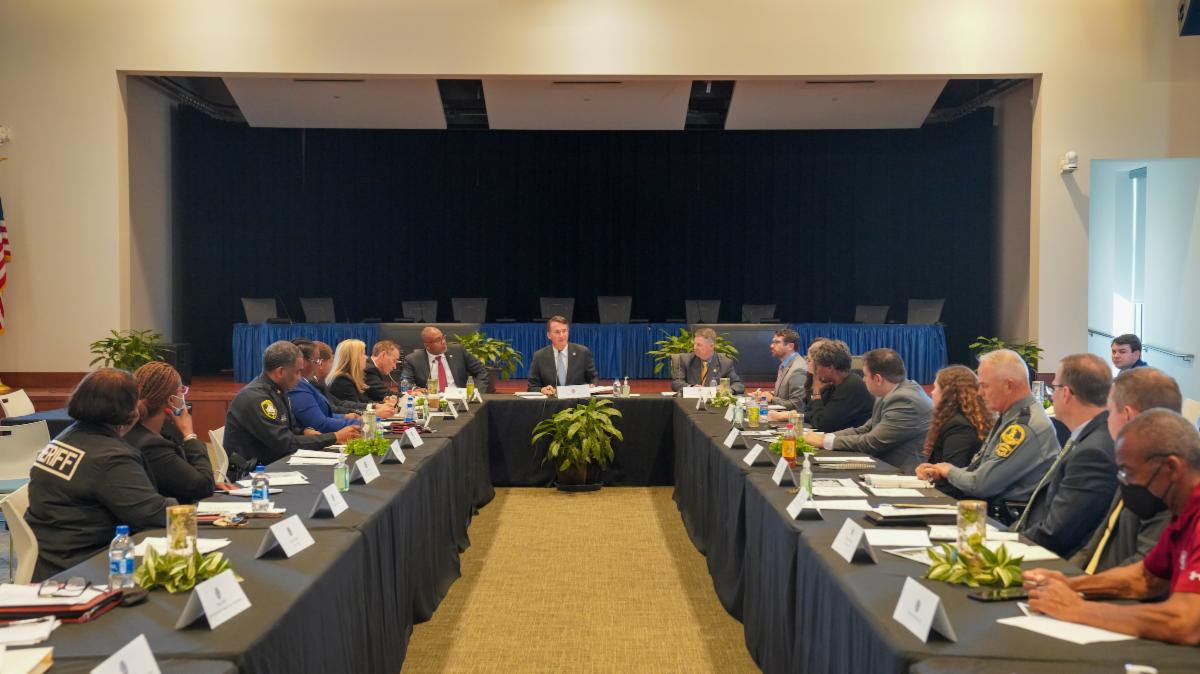 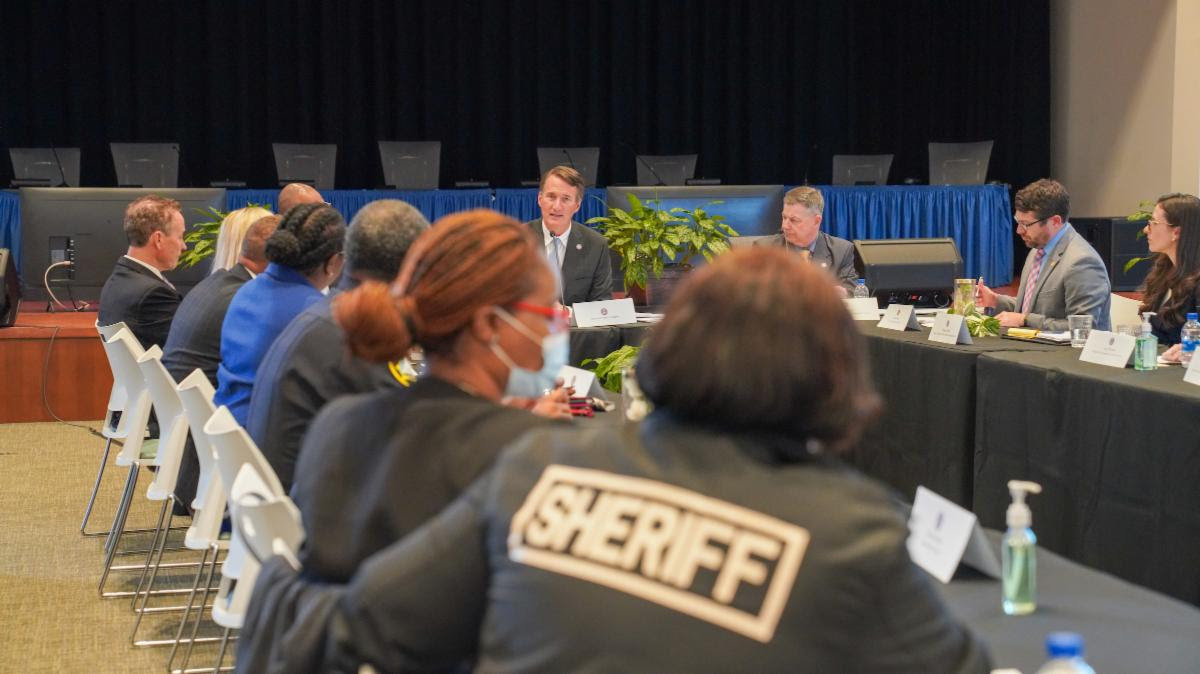 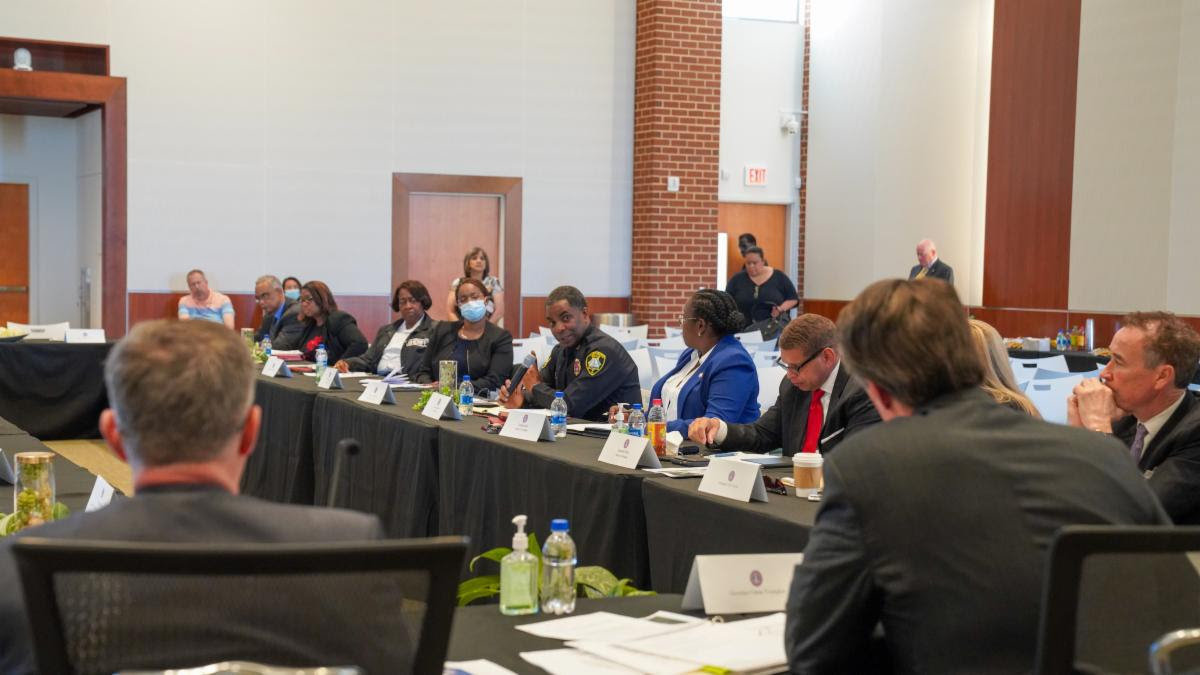 Chief Christian speaks about the recent violent crimes in Petersburg with Governor Glenn Youngkin at the Petersburg Library on Monday, May 9, 2022.
Photo by Christian Martinez, Office of Governor Glenn Youngkin.
Previous Next
Posted Monday, May 16, 2022 12:34 pm
Office of Gov. Glenn Youngkin-R
RICHMOND, VA – Governor Glenn Youngkin today formally announced the creation of a task force of executive branch and office of the Attorney General officials to better align strategies to reduce violent crime in cities and communities across the Commonwealth.
Leaders from the Task Force will continue conducting community leadership meetings across the Commonwealth. Governor Youngkin attended a community leadership meeting in Petersburg on Monday, May 9.
“There is a clear recognition of a violent crime crisis in Virginia and my administration is committed to joining with community leaders, law enforcement, and Virginians around solutions with the Violent Crime task force. We will take a comprehensive look at how we can address the rise in violent crime by providing more law enforcement resources, creating alternative and after-school activities for children, and addressing the fear that results in witnesses failing to show up for a criminal hearing,” said Governor Glenn Youngkin.
“There’s not a one size fits all approach to combating crime in the Commonwealth. It requires collaboration and communication with law enforcement, local officials, and community leaders. My team is excited to be a part of this new task force and we’re eager to work with our partners in the executive branch to carry out new, innovative solutions that will help to reduce crime and keep our communities safe,” said Attorney General Jason Miyares.
The Task Force is led by Secretary of Public Safety and Homeland Security Bob Mosier, with additional leadership provided by the Chief Deputy Attorney General Chuck Slemp. Additional participants include leaders from the Governor’s Office, the Attorney General’s Office, the Department of Juvenile Justice, the Department of Criminal Justice Services, Virginia State Police, and others. To date, state leaders have met with local leaders in Virginia Beach, Newport News, Norfolk, and Petersburg, with additional meetings planned in the coming weeks.
The Task Force will recommend executive, administrative, and legislative actions on an ongoing basis to the Governor.

Volunteers Show Up to Clean Up Neabsco Creek