LETTER TO THE EDITOR: The Campaign Who Cried Racism 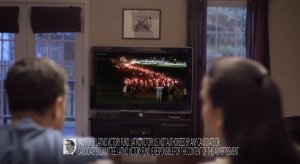 Yesterday, the campaign for Governor took another step into the gutter. A liberal group called Latino Victory Fund released a disgusting television ad* featuring a pick-up truck flying a Confederate flag, with an Ed Gillespie bumper sticker and chasing a group of minority children through a neighborhood.

The one-minute video ends with the kids waking up from a nightmare and their parents watching television images of the torch-bearing white nationalists marching in Charlottesville in August. The narrator says, "Is this what Donald Trump and Ed Gillespie mean by the American dream?"

Shockingly, this ad tries to connect candidate for Governor, Ed Gillespie, to the white supremacists and Ku Klux Klansman from the Charlottesville tragedy. Even though Gillespie has repeatedly denounced and condemned the supremacists and violence, this group, which supports Ralph Northam, aims to mislead and unfairly smear his opponent. And this is after Ralph Northam sent out a mailer last week also equating Gillespie to the Charlottesville tragedy.

I never thought I would see such a baseless and unethical series of ads.

By using this mailer and video, Ralph Northam and his allies are contributing to a culture of division, hate and fear by inaccurately connecting a good person to the August tragedy for cheap political gain.

I’m afraid this type of political attack could create a new trend that makes race relations even worse in America. How? Because callously throwing around terms like 'racist' and 'white supremacy' dilutes the true meaning of the words. If everyone is a racist, no one is a racist. When these terms are misused and overused, nobody will care when real racism occurs. It’s like the story of the “boy who cried wolf.” The Northam campaign has become the “campaign who cried racism.”

As an African-American, this especially saddens me, because it ultimately hurts efforts to build true racial harmony in Virginia.

A refusal to denounce the Latino Victory Fund ad by Ralph Northam speaks volumes about the lengths his campaign will go to manipulate emotions to try to win an election. When a man like Ed Gillespie denounces white supremacy, but is still labeled as one by his political opponent, it becomes even harder for people of differing races and views to sit down together and work for the good of our community.

I applaud Roanoke Delegate Sam Rasoul, a Democrat, for criticizing the Latino Victory Fund ad. Yesterday, he told the Richmond Times-Dispatch, "I would rather see groups use messages to inspire action, rather than fight fear with fear.”

To the Democrats running for House of Delegates in Prince William County, do you agree with Mr. Rasoul about the Latino Victory Fund ad? Your voters deserve to know. Several local Delegate candidates in our County have actually received donations from this group. An embrace of this type of fear-mongering will shed light on how you would represent constituents if elected. Would you pursue racial harmony or instead stoke race-based fear for political gain?

Virginia must be better than this. With just one week to go until Election Day, I call on all candidates in Prince William County to join me in denouncing this despicable Latino Victory Fund ad. Because if we don’t, fake campaign cries for racism will only continue.

*The ad was not created by the Northam campaign, nor endorsed by it.

This article is an opinion piece reflecting the opinion of its author. As with all of our Letters to the Editor, Bristow Beat,, its staff and sponsors do not necessarily agree nor disagree with the message presented here.