McAuliffe wins more than 60% of votes in Governor's Primary Race 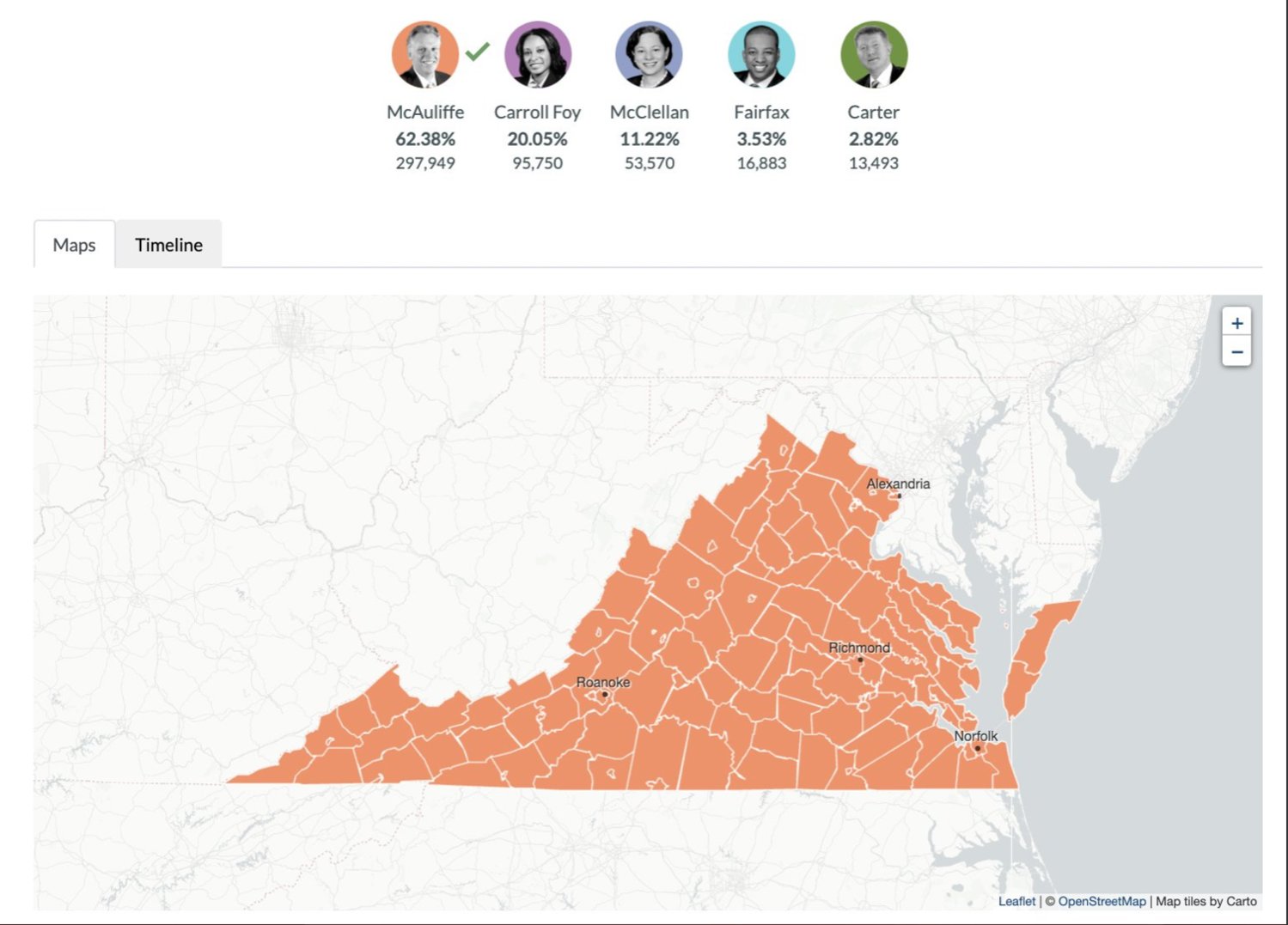 “SO proud to have the support of ALL 133 counties & cities tonight,” said the former Governor. “We will get this done together.””
Terry McAuliffe
Staff

Terry McAuliffe came out the clear winner in the Virginia Democratic Gubernatorial Primary Tuesday tonight, winning approximately 62% of votes in a five-person race.

“SO proud to have the support of ALL 133 counties & cities tonight,” said the former Governor on Twitter. “We will get this done together.”

McAuliffe served as Virginia’s last Governor from 2014-18. He is also well-known as Chair of the Democratic National Committee from 2001 to 2005.

That McAuliffe won with only 277,593 votes across the Commonwealth demonstrates just how low a turnout there was in the primary election.

McAuliffe will face Republican Glenn Allen Youngkin, a businessman and CEO, who won the Republican nomination on May 10, 2021.

Local Delegate Hala Ayala (51st District, Prince William) won the Democratic nomination for Lt. Governor. If she wins in November, she would become the first woman to serve as Lt. Governor of Virginia.

Coming in second in the Governor's race was Jennifer D. Carroll Foy of the 2nd District (Prince William/Stafford) who received 20% of the vote. She had a similar showing in Prince William County.

If McAuliffe was the mainstream choice, Carroll Foy was a favorite among progressives in the party.

Conceeding, Carroll Foy thanked her supporters on Twitter, and encouraged them to continue supporting the cause and tickete.

“To my supporters, donors, voters, and volunteers—your support and friendship mean the world to me. Thank you for believing in this campaign. But I also want to be very clear: our work is far from over.”

Carroll Foy will no longer be representing her district. She stepped down to focus on her campaign for governor.

The Virginia State Senator from the 9th District, Jennifer McClellan, came in third place with 11.62% of the votes. McClellan is from the Richmond area.

Resuilts by the Virginia Department of Elections

Lt. Governor Justin Fairfax took fourth place with winning only 3.6% of the vote in his bid for Governor.

Once favored to become Virginia's next governor, Fairfax’s reputation never recovered after two women came forward in 2019 accusing him of sexual assault.

Local Delegate Lee Carter from the 50th District (Manassas, Bristow) came in fifth, winning only 2.8% of the votes. Carter also lost his own seat's party nomination to Michelle E. Lopes-Maldonado.

Carter, who identifies as a Democratic-Socialist, was an outlier in his own party. Carter greatly successful in defeated Del. Jackson Miller, in 2017. He beat Republican Ian Lovejoy in 2019.

“This job has made me miserable.

I made a lot of people’s lives objectively better, but the constant assassination threats and harassment were terrible for my family and health.

I’m relieved to say that I’ve done my part, and now it’s someone else’s turn.”

Encumbent Mark Herring retained his nomination for Attorney General winning more the 55% of the vote in his race.

This article may be updated to include local results.