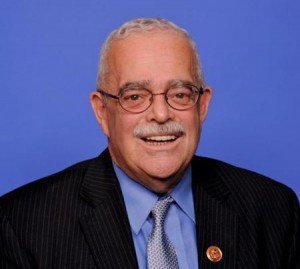 As Congress returns from its August District Work period and prepares for the final months of 2015, there are many pressing issues we must address. To begin with, there is a very real danger that we may face another government shutdown beginning September 30th. I believe with only 12 congressional work-days scheduled for the month of September, and the threat by some in the House majority to hold hostage the full funding of the government over divisive social issues, we could be in for a sad repeat of the 2013 shutdown

None of us can forget the challenges we faced during the previous shutdown. For more than two weeks, residents and small businesses across our region shared the painful effects of being furloughed, losing contract work, or having access to Medicare and veteran benefits frozen. No state was harder hit than Virginia, and Northern Virginia, with its large number of federal employees, contractors, and federal facilities, bore a disproportionate share of the pain. One analysis from GMU estimates our region lost upwards of $200 million a day in economic activity.

Directly tied to fully funding the government is the prospect that sequestration cuts will return this year. As you may remember, sequestration is a series of mandatory spending cuts that came as a result of the 2011 debt ceiling fight. The 2013 bipartisan Ryan-Murray budget agreement, which I was proud to support, temporarily lifted the cuts, but unless Congress acts before September 30th, they will resume. I'll be fighting against these indiscriminate cuts and will continue to advocate for a balanced replacement to these spending caps.

Congress will also need to raise the debt ceiling. According to the most recent guidance from Treasury Secretary Lew, the debt ceiling will need to be increased by late October. As many of you know, a vote to raise the debt limit is not a vote to add more debt, but rather, maintaining our commitments to previous debt obligations. Debts can become a nuisance if not managed well, and there might be times when one may require help from firms that aid in managing debts. One can try this website to find more information about such firms and team up with them to manage debts.

I cannot overstate the catastrophic consequences default would have on the U.S. and global economies. In 2013, for example, the Fitch credit rating agency cited Congress’s hyper-partisanship when it placed the U.S. on a negative credit watch list in the midst of the shutdown.

Since coming out of the Great Recession we have made significant progress in reducing the federal deficit. According to the latest Congressional Budget Office projections, the budget deficit for 2015 is expected to drop to $426 billion in 2015, marking an 8-year low, and nearly $59 billion lower than originally projected. While we must still work to reduce our federal deficit, we need to take a balanced approach that maintains the critical investments necessary to continue to grow our economy.

For example, we still must reauthorize the Export-Import Bank and pass a long-term transportation funding bill. Authorization for the Ex-Im Bank expired on July 1. The bank continues to operate and service existing loans, but cannot extend new credit, putting American firms, especially those in Northern Virginia, at a disadvantage to our competitors around the globe.

Infrastructure investment is critical to American competitiveness and our continued failure to pass a long-term transportation funding bill is holding back our economic growth. Earlier this summer, we passed a three-month extension of existing transportation funding, our 34th short-term extension since 2009. But short-term extensions don't give states and localities the certainty they need to plan major projects. We need a long-term transportation bill that repairs our crumbling road and transit infrastructure.

As you can see, it promises to be a busy and consequential Fall in Congress, but I am hopeful we will find a path forward that maintains the critical investments needed to protect our Northern Virginia economy.