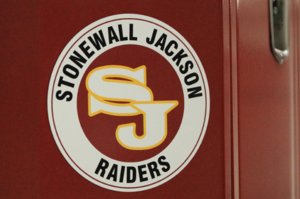 It was through Facebook that I first learned about the movement to change the county’s Stonewall schools’ names to something with fewer negative historic and social connotations.

While I strongly applaud denouncing racism (as I do believe proponents of the plan intend), I cannot stress enough how much danger such a movement puts our schools, community and children in, and for so little gain.

The proposed name change could not come at a worse time – days away from the new school year starting and during a time of heightened racial, political and social conflict that we’ve not seen in this country for decades.

We literally have Nazis carrying torches, marching in the streets of Virginia and running people over. We have angry, hurt, radical groups defacing and tearing down monuments in response.

Intentionally or not, this attempt to change the school names publicly aligns our county with angry, hurt, radical groups, which in turn, will only incite Nazis, white supremacists, nativists and hate groups. We might just as well put the welcome mat out for violent protests – and do it at the front doors of our schools where our children are expected to learn, our teachers are expected to teach and our communities are supposed to remain positive and calm.

What I am describing is one possibility, but it’s not even the worst scenario. If you know anything about the socio-economics of these schools, you should know the young adults who attend them are of mixed backgrounds and ethnicities. Have you talked to any of them? Not only are they intelligent enough to keep up with the debates at hand, they are racially and socially conscious young people with opinions and energy appropriate to their age. Do you think for one second that if there were a protest near a school that these young adults would not become enmeshed? And what kind of judgment do you think they would have in a situation like this? Considering the poor judgement adults are using lately, I would not put the blame on these young people if they followed suit in the midst of chaos – the kind of chaos being encouraged by a hasty, expensive, untimely name change that will have little to no positive effect on education.

I am asking proponents of this plan to do two things. The first is, weigh the risks with the benefits. The second is, respect our young people. Our young people study history. Whether a school is named after a slave holder or a saint, our children know what is right and what is wrong because it’s not the name of a school that teaches that. It’s the teachers and the parents and the community. If you really fear children are learning hate, racism, divisiveness and violence and that is your motive for changing a school’s name right now, right this second, as if it’s an emergency, then I’d say, you need to look beyond the name – because the mere name of a school does not hold the kind of power you are attributing to it. WE have that power, as a community, as human beings.

The symbolic changing of a school name is not going to solve our current socio-political problems. It will create more. I am asking that you use your best critical thinking skills and your heart and table this decision.

Katherine Gotthardt is a local resident, writer and frequent contributor to Bristow Beat.

The opinions expressed in this article belong to its author. Bristow Beat and its sponsors do not necessarily agree with the opinion presented.