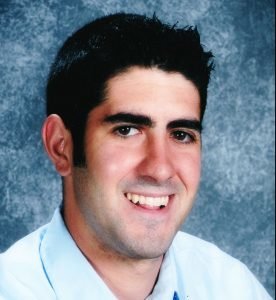 The lawsuit against Prince William School Board member Justin Wilk brought forth by Patriot High School Principal, Dr. Michael Bishop, has been dismissed by the plaintiff.

"I do not feel there was evidence to indicate that he did anything legally wrong," said Dr. Bishop's attorney, Trey Mayfield of Juris Day, Attorney's at Law, speaking with Bristow Beat.

Lawsuits against former Chairman Ryan Sawyers and Guy Morgan have also been dismissed, Friday, under different terms. More to follow.

Bishop sued Wilk, the Potomac School Board member, in 2015, regarding a personnel matter. Ryan Sawyers and his associate Guy Morgan were also indicated in the lawsuit.

Bishop sued the three men for $3.35 million for defamation of character, civil conspiracy, and contract interference, regarding his employment with Prince William County Schools. Some of the charges were dismissed.

Wilk was sued in his personal capacity, relating to his work on the Prince William County School Board, for $1,350 million according to his attorney, Jennifer Parrish of Parrish Snead  Franklin Simpson, PLC.

The plaintiff agreed to dismiss the case against Wilk on March 6, after Wilk, other school board members and school administration had been deposed.

The case has been dismissed “with prejudice,” meaning that Wilk cannot be included in the case once again. No money was exchanged between the two parties.

Specifically, Wilk was sued for voting aye in a 4:3 straw poll taken by the chairman. The vote meant that Bishop’s contract would be temporarily withheld while the board sought more information.

Sawyers recused himself from the vote.

That the Prince William School Board will not offer or extend an employment contract or renewal to employee T16-44 for the 2016-17 school year until such time as the School Board is satisfied, by majority vote, with the results of a complete and thorough investigation into employee T16-44’s alleged violations of school laws.

Wilk was the only school board member included in the lawsuit besides the chairman. “Potentially, it could have been a way to damage me politically,” Wilk said.

What was the School Division's Role in the Lawsuit?

“Under the Division’s general liability policy with the Virginia Municipal League, the attorneys defending Mr. Sawyers and Mr. Wilk are provided and paid by the insurer,” said Prince William County Director of Communication Services, Diana Gulotta.

Additionally, the division was not named in the lawsuit.

“PWCS was not a party to the case and the fees incurred by the Board were to respond to requests for documents and for depositions of school witnesses which were requested by multiple parties in the case,” said Gulotta.

Mayfield would not comment on who paid for Bishop's defense.

Bishop and Sawyers both ran youth baseball leagues in the Gainesville area and had other on-going legal disputes.

Sawyers resigned as school board chairman in March of 2018.

The Potomac representative explained he was relieved to finally have the ordeal over and to have his name cleared. “For three years this million plus accusation has been over my family’s head. I have two little boys, and my wife is a teacher in the county."

He has not made a decision on whether he will run again for school board, but this helps him feel more confident if he pursues that path. “We are going to making a decision shortly.”

Wilk said the accusation never interfered with his ability to affectively do his job. “I always maintained that I was innocent."

Wilk also maintains that he has not acted overly politically on the board.

“I think that’s the former teacher in me,” Wilk said. As a government teacher, he said he always taught from a non bias, nonpartisan perspective and he tried to bring that with him to the school board.

Wilk said he cannot comment on the reason he voted as he did to withhold the contract as that is a personnel matter.