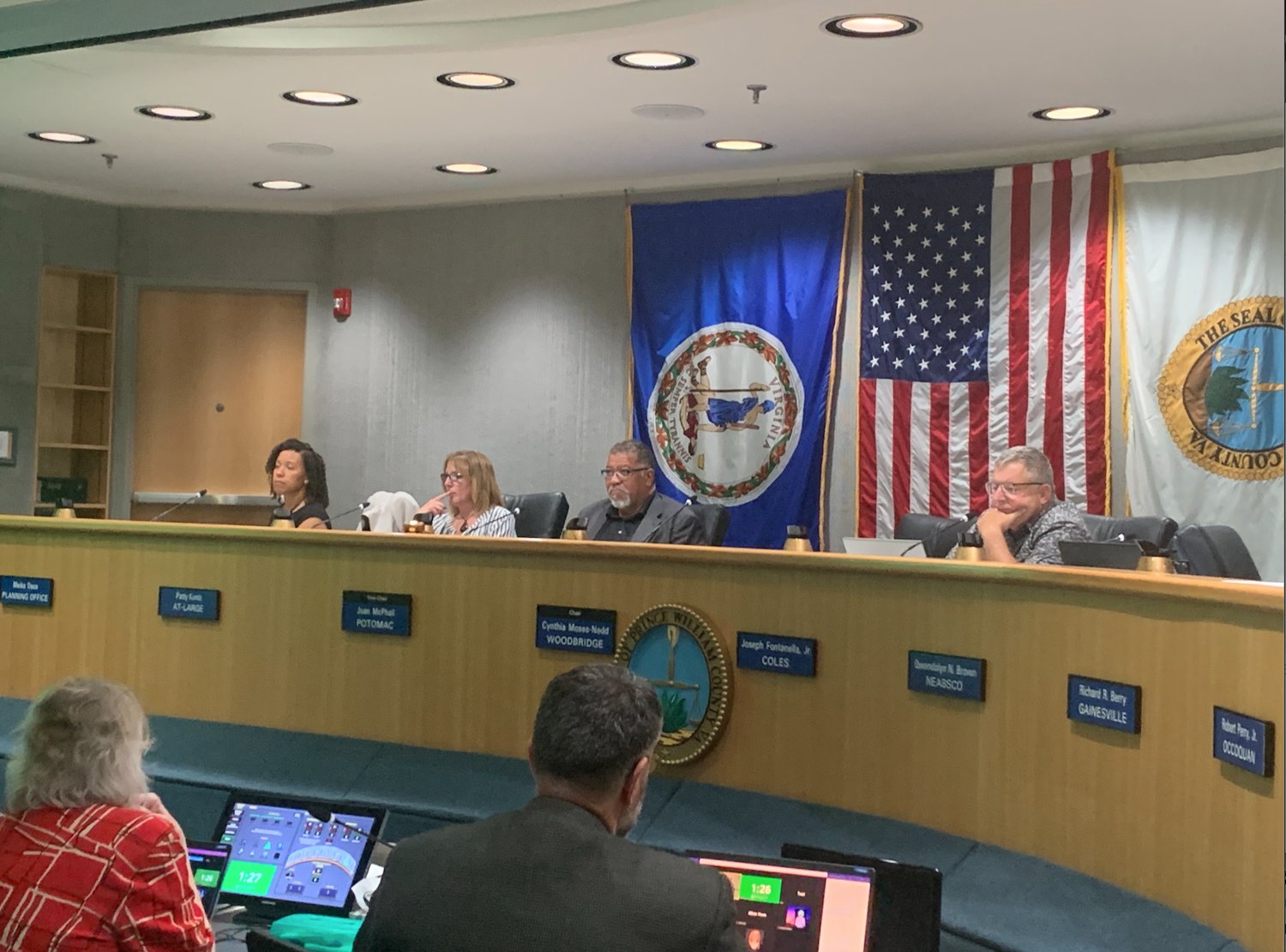 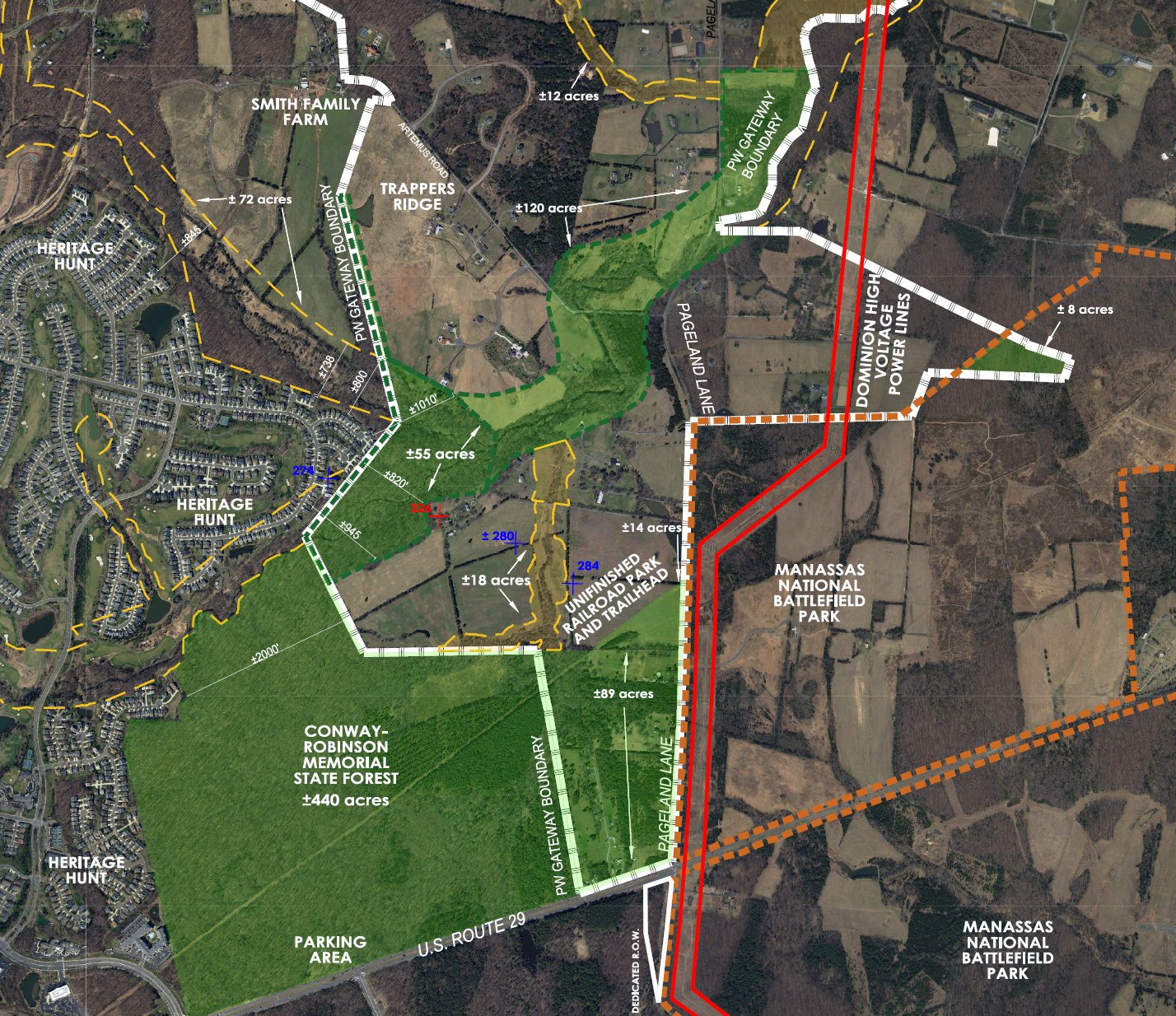 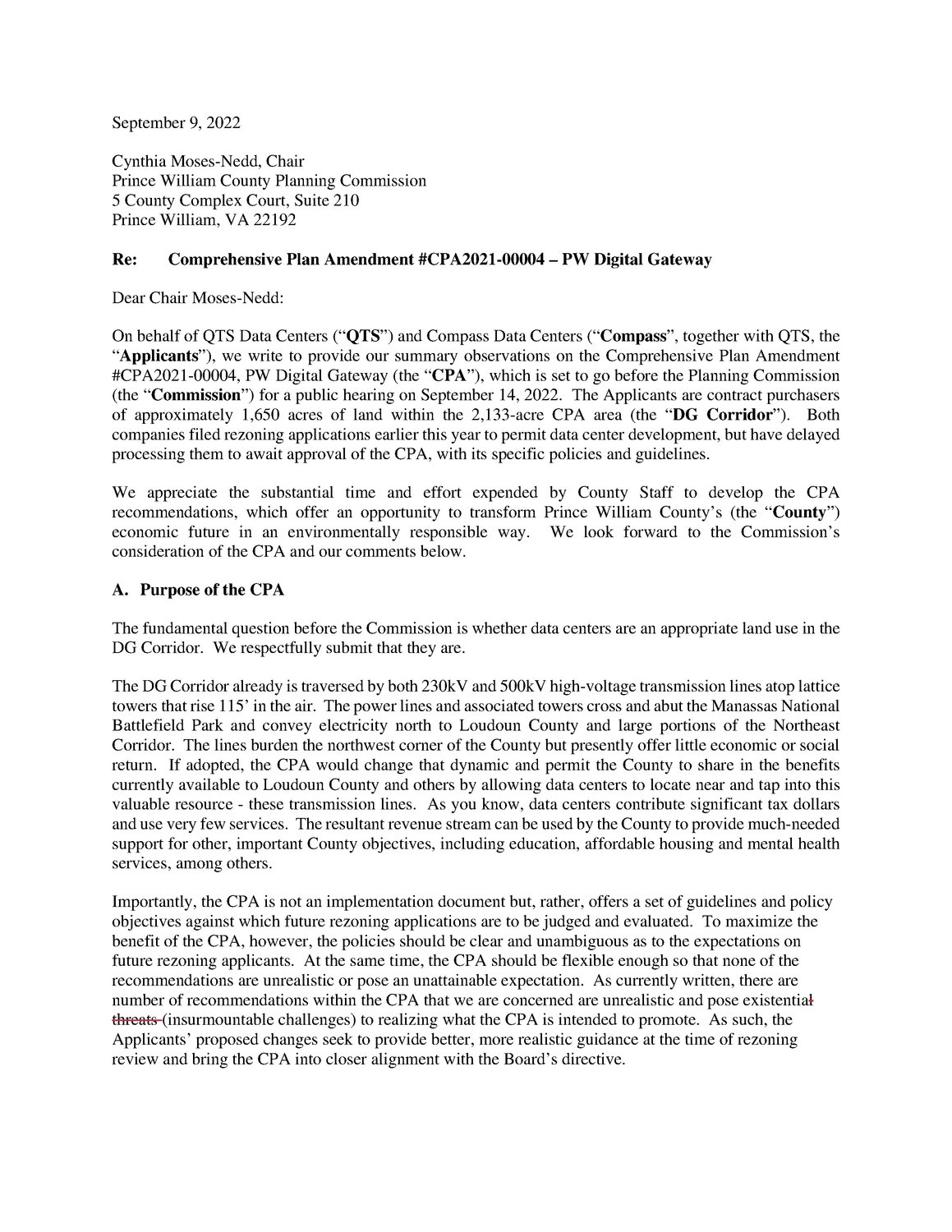 I have never experienced such a farcical process as this evening. The staff is now the applicant to the CPA. Staff is supposed to be an objective arbiter! This process is so corrupt that it has lost the faith of the community, and no decision that can come out of this will be considered fair.”
SAID ELENA SCHLOSSBERG, EXECUTIVE DIRECTOR OF THE COALITION TO PROTECT PRINCE WILLIAM COUNTY

The Planning Commission approved the Comp Plan Amendment to allow the Prince William Digital Gateway, on Sept. 15, but the version the commissioners approved was never seen by the public and diminished many of the plans' more attractive features, such as parks and open spaces.

The Planning Department neglected to publish the 31-page letter from Compass and QTS and “Applicants," until Sept. 15, even though the letter is dated Sept. 9.  Brentsville Supervisor Jeanine Lawson* said she never saw a copy of the letter and believes it was “absolutely” intentional that it was not published. 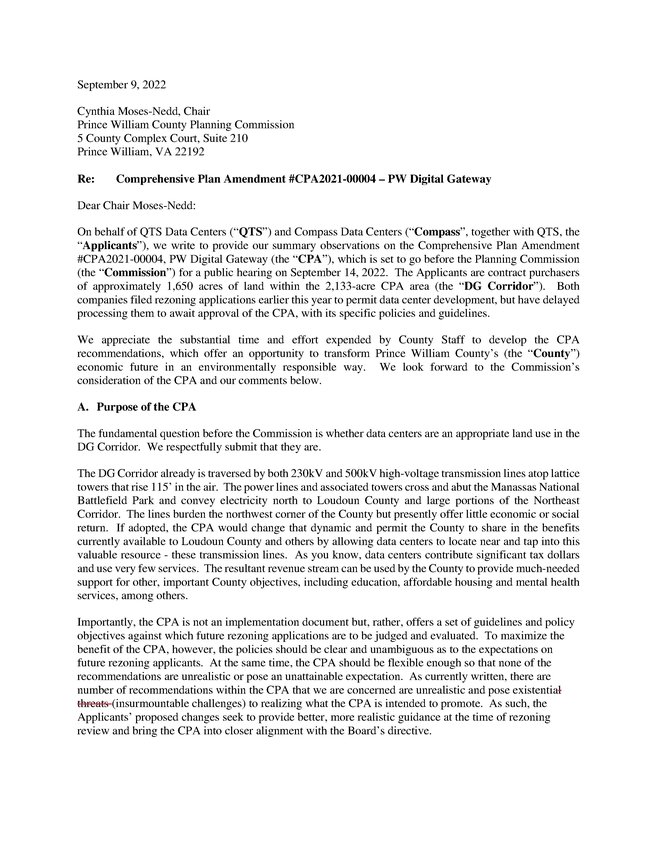 "The document was created for posting on September 15th, 2022 at 1:22 p.m." said Gainesville resident Bill Wright, in a letter to Bristow Beat. "Thus, it could not have been available to the public until approximately eight hours after the Planning Commission public hearing was concluded."

But the letter was only one instance of numerous irregularities that occurred during the Public Hearing, some of which arguably rise to the level of malfeasants. As just one example, fifty-five people who are selling their land on Pageland Lane were able to speak as regular citizens rather than applicants.

The to rezone 2100+ acres along Pageland Lane would allow "Flex Tech" into the rural crescent. The bulk of the property would be data center parks with approximately 1/3 of the land to be preserved as buffers, parks, or historic preservation sites. But to what extent land will be preserved and data centers mitigated has become unclear.

The Commission's 4-3 vote in favor of the CPA, with one abstention. They approved all of the Applicants' requested changes. So, the commissioners recommended the project without its multiple mitigations intended to lessen the impact of the data centers on residents, parks, and historical sites.

In the Sept. 9 letter, the applicant argued against the mitigations, claiming they were not feasible, unnecessary, and would result in them abandoning the application.

Although the Commission recommended those changes, Lawson said the Supervisors could still consider the original version of the CPA proposal, the amended one, or some blend of the two. They could also demand their own mitigations, or deny the CPA outright.

What changes were in the letter?

Changes that the applicant requested in the letter include the following:

1) removal of a major wildlife corridor and resource protection area, because it “may prevent Compass from moving forward with its Application;”

2) removal of a 50’ buffering requirement on Pageland Lane, allowing buildings to be built along the roadway;

3) for parks and open space, a disclaimer that it would be included “when feasible;”

4) removal of the phrase “prioritizes the establishment of a substantial amount of public and private protected open space” to be replaced with “may include Natural Open Space areas (generally);”

5) removal of the requirement for the applicant to develop in consultation, a historical preservation interpretative plan with Manassas National Battlefield and the Office of Historic Preservation;

6) removal of the mandatory requirement to do a viewshed analysis next to Manassas National Battlefield, and recommends it now “as appropriate;”

7) removal of the mandatory screening of ground-level mechanical equipment;

8) removal of 15-20 acres of land directly adjacent to Manassas National Battlefield to be used for electrical facilities and substations, with no buffers included;

10) notes (with no documentation) that a 250,000 square foot data center uses the same water and sewer requirements as TWO residential houses

11) admits that NOVEC and Dominion will build the multitude of substations on site; (This had previously been routinely cited that this would be borne by the applicants and no costs would be passed to rate payers);

12) removes a mass burial site designation in order to build over it, because it is an “unproven allegation or unsubstantiated memory;”

It is unclear whose responsibility it was to publish the documents on the county website. Acting Planning Director Rebecca Horner and Senior Planner Alex Vanegas were both absent from the meeting.

The information was kept from the public, media, and stakeholders.  Gwendolyn Brown (Neabsco) included in her motion, "revisions and clarifications requested by the applicant” in Sept. 9 letter.

What plan did the Planning Department present?

Knowledge of the letter explains the confusing presentation made by the planning department (as well as the fact that senior staff was not present.) People were left scratching their heads over the discrepancies between what had been proposed and what the planning staff was presenting. The audience was groaning over what the plan no longer included.

For instance, they said that the height of the buildings would not be required, but only would “trigger” an investigation into whether mitigations were required.

In addition to so much new disappointing information, there remained a bevy of unanswered questions, such as what cost the county would incur to build out the data center, its road, and electrical grid,  and how much revenue would the data centers bring.?

Who is the Applicant?

One would think the landowners were the Applicants in concert with the companies that would build the data centers.  In the letter, Compass said they are working cooperatively with QTS and the “Applicants” meaning the landowners.

Was this the proper procedure? Lawson said that is a "great question," and at least debatable.

"It was very irregular for the planning staff to present as if the county is the 'applicant,'" said Lawson, "and frankly I’ve had several debates with staff and the county attorney’s office over this decision."

Who is the 'Public?'

According to the Planning Commission rules Applicants speak during the presentation and citizens for three minutes during the public hearing (but not applicants.)

There were so many speakers, which is why the meeting went on for 11 hours. But not everyone could stay overnight, so many went home and missed the opportunity to speak.

There were also two sign-up sheets that said "for" or "against." It looked as though there were more people for the PW Digitial Gateway, 85, when, actually, approximately 55 of those people were "Applicants."

Lawson would not comment as to whether she would take legal actions in the matter of the Public Hearing, but said that she  “supports the public’s outcry," in the "mishandling of this case.”

*Gainesville Supervisor Pete Candland-R has recused himself since he is one of the Pageland Lane landowners. Supervisor Lawson has been serving as a representative and point of contact for many of the Gainesville District residents.

This article may be revised as more information is received.