One suspect brandished a firearm 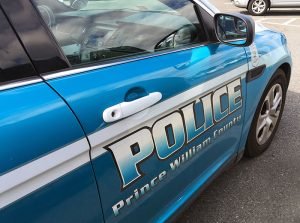 Armed Robbery – Prince William Police Officers responded to the Smoke and Vape Shop located at 13625 Dumfries Road in Manassas (20112) to investigate a robbery, Nov. 20 at 8:33 p.m.

An employee of the store reported to police that three individuals entered the store where one of them approached the employee.

"During the encounter, one of the suspects brandished a firearm and held the employee against a wall while the other suspects took merchandise from the shelves," said Master Officer Renee Carr.

All three suspects initially fled on foot before being located by responding officers and detained. Officers determined the suspects were in possession of the merchandise that was reported missing from the business.

The firearm used during robbery was also recovered by officers and determined to be a BB gun. No injuries were reported.

A 13-year-old male juvenile of Manassas

A 16-year-old male juvenile of Manassas

A 17-year-old male juvenile of Woodbridge

All three were charged with robbery