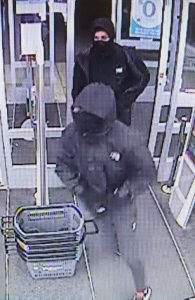 An armed robbery of a Woodbridge Walgreens store on Dec. 24, is one more in a list of masked robberies to have occurred in Prince William County, this week.

It could likely be linked to the Dec. 26 Manassas Denny's armed robbery in which two were shot and one man, Yusuf Ozgur, was killed.

Other similar incidents include a robbery at Bowl America on Balls Ford Road, Dec. 21, and Comfort Inn Suites, Dec. 23. Both of those incidents occurred in the Manassas area after midnight.

At Bowl America, one suspect brandished a gun while the other a baton, just as in Denny's armed robbery.

Dec.24 at 12:10 a.m., Prince William Police Officers responded to the Walgreens located at 14095 Jefferson Davis Highway in Woodbridge (22191) to investigate a robbery.

A store employee reported to police that two masked men entered the business and approached the counter.

"During the encounter, one of the suspects brandished a firearm and escorted an employee to the back office where he demanded money," said police spokesperson Officer Renee Carr. "The other suspect demanded money from the cash registers."

Both suspects fled on foot prior to police arriving at the business. 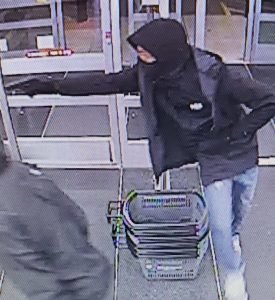 No injuries were reported. A police K-9 searched for the suspects who were not located.

Anyone with information regarding the incidents listed in this report is asked to contact the Prince William County Police Department tipline at 703.792.7000 or submit a webtip to: www.pwcgov.org/policetip.

The FBI is offered a $10,000 reward to those providing information that could lead to the arrest and conviction of the two suspects in the Denny's homicide and armed robbery case.