The majority of the Board of County Supervisors approved the Devlin Road development in the Bristow area of the Brentsville District, Mar. 11, over the objection of Brentsville Supervisor Jeanine Lawson.

Tuesday’s meeting had extended into Wednesday by the time the board approved the residential development by a vote of five in the affirmative, along party lines.

Republicans Jeanine Lawson and Pete Candland (Gainesville) opposed. Yesli Vega (Coles) abstained after previously voting to deny. She later told Bristow Beat it was frustration with the partisan nature of the breakdown of the previous vote that led her to abstain.* 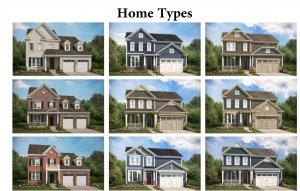 The development includes 516 single-family homes on approximately 270 acres located generally along the north side of Linton Hall Road between Devlin Road and Piney Branch. They are “clustered houses” or “village houses,” meaning they are situated close together.

Thirty percent of the property will be open space, but some of it is undesirable because it is beneath large transmission lines.

The area was designated A-1 Agricultural at one home per 10 acres but was projected to become "suburban low-density" residential and "environmental resource" per the county’s comprehensive plan. Keeping the land A-1 would result in no proffered improvements.

The community would be served by Chris Yung Elementary School, Gainesville Middle School and the new county high school in Gainesville set to open in 2021. 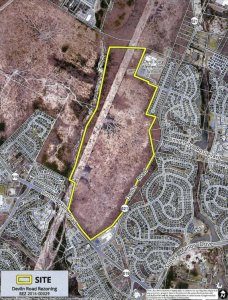 The development of that property has been considered for several years. “Stone Haven,” proposed in 2014, offered generous proffers including a school site and 644 new homes over 864 acres (which included other land use.) Lawson told the applicant she would not approve the project and the applicant withdrew it in 2016.

It reemerged, and then in 2019, the "Devlin Community" was a scaled-down proposal at 551 homes on 270 acres. The applicant still matched the proffer levels the county set in 2014. The proposal earned the approval of the planning department and the planning commission in 2019, although Brentsville’s Commissioner Patti McKay opposed it.

While the community checked all the boxes, Lawson still thought it would be too much of a burden on schools and roads. She called it “putting the cart before the horse.” Devlin Road is already overcrowded during commuter times and adding 500+ houses with 1000 or more cars on the road would exacerbate that. She noted that people spoke out against the application at the public hearing and at her well-attended town hall. 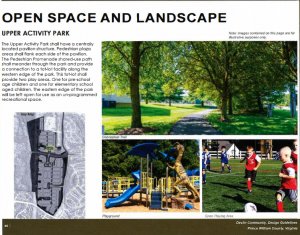 Lawson said she could not guarantee the bond referendum for the Devlin Road expansion, to make it two lanes in each direction, would come to fruition. Certainly, there would be competing interests for those funds.

But Wheeler said by the time the homes are built the road will have already been expanded. With so much funding already pledged towards Devlin Road and the attached Balls Ford Road, it would be foolish not to finish the project.

Just that evening the board agreed to award $69+ million in VDOT funding to realign the Prince William Interchange at Balls Ford Road.

The supervisors also endorsed the University Boulevard to Sudley Manor Drive extension project by which Devlin Road will be widened to a four-lane roadway at the intersection of University as funded by the Northern Virginia Transportation Authority and State Revenue Sharing for $12.6 million. 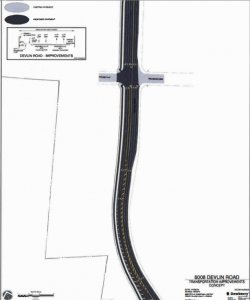 Wheeler also said it would not be right or fair to the applicant to defer once more. The applicant had waited four years and had adhered to Lawson’s recommendations. Stanley Martin did not include townhouses, at her request, but then Lawson argued the single-family homes were too close together. She wanted them to reduce the number of homes, and they did- from 556 to 516.

Candland said it was the applicant who chose to defer all those times because the votes were not there.

Lawson made a motion to decline the application, but her motion failed 5-3, along the same lines.

At that point, Lawson implored the board to at least defer the project. She asked the other supervisors to think of her constituents, those that spoke at the public hearing and those who spoke at her town hall. They do not want residential development. Ultimately it was approved with some minor amendments.