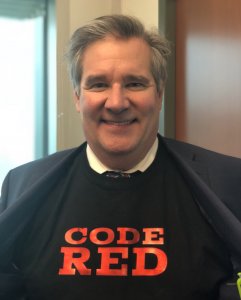 The Prince William County School Board denied Superintendent Dr. Steven L. Walts an additional two-year extension to his contract, Wednesday night, which would have extended it from 2021 to 2023.

The vote was not about whether to keep Walts in his position or end his contract.

In FY20, Dr. Walts' salary will be $330,752 before an additional $100,000 plus in benefits such as tax-deductible tuition spending and contributions to retirement savings plans, such as a 403(b.) He also receives a company car and generous travel expenses.

As per last year’s contract agreement, the superintendent will receive an automatic raise commensurate with the same percentage his employees have received.

"Unless otherwise determined by the School Board by majority vote, effective July 1, 2019, and each July 1 thereafter for the duration of the Employment Agreement, the School Board shall afford the Division Superintendent a cost of living increase equivalent to the average total increase budgeted and paid to other School Board employees that year," reads his contract.

The issue did not just come down to money. School Board members who approved the contract said it was about recognizing the superintendent’s excellent performance, while some voting against it said contract extensions would best be handled more incrementally.

The vote was a bit of a break in protocol. Usually, the board only discusses the matter in closed session as they do for personnel matters. However, this discussion partially took part in open-session. Satterwhite’s motion to go into closed session failed in a similar 4-4 vote.

Woodbridge member Loree Williams said they had already had a closed discussion so they could just vote; whereas Lillie Jessie said there had been some confusion and misinformation and she would appreciate going into closed session.

As closed session was denied, some members chose to explain their votes. Strong support for the superintendent’s contract came from Chairman Lateef and member Justin Wilk.

Wilk acknowledged that he had been critical of leadership when he was running for his office, writing “blistering” opinion pieces about Walts’ administration in the local media.

However, he said that over his tenure his mind had been changed. In his daytime career, Wilk works with school divisions seeking superintendents, and through that experience, he learned the importance in having a superintendent serve a long tenure.

“Consistency and stability are huge factors…I do see major benefits of having a strong leader at the helm,” Wilk said.

Wilk also praised Walts for what he had done for the county and the Potomac District, such as adding steps for teachers, adding mental health and social workers, expediting security improvements, expanding Pre-K, expanding CTE programs, overhauling special education programs, and building new schools and extensions when needed.

Lateef offered glowing praise for Dr. Walts. “I am 100% in support of Dr. Walts’ contract extension.”

He said there are only a number of people who could do that job, which he learned working on the Presidential Search Team for the University of Virginia. And he praised Walts’ performance as well, saying it’s “not by accident” that Walts has passed evaluations with “flying colors.”

“His commitment to our students' success has been fantastic. We have delivered the best budget. In the recession, not a single teacher got laid off in the division… with us having some of the lowest per-pupil spending in the region (which he noted is beyond the school board’s control,) we’ve been able to stretch that dollar with amazing results. I look forward to seeing much more of that.”

Lateef said he also passed an excellent budget this year that pleased every board member, and graduation rates in Prince William County went from 83% to 93% over Walts’ tenure.

Brentsville representative Gil Trenum said he is not running for reelection and thinks it would be more appropriate for the next board to decide upon extending the superintendent’s budget so far into their term.

Deutsch said he would prefer to review contracts towards the end of a contract and Walts has already been given a two-year extension.

Walts had gained favor and recognition among the staff and student body this year, by performing humorous Twitter videos to announce snow days and appearing at pep-rallies and school events in school mascot uniforms.

But there was some hushed controversy about the way Walts allegedly promoted himself.

Jessie had to stop herself from saying too much in open session.

“I wanted your evaluation to be fair,” Jessie said. She said when she was a principal she never went to her staff. “I didn’t have that luxury. If I had done that, I would have been dismissed.”

She explained she could not support the extension “I will continue to do what I’ve always done, and support you, but I will not support four years.”

On social media, Jessie followed up with a statement saying that she did not vote along with the Republican-supported members, she voted her conscience and for the people of her district.

If I had given him a contract extension, Dr. Walts would have 4 years without any accountability by the board and the PWCS taxpayers would have to pay out $500,000 per year or 2 million dollars if his performance wasn’t satisfactory.

I did not feel comfortable with giving him 4 years without accountability and committing another 1 million dollars of taxpayer money. I voted against the contract extension for that reason.