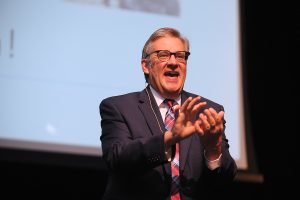 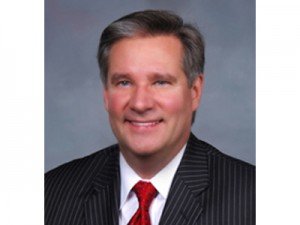 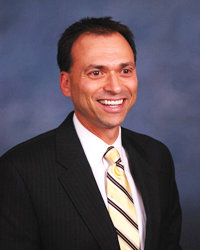 Dr. Walts Says He Has No Regrets

“I sleep well at night. I fought the good fight a few times,” said Walts. “I really don’t have any regrets. It was really an honor and a privilege to get [the job at] Prince William. So there’s about 16,000 school systems in the U.S., and we’re the 35th largest. You got to be all in, but it was a pleasure to be all in. I loved working with Keith. For our daughter, and all the children, I couldn’t be happier,  representing all the students in Prince William County Schools.””
Dr. Steven Walts
Stacy Shaw

As Superintendent of the 2nd largest school division in Virginia, and 35th largest in the nation, Walts oversaw a population of approximately 90,000 students, and 11,500 employees in 100 schools. He opened 24 new schools and the Kelly Leadership Center. Dr. Walts was twice selected as Virginia’s Region IV Superintendent of the Year.

It often said it takes a village,  Board of County Supervisor Chair Ann Wheeler said, and “Dr. Walts was at the helm of our village.” In a video message she recognized Walts for his adoption full-day kindergarten for all students, and his introduction of many preK programs, especially for the most vulnerable. He led a diverse division in which 100 languages are spoken.

Under his tenure, the on-time graduation rate rose to 93%. Walts sustained and added new competitive and high-interest specialties at every high school including CTE [Career and Technical Education] programs.

Board members said Walts successfully navigated the financial crisis of 2008. Chairman Dr. Babur Lateef noted he did so with the lowest per pupil spending in the region, and without cutting programs or furloughing a single employee.

Lateef said Walts was then, “smacked in the face with the pandemic.” Walts led the charge to to reinvent how to teach virtually and via a hybrid model balancing, interests of student, teachers and parents.

Walts prioritized the health and safety of students, staff and the community with a conservative return to school plan. He said he would put safety above the return to normalcy people craved, even if was unpopular.

“Our school division offers an incredible thanks,” said Chairman Lateef, for Walts “integrity and fidelity” and what Lateef described as “unmatched stamina.” He said Walts would alway “still sit there with a smile on his face.”

Lateef praised Walts by saying that, “in my tradition, it is God, teacher and parent, in that order.” He believes Walts has left life-long legacy as a master educator of a generation of students in Prince William County.

Former Chairman Milt Johns, who served as Chairman-At-Large for 10 years with Walts as superintendent spoke during Citizen’s Time.

“Our community owes a debt of gratitude to Dr. Walts.” He recognized Walts for building new schools and additions during a time of “crushing growth” in the county. He thanked him for all of the specialty programs he oversaw at high school, middle school and the Governor’s School.

“His legacy will live on for generations,” Johns said. He said that Imon was “an integral part of the leadership team.”

Lisa Zargurpur, member representing the Coles District, said she knew Walts as a parent at Marshal Elementary School. “You are the real deal and you are consistent and our kids have always been in good hands under year leadership.”

Potomac District member Justin Wilk said “we didn’t start out great,” but he grew to like the superintendent.

Wilk thanked Walts for grading reform, saying it was “really about the kids’ success and for the beautiful “expansion of schools,” in his district.

Walts often faced harsh criticism over his tenure as well. In 2020 he was sued for the use of his PWCS Twitter account in interacting with students.

However, while account was active it helped Walts endear himself to the students and parents. Students called him The GOAT [Greatest of All Time], cheered him on when he called snow days, which the superintendent often announced via a piano number.

Walts was criticized for spend too much on new facilities and their accoutrements. People questioned his loyalty to school administrators who were moved around rather than terminated.

People questioned the high salaries of Kelly Center Leadership employees and required more transparency of school leadership and spending. In his last offer of bonuses, the school board rewrote Walts’ propose to provide a more fair form of compensation that did not favor those with a higher salary.

Woodbridge school board member Loree Williams, acknowledging that criticism comes with the territory of being in a high-profile position, offered this Theodore Roosevelt quote to Walts:

"It is not the critic who counts; not the man who points out how the strong man stumbles, or where the doer of deeds could have done them better. The credit belongs to the man who is actually in the arena, whose face is marred by dust and sweat and blood; who strives valiantly; who errs, who comes short again and again, because there is no effort without error and shortcoming; but who does actually strive to do the deeds; who knows great enthusiasms, the great devotions; who spends himself in a worthy cause; who at the best knows in the end the triumph of high achievement, and who at the worst, if he fails, at least fails while daring greatly, so that his place shall never be with those cold and timid souls who neither know victory nor defeat."

Walts teared up, saying that before he worked here, he knew of Prince William County Schools’ reputation. He knew its programs made it extraordinary. He said that when he was hired he was so proud, and the board told him, they wanted to become “World Class.” So they began to use the slogan “a World Class Education,” and that is what he has always strived for.

“I sleep well at night. I fought the good fight a few times,” said Walts. “I really don’t have any regrets. It was really an honor and a privilege to get [the job at] Prince William. So there’s about 16,000 school systems in the U.S., and we’re the 35th largest. You got to be all in, but it was a pleasure to be all in.... I couldn’t be happier representing all the students in Prince William County Schools.”

“This kind of an education where you can come in PreK you get a full day kindergarten opportunity, you can get a specialty program even in elementary. The high schools are like the envy of the nation.”

“You are absolutely the coolest superintendent around, and you will be sorely missed.” Williams said.

On July 1, Dr. LaTonya McDade will take over as new Superintendent and Chief Education Officer, of Prince William County Schools.

January Things to Do in Prince William County, Virginia