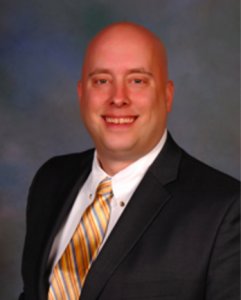 Sawyers intends to make a motion to alter the amendment at Wednesday’s board meeting.

Sawyers posted an announcement on his Facebook page, Sept. 17, explaining his intention to change the amendment so to allow the superintendent to implement bathroom policies according to current regulations. The issue could then be revisited at a later date at the board's discretion.

As you likely know, I proudly support adding “sexual orientation and gender identity” to our non-discrimination policy. This is not a bathroom or locker room issue for me but a fairness issue when it comes to employment, work environment, school environment, and of course, education.

Back in June, Sawyers said he wanted to do something to protect the LGBT community at PWCS. He proposed adding them as a protected group under PWCS’s nondiscrimination policy.

Most of the pushback Sawyers’ received against the amendment concerned the question of whether transgender students could use the bathroom that matched the gender to which they identify.

As a result, that issue overshadowed the core intent of the amendment: protecting people’s jobs from discrimination in hiring and firing practices, and shielding LGBT students from harassment and/or bullying.

While some said they were vehemently opposed to discrimination and bullying of LGBT people, the bathrooms and locker room issue dominated the discussion during citizens' time and on the dais.

School board members who were reluctant to support the amendment seemed largely focused on unintended consequence such as changing clothing or showering in locker rooms.

Now, with the bathroom/locker room issue pushed aside, citizens have the opportunity to tell their school board representatives how they feel about accepting the policy

However, the core issue may still prove controversial with religion and tradition values opposing homosexuality.

Potomac representative Justin Wilk has not yet announced how he will vote, but he is busy listening to his community.

“I have had meetings in person with pastors, priests and principals. These will continue into the evening with phone calls from community leaders and up until Wednesday morning. In a two-week timeline, this is the best I’m able to do," Wilk said.

Black pastors in the county sent a letter to the school board, Sept. 17, opposing the amendment; it names bathroom privacy as the main concern. However, the letter also says they do not believe LGBT people should be subjected to harassment.

Adding “gender identity” to this non-discrimination clause would allow transgender students and staff to choose the bathroom, locker room, showers and athletic team participation of their preferred choice, regardless of biological anatomy.

While you may consider this potential change as ensuring diversity within our schools, the reality is this potential policy change would threaten the privacy rights of our students. No female or male student nor teacher should be forced to use a bathroom, locker room or shower area with someone of the opposite gender simply because that individual no longer identifies with or ignores their biological anatomy.

Sawyers asked on his Facebook page that  school board support the revised amendment.

The vote is scheduled for this Wednesday evening before the temporary Brentsville representative takes his or her seat on the board.

We request that the Superintendent provide the School Board with a presentation of the new regulations that implement this policy change by the last regularly scheduled school board meeting of the 2016-2017 academic year.