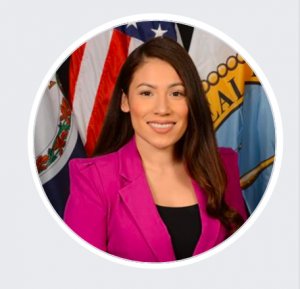 Newly-elected Coles Supervisor Yesli Vega (R) opposed the Devlin Community in Bristow. Yet at this week's Prince William Board of Supervisors' meeting she abstained rather than voting against the development. Her vote left many perplexed, and thus, she decided to set the record straight. In a Facebook post, Wednesday, she explains her vote (at the end of the post) and her reasons for opposing the development. Posted Mar. 11, 2020 by Supervisor Yesli Vega What happened last night with the Devlin Road rezoning (Brentsville District) over the objections and literal pleading of its Supervisor should have a chilling effect on any county resident who cares about increased traffic, the environment, school overcrowding, the expectation of representative government, and the continued un-proportioned impact of those that have money over the county’s decision making processes.
Many of you know that the Devlin Road rezoning proposal requested to put 516 homes on .16 acre lots in an already congested part of the Brentsville District. Though not in my district, I received over 200 e-mails from concerned neighbors of the proposed development expressing their opposition versus 2 who were in favor. The vast majority of those emails were addressed to the Board as a whole. Then last evening, neighbor after neighbor came before the Board in-person until after 11 pm begging us not to significantly alter their quality of life by approving this massive rezoning. To her credit, the Brentsville District Supervisor had an open mind and got the message - her constituents OVERWHELMINGLY didn’t want it and she passionately urged the Board to listen to their clear will. Again, she literally pled with her fellow Board members to vote against it. Or to defer the vote to allow the Supervisor more time to work with the applicant to get a win win for everyone. Unfortunately, the will of the district supervisor in which this massive development will be built didn’t matter. Significantly more traffic didn’t matter. The environmental impact and storm water concerns didn’t matter. School overcrowding didn’t matter. And ultimately, your voices didn’t matter. And the fact is the impacts of these massive developments aren’t limited to the neighborhood or even the district they’re built in.This is going to have reverberating impacts across the entire county and into every district, including Coles. We’re only two months in, but the trend so far with this new Board seems to be that if you have money, you get your way.[/pullquote] For decades, developers have tried to pack high density housing into this area over the objections of the people. Fortunately, the people’s wishes had always been respected at the end of the day and the requests were denied - until last night. To the residents of the Brentsville District posting about how exhausted and demoralized you are this morning, I don’t know what to say. I’m so sorry. Maybe it’ll take a 200:1 ratio of opposition next time before they listen to your cries. To the residents of the Coles District and everywhere else, be on alert. If the majority is willing to stick our neighbors with such an undesired development over the objections of virtually everyone but the applicant, they could very well do it to us too. I didn’t think this was the way it was going to be, but we should all take last night as a warning shot that the district supervisor and citizens wishes will not be respected by this new Board. In conclusion, some of you have asked why I “abstained” from voting for the consolation “prize” of additional proffers offered by the majority after they forced this monstrosity down Supervisor Lawson’s throat.It’s simple - because it didn’t matter at that point. The majority was going to pass what the majority wanted to pass, the residents be damned.[/pullquote] After all, as I heard last night it’s all about holding the (party) line. The above post reflects the opinions of its author and not necessarily that of Bristow Beat.