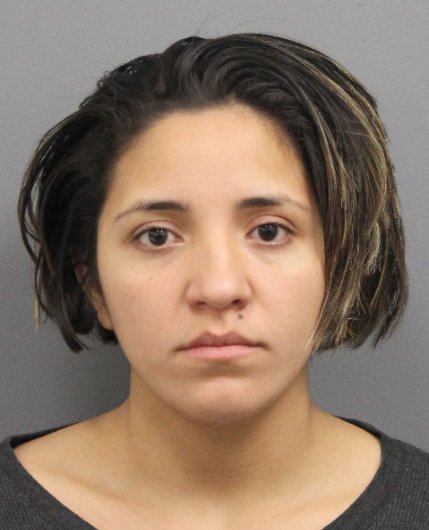 When the victim attempted to use his phone, the accused took the phone and threw it, preventing him from calling for emergency services.”
Officer Renee Carr
Area where the crash occurred
Centreville Road
Conner Drive
Manassas, VA 20111
View larger map
Prince William Police

Fatal Crash Investigation ADDITIONAL CHARGES – On Nov. 16, investigators with the Crash Investigation Unit obtained additional charges for the driver involved in the fatal collision that occurred in the area of Centreville Road near Conner Drive in Manassas (20111) on Nov. 15.

The investigation revealed that after striking the victim, the accused, Keiry Beatriz Alavarez Contreras, 23, of Manassas, initially stopped and approached him as he laid injured in the roadway.

"When the victim attempted to use his phone, the accused took the phone and threw it, preventing him from calling for emergency services," said Master Police Officer Renee Carr."

After throwing the phone, the accused then fled the area, leaving the victim in the street.

After consultation with Commonwealth Attorney’s Office, investigators obtained additional arrest warrants for the accused, identified as Keiry Beatriz Alvarez Contreras, who was arrested without incident.

The deceased was identified as Jose Pastor Manzanares, 74, of Manassas Park. He died at the hospital as the result of the injuries he sustained from the crash.

Keiry Beatriz Alavarez Contreras, 23, of 8331 Highland St. in Manassas, was arrested, Nov. 16, and charged with felony homicide and preventing the summoning of emergency services.

Her court date is pending. She is being held without bond.

The investigation revealed that the driver of a 2011 Hyundai Sonata was traveling southbound on Centreville Road., when the vehicle struck a pedestrian who was walking in the roadway. The driver of the Sonata continued driving off the roadway and onto the median before fleeing the area.

The pedestrian was transported to an area hospital where he died as a result of his injuries sustained in the crash.

During the investigation, officers located the striking vehicle in the area of Burlington Court. Officers also identified a woman who was driving at the time of the collision.