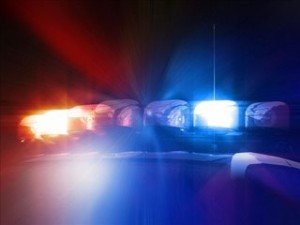 POLICE UPDATE: The passenger on the motorcycle that was involved in a crash that occurred near the intersection of Lee Highway (Route 29) and Heathcote Boulevard in Gainesville died as a result of her injuries from the collision, Saturday. The driver of the motorcycle died previously at the scene of the crash. Investigators from the Prince William County Crash Investigation Unit responded to the intersection of Lee Highway and Heathcote Boulevard in Gainesville, Aug. 31 just after 5 a.m., to investigate a crash involving a motorcycle and an SUV. The investigation revealed that the operator of a 2006 Kawasaki Ninja ZX-6R was traveling at a high rate of speed southbound on Lee Highway approaching Heathcote Boulevard. At the same time, the driver of a 2010 Toyota Highlander exited the I-66 west off-ramp to cross Lee Highway onto Heathcote Boulevard with a green traffic signal. The Kawasaki operator proceeded through the intersection against a red traffic signal, striking the Toyota in the right rear section of the vehicle. The driver and passenger of the Kawasaki separated from the motorcycle. The operator of the motorcycle was initially pronounced died at the scene. The passenger of the motorcycle was transported to an area hospital where she died from her injuries. The driver of the Toyota was not injured. The deceased operator of the 2006 Kawasaki Ninja ZX-6R was identified as James Edward Beach II, 41 of Gainesville. The deceased passenger on the 2006 Kawasaki Ninja ZX-6R was identified as Shannon Nicole Meyer, 22, of Bristow. The driver of the 2010 Toyota was identified as a 63-year-old man of Centreville.