Express lanes will be free initially 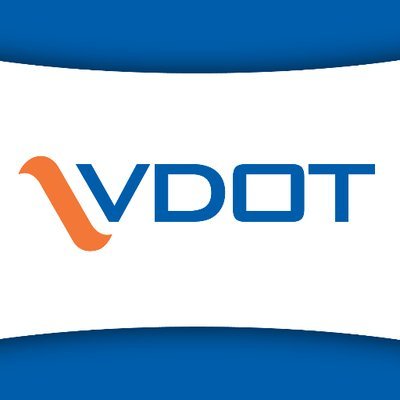 MANASSAS, VA – Virginia Secretary of Transportation W. Sheppard Miller III and Virginia Department of Transportation (VDOT) officials joined federal, state and local officials, the Commonwealth’s private partner, I-66 Express Mobility Partners (EMP) (a consortium of private developers Cintra, Meridiam, and APG), and the design-build contractor, FAM Construction (a joint venture between Ferrovial Construction and Allan Myers), at a ceremony to officially recognize the early opening of the western section of the new 66 Express Lanes Outside the Beltway.

The nine-mile western segment, which spans Route 29 in Gainesville to Route 28 in Centreville, opened ahead of schedule on Saturday, Sept. 10. This westernmost portion is the first section of the 66 Express Lanes to open, and will provide early benefits to I-66 travelers including added capacity, smoother pavement, better travel reliability and new connections. The remaining 13 miles of new express lanes along I-66 between Route 28 and I-495 (the Capital Beltway) are scheduled to open in December 2022.

“Today’s early opening of the first section of the 66 Express Lanes allows the Commonwealth and its partners to begin providing long awaited relief to drivers who have dealt with daily congestion, unreliability, and most recently, five years of heavy roadway construction,” said Virginia Secretary of Transportation Shep Miller. “By the end of this year, we expect to open the remainder of the more than $3-billion 66 Express Lanes megaproject, benefitting I-66 travelers, and becoming a critical part of the Commonwealth’s planned 90+ mile express lanes network in Northern Virginia.”

The new western section of 66 Express Lanes is open to all traffic toll-free initially, so that motorists can benefit from the additional capacity, become familiar with the new express lanes and access points, and open an E-ZPass account, if needed. Tolling and HOV rules are expected to begin by the end of September.

“Extensive planning and design, ongoing collaboration and hard work have made today’s early opening of the western section of the 66 Express Lanes Megaproject a reality,” said VDOT Commissioner Stephen Brich. “We are proud to be able to start delivering positive results to I-66 travelers earlier than expected, despite experiencing unprecedented times and a global pandemic for the last few years. Drivers should remain alert to the continued construction occurring on the eastern end of the corridor, as our team focuses on completing and opening this remaining section of 66 Express Lanes by the end of the year.”

Drivers can access the newly opened western end of the 66 Express Lanes through a variety of entrance and exit points including access from the general purpose lanes at each end of the segment, and via new dedicated ramps at Route 234/Sudley Road, Route 28, and Braddock and Walney Roads. Direct access is also available from two new commuter parking lots at University Boulevard (Gainesville) and Balls Ford Road/Century Park Drive (Manassas), which were built as part of the overall Transform 66 Outside the Beltway project.

Once tolling operations begin, eligible high occupancy vehicles (HOV) with an E-ZPass Flex set to “carpool mode” will be able to travel the 66 Express Lanes toll-free. The express lanes will also be available for motorists who choose to pay a toll, using either E-ZPass or by paying online at Ride66Express.com. In the initial tolling phase of the western segment, vehicles must have two or more occupants to qualify as HOV, and may include carpools, vanpools and commuter buses. Additional information on how to use the 66 Express Lanes can be found at Ride66Express.com.

“Today’s opening of the first section of the 66 Express Lanes Outside the Beltway allows drivers the opportunity to learn and become acclimated with the new lanes and how they work, while starting to experience congestion relief and improved reliability on I-66,” commented Javier Gutierrez, chief executive for I-66 Express Mobility Partners. “We want to thank and recognize the hard work and commitment of our contractor, FAM Construction and the thousands of workers who have made today’s early opening possible. We look forward to our continued long-term partnership with the Commonwealth and surrounding community, and look forward to delivering valued service to I-66 customers.”

While the western section of the 66 Express Lanes is open, construction will continue throughout the project corridor. Activities will include major paving operations and shifting lanes into final alignments, as well as work on interchanges, bridges, ramps and a shared-use path. Following the anticipated opening of the remaining 66 Express Lanes in December 2022, final construction elements will continue and are scheduled to be completed in mid-2023.

Visit Transform66.org to stay informed about I-66 construction activities.

The Transform 66 Outside the Beltway project provides 22.5 miles of new express lanes (two lanes in each direction alongside three regular lanes), with dedicated express lane access ramps, and median space reserved for future transit. In addition, the project will provide approximately 4,000 park and ride spaces, new and expanded commuter bus service on Fairfax County Connector and Potomac & Rappahannock Transportation Commission Omniride, safety and operational improvements at key interchanges, auxiliary lanes between interchanges, and bicycle and pedestrian paths and connections. The I-66 Outside the Beltway project will deliver about $3.7 billion worth of transportation improvements benefitting northern Virginia’s I-66 corridor, financed by I-66 Express Mobility Partners.

When the remaining portion of the 66 Express Lanes opens later this year, drivers will need to have three or more occupants to qualify as an HOV and travel the express lanes for free. This change from HOV-2+ to HOV-3+ will apply across the entire I-66 corridor between Route 15 in Haymarket and Route 29 in Rosslyn - including I-66 Express Lanes located inside and outside the Beltway.

I-66, Gainesville, Manassas, Sudley Road, express lanes, I-66 Outside the Beltway, VDOT, Virginia Department of Transporatation