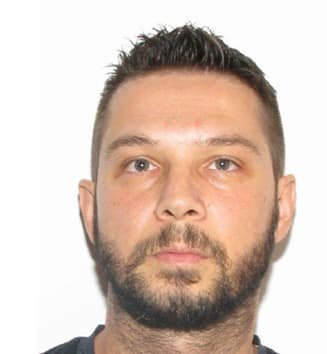 Darko Jerinic
Courtesy of Warrenton Police
Posted Wednesday, November 2, 2022 7:58 pm
Staff
A Prince William County Schools bus driver with routes in Gainesville was arrested on charges of distributing child pornography, today.
The accused, Darko Jerinic of Warrenton, drove Bus 270, which serves  Mountain View Elementary School, Reagan Middle School, and Gainesville High School.
"There is no indication any of our students are involved in this situation at this time," said PWCS in an email to families whose children ride Bus 270.
According to a new release from Warrenton Police Department, Warrenton Detectives and Virginia State Police Special Agents executed a search warrant at 321 Gay Road in reference to an ongoing investigation.
As a result, Mr. Darko Jerinic, a 42-year-old town resident, was arrested and charged with the distribution of Child Pornography on Nov. 2.
The investigation began when the Virginia State Police Internet Crimes Against Children (ICAC) Task Force began an investigation into child pornography being downloaded on the internet. The investigation led to Mr. Jerinic’s address in Warrenton.
According to the PWCS email, the driver has been placed on leave, "while the case is investigated by PWCS and addressed by the court system."
Jerinic drove a bus for the Fauquier County School Division in 2017 and 2018 according to GovSalaries.com.
"It is because of this strong partnership between law enforcement agencies that allow us to protect the most vulnerable among us," said the Warrenton PIO.