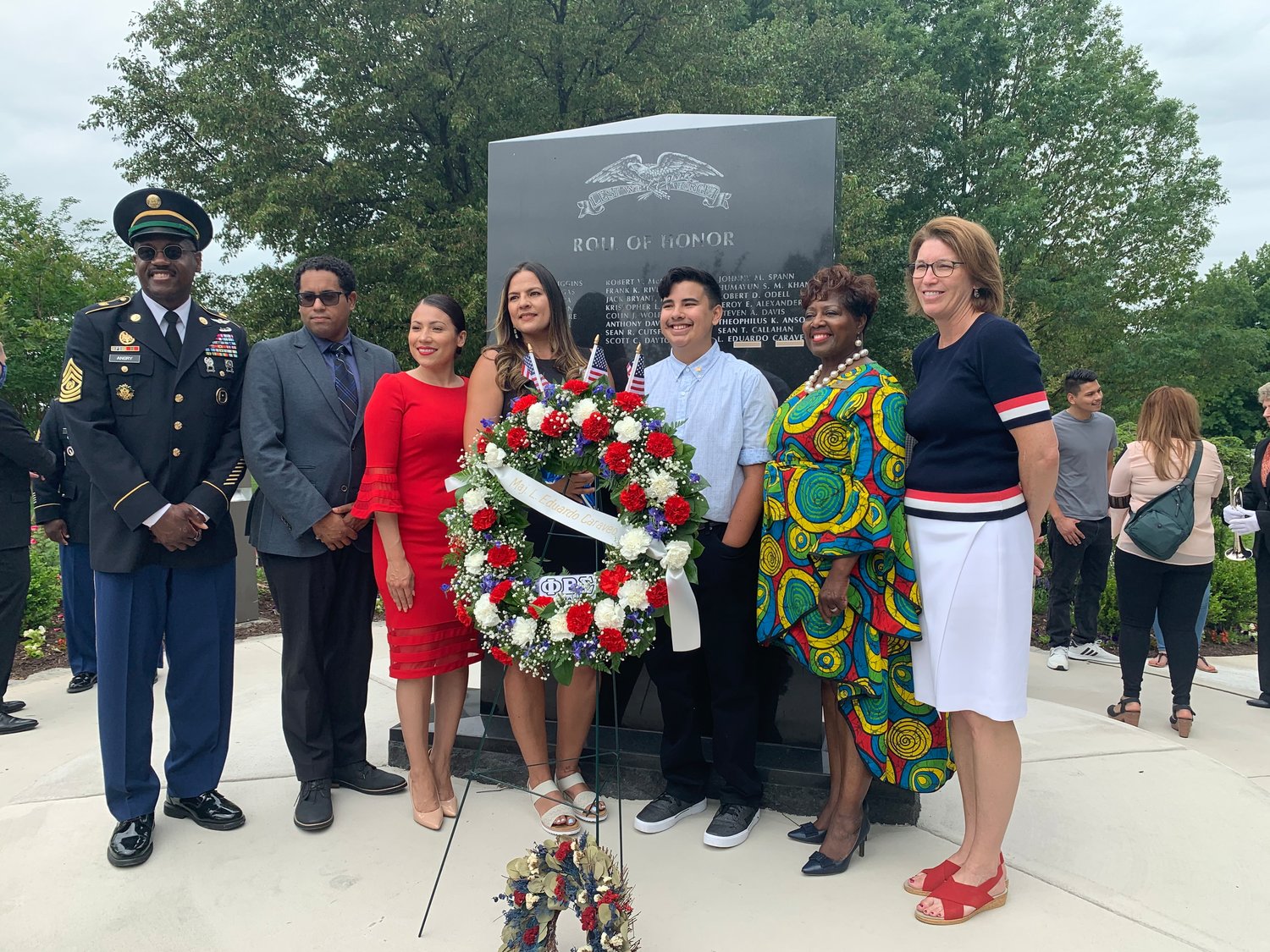 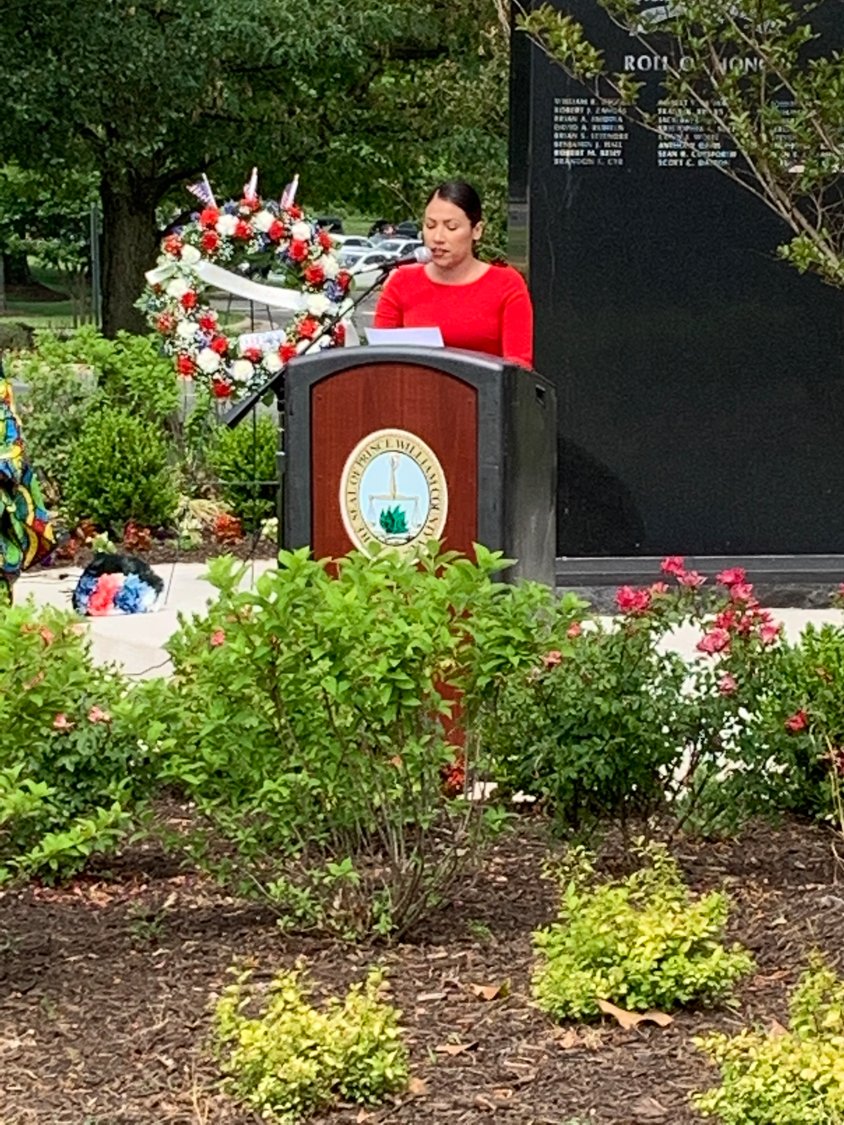 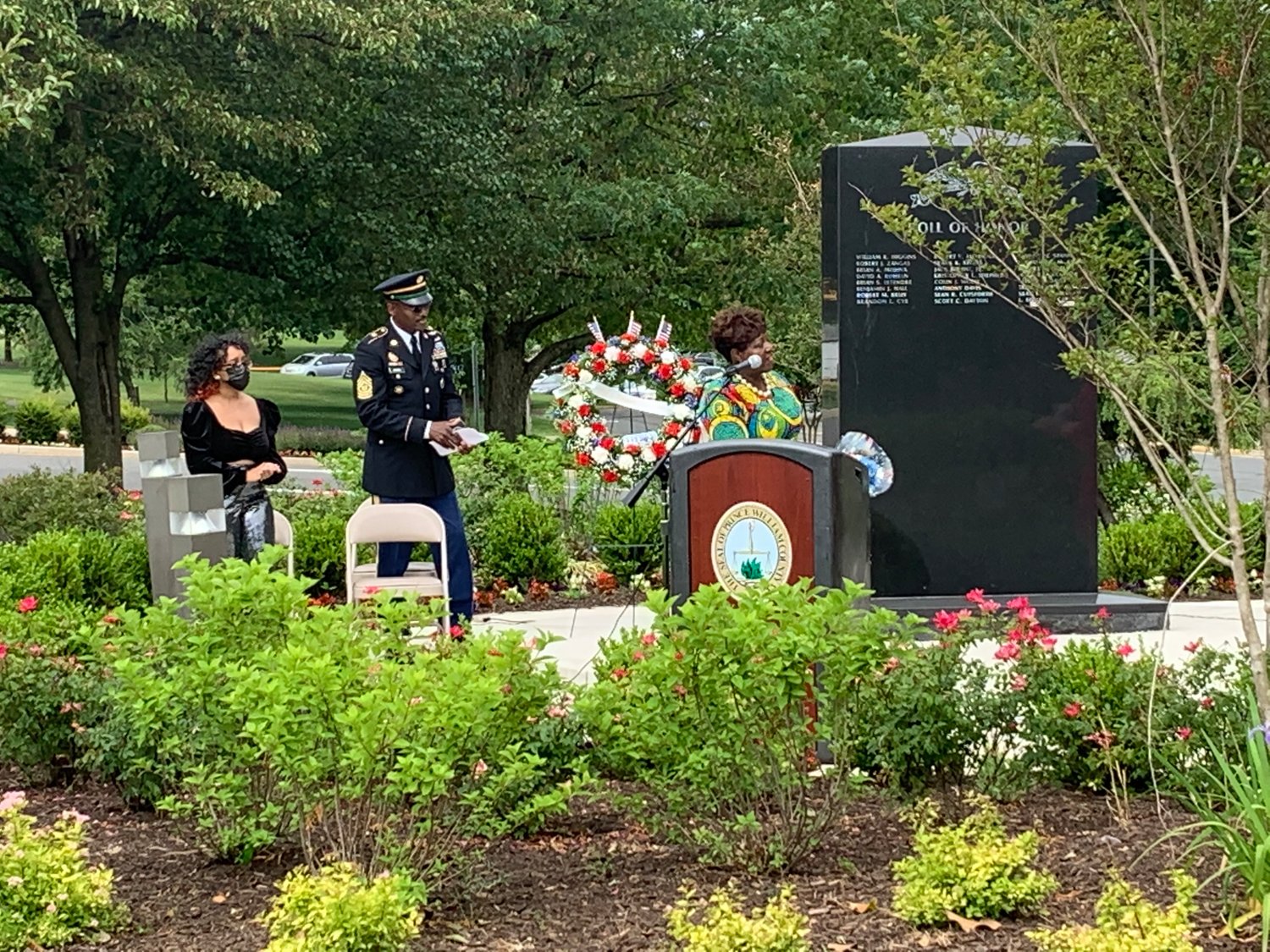 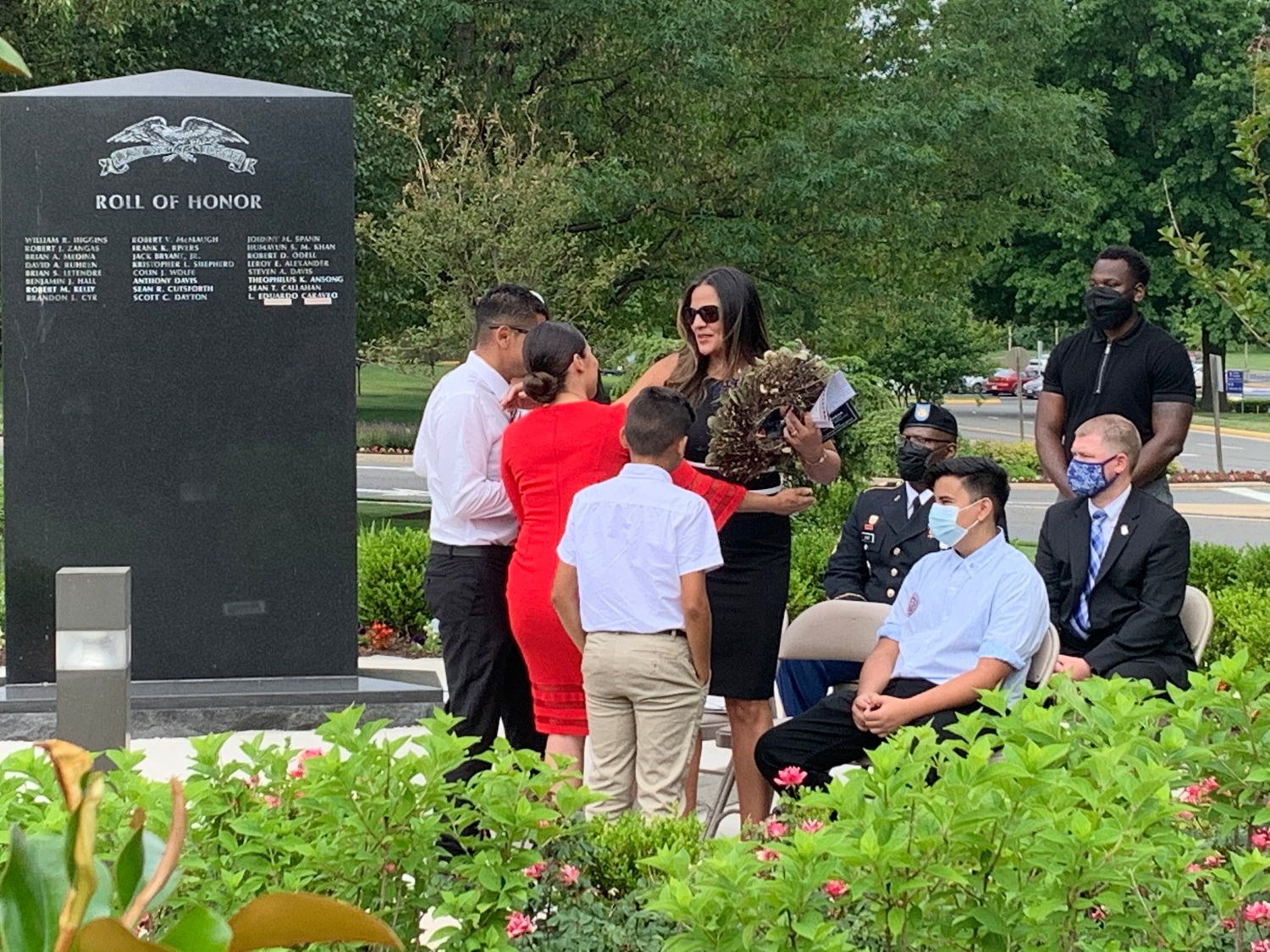 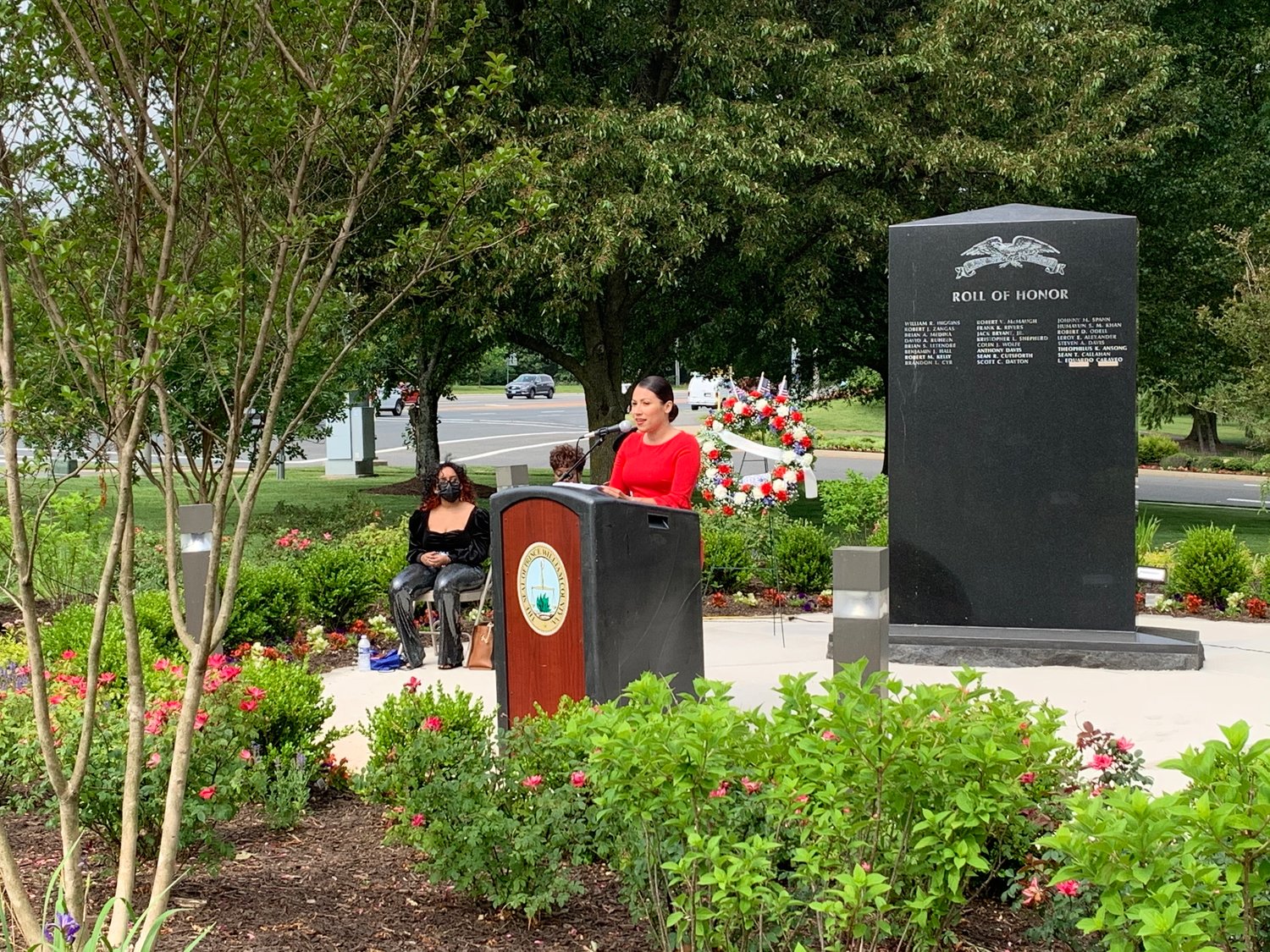 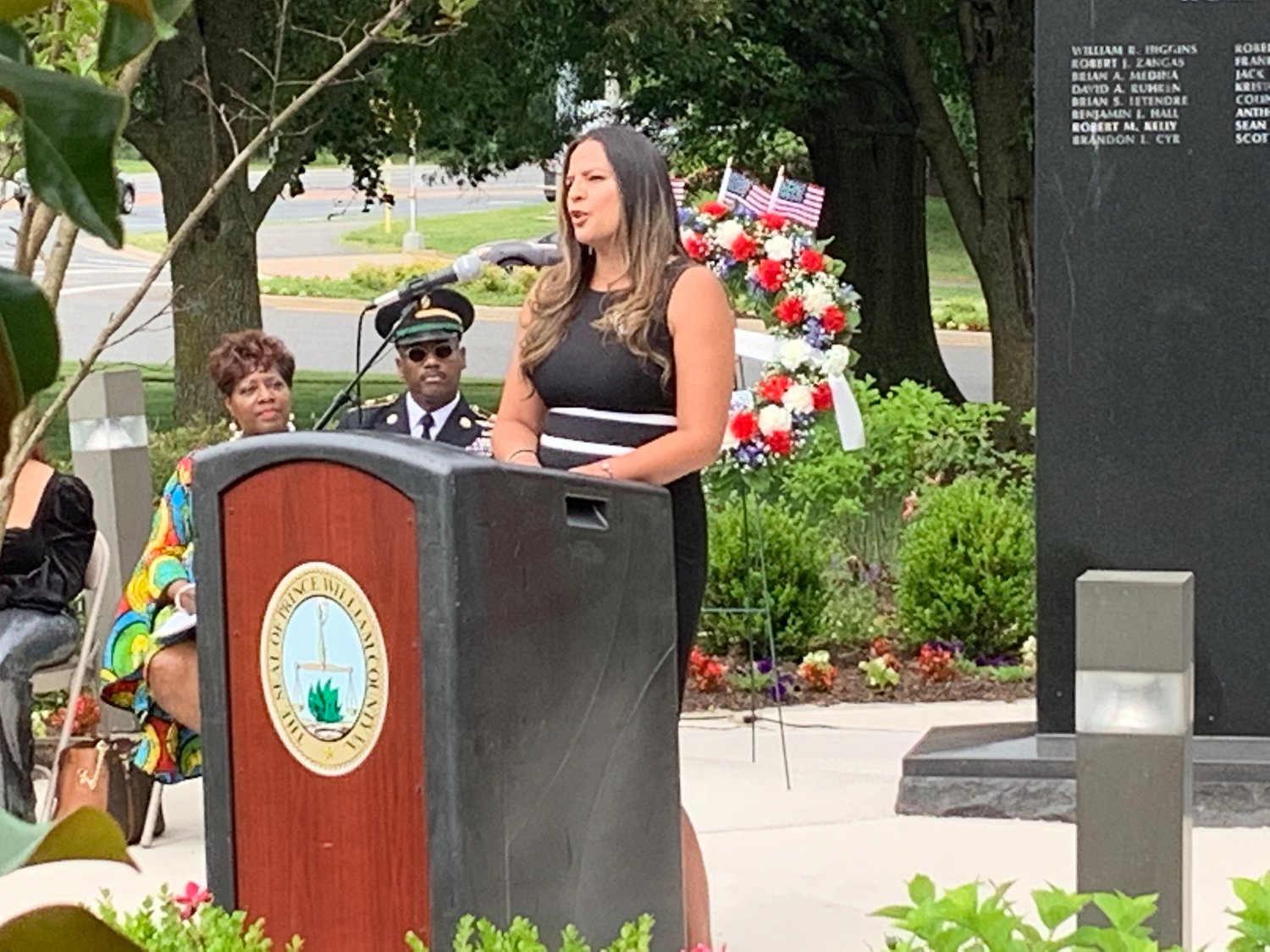 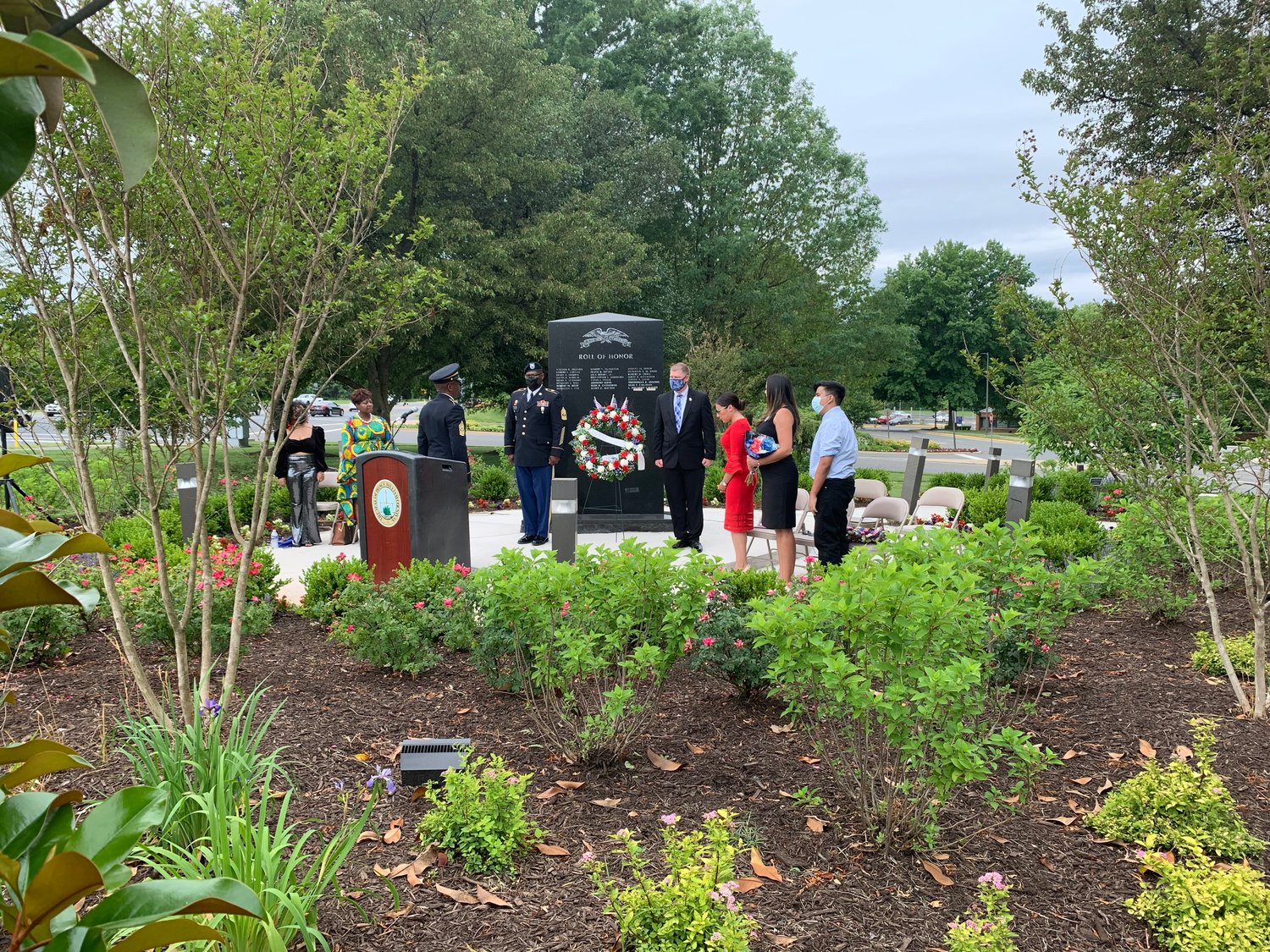 Salute to the major.
Bristow Beat 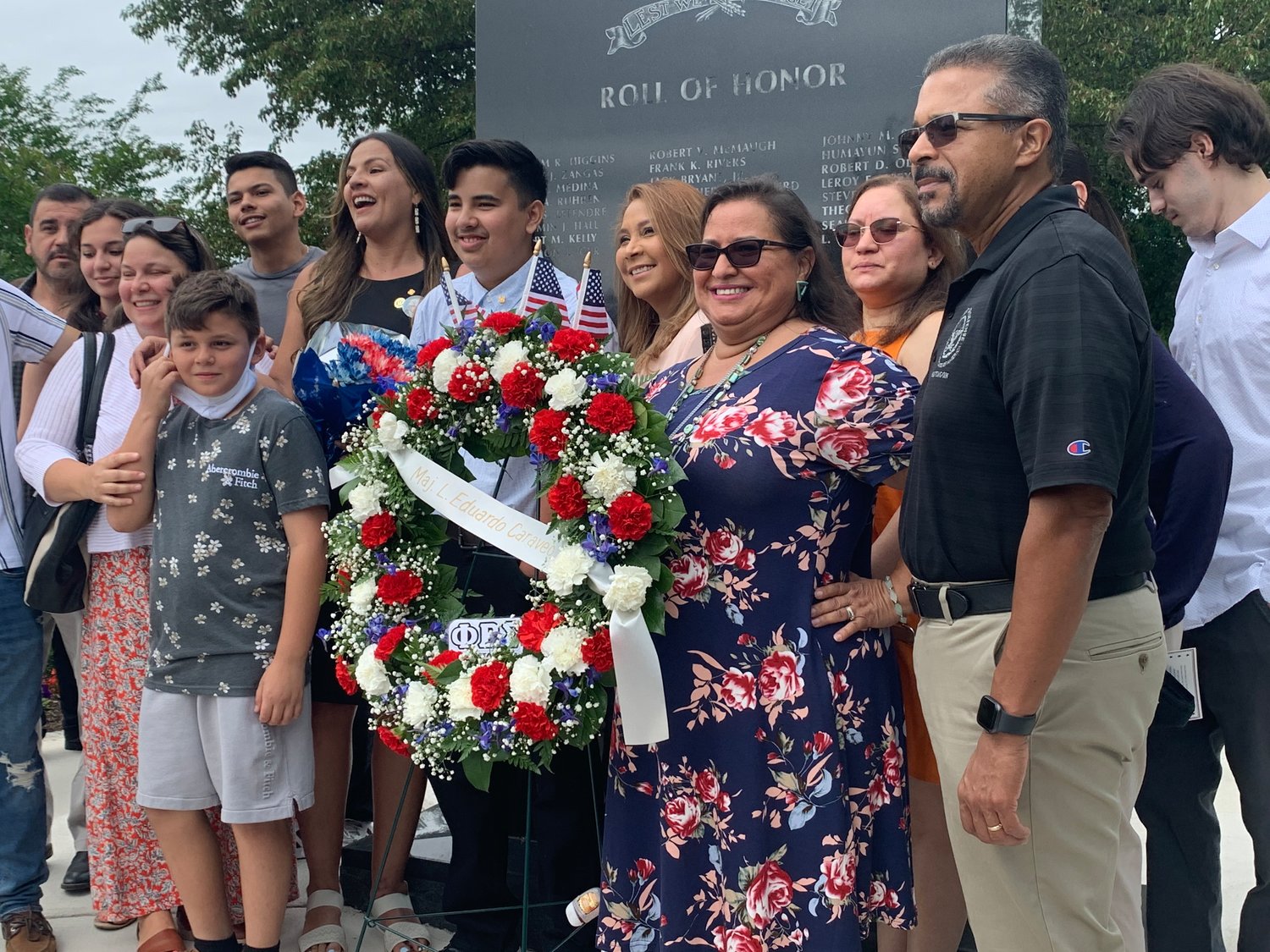 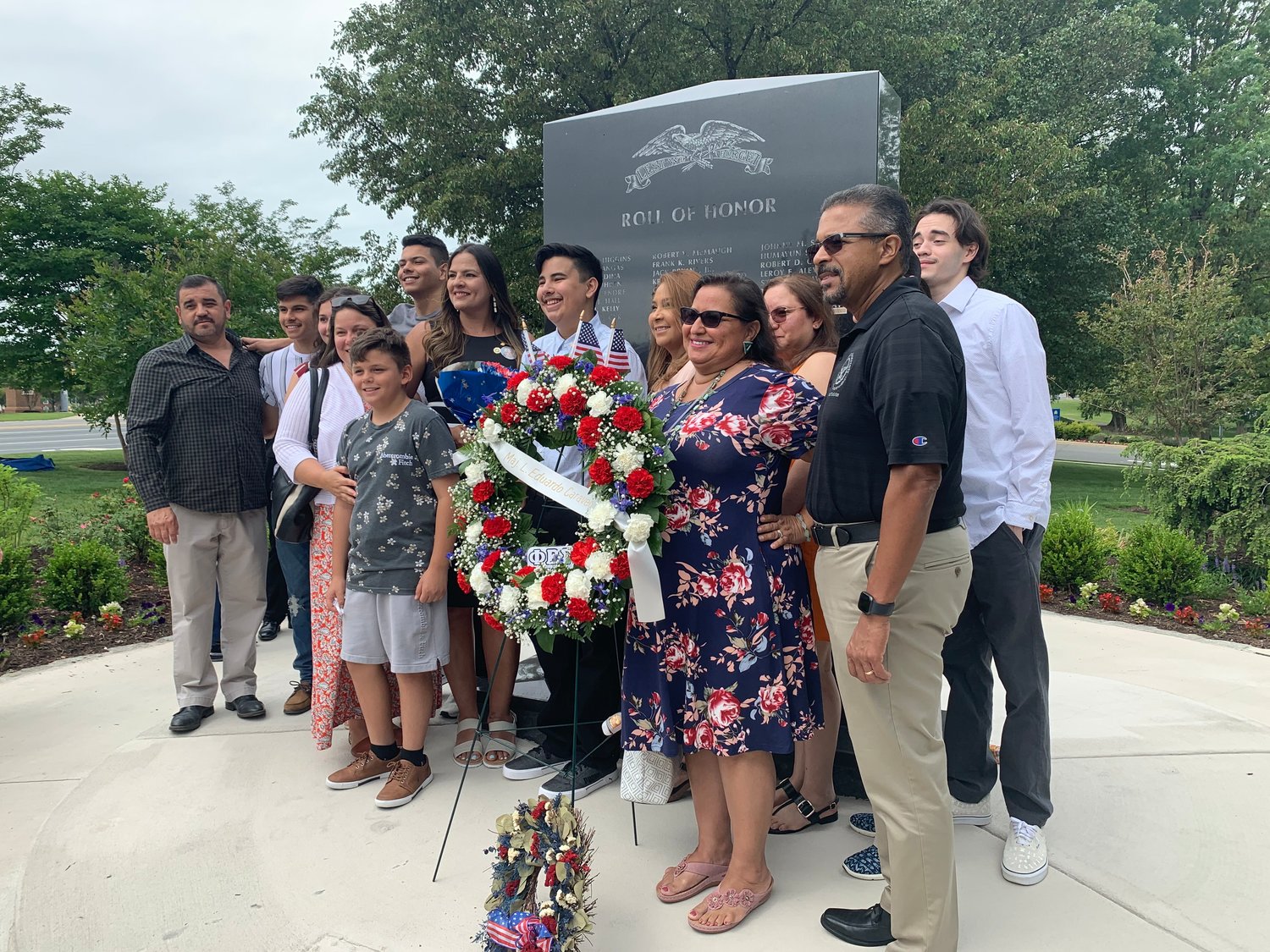 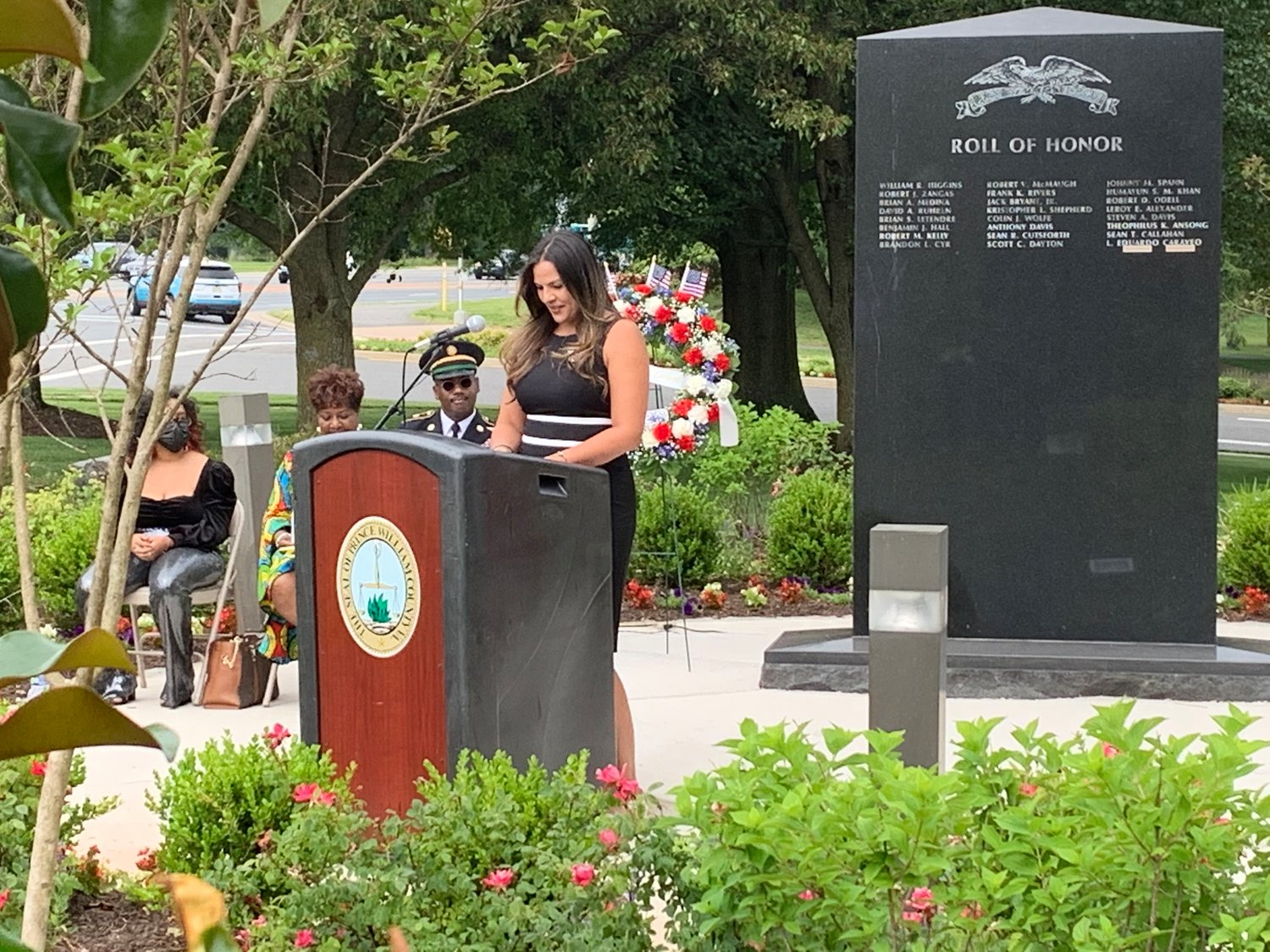 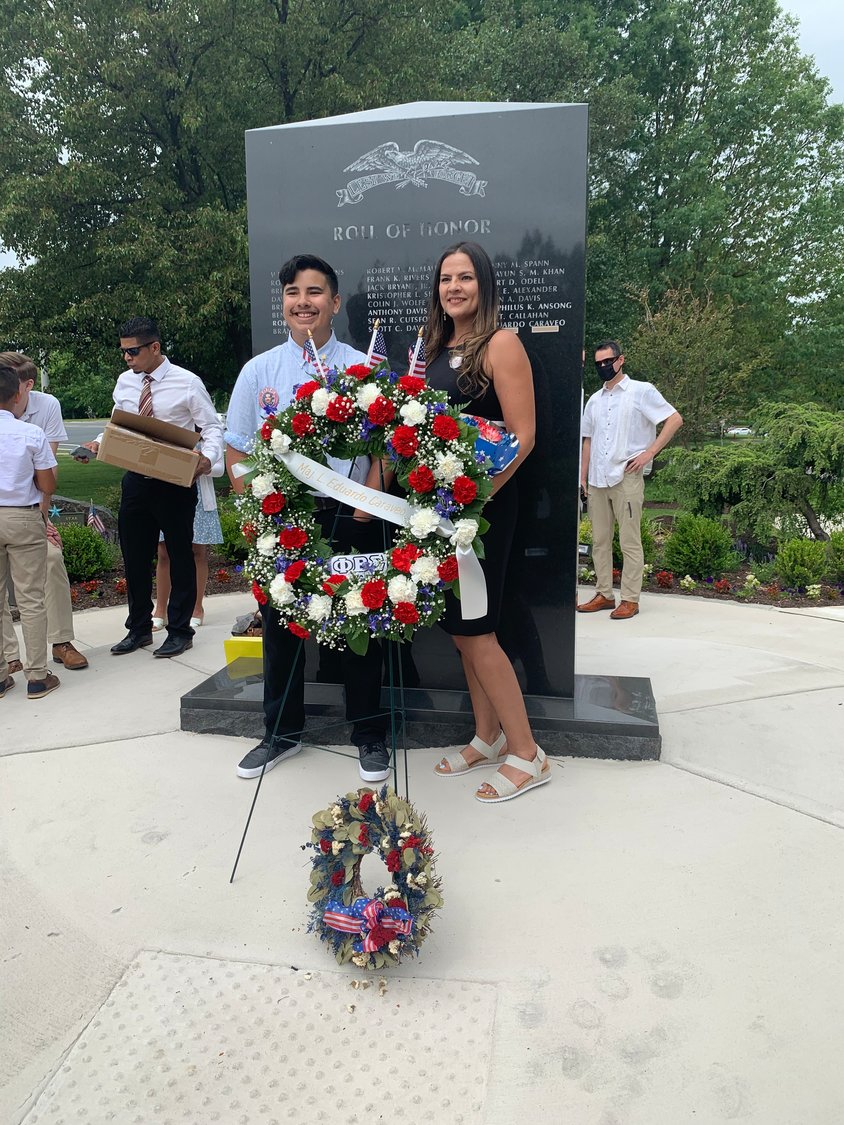 Previous Next
Posted Tuesday, June 1, 2021 4:36 pm
Stacy Shaw
The Prince William County Supervisors honored Maj. L. Eduardo Caraveo, Friday, by adding his name to the county’s War Memorial and holding a wreath-laying ceremony for his family at Freedom Park near the McCoart Building in Lake Ridge.

Maj. Caraveo was killed at Fort Hood in a terrorist attack on the U.S. Army base in 2009 along with 13 other service members. He was posthumously awarded The Purple Heart Medal and is buried in Arlington National Ceremony.

Caraveo worked as a clinical psychologist in Dumfries, Virginia. He led seminars on marriage counseling, anger management, positive thinking and cultural diversity in the D.C. Metro Area. He joined the Army Reserve in 1999.

The Prince William County Supervisors voted unanimously to add Caraveo to the War Memorial at the behest of Coles Supervisor, Yesli Vega. Vega said she was contacted by Dan Gates of the Coles District and VFW. Gates wanted Caraveo's name added to the memorial but knew he did not meet the criteria.

The Supervisors voted unanimously to amend the language to include Caraveo. It now allows for Reservists to be listed among the deceased war heroes and those killed in terrorist attacks while serving in uniform.

Caraveo story embodied the American spirit. He was born in Juarez, Mexico in 1957. His family immigrated to El Paso, Texas when he was a teenager. Eduardo became the first member of his family to graduate college, earning a Bachelor’s degree in Science in 1979 and a Masters in Education in 1980.

"He believed in education and that hard work always pays off. He believed that everyone has the ability to break through boundaries," said Supervisor Vega. "He was a boundary breaker himself."

Caraveo is also survived by his two sons, Eduardo and Jose Caraveo, and his two daughters, Tiffany and Megan Rivera.

Rivera, who came from Arizona, met family and friends at the Freedom Park. She said it was great to reunite with so many people who had such a love for Eduardo. She said when you live so many places, “Your friends are your extended family.” For everyone to show, “it means a lot.”

She appreciated the supervisors holding this ceremony and adding him to the War Memorial. She attended many ceremonies shortly after he died, but now it’s been 11-years.“It’s nice that people don’t forget…for everyone who gave their lives for this country,” Rivera said.

John Paul said it is difficult because he was just two years old when his father died and does not remember much of him. Rivera said it’s her job to teach him about his father.

Rivera said her husband accomplished so much in his short time because of the kind of person he was. “He didn’t stop. He would ‘go, go, go.”

Give Back Prince William Partners to Bring Poetry, Workshops to Classrooms