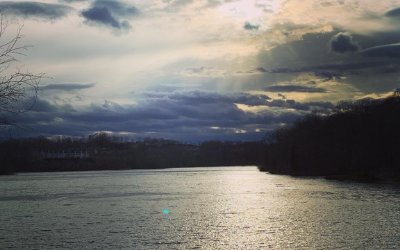 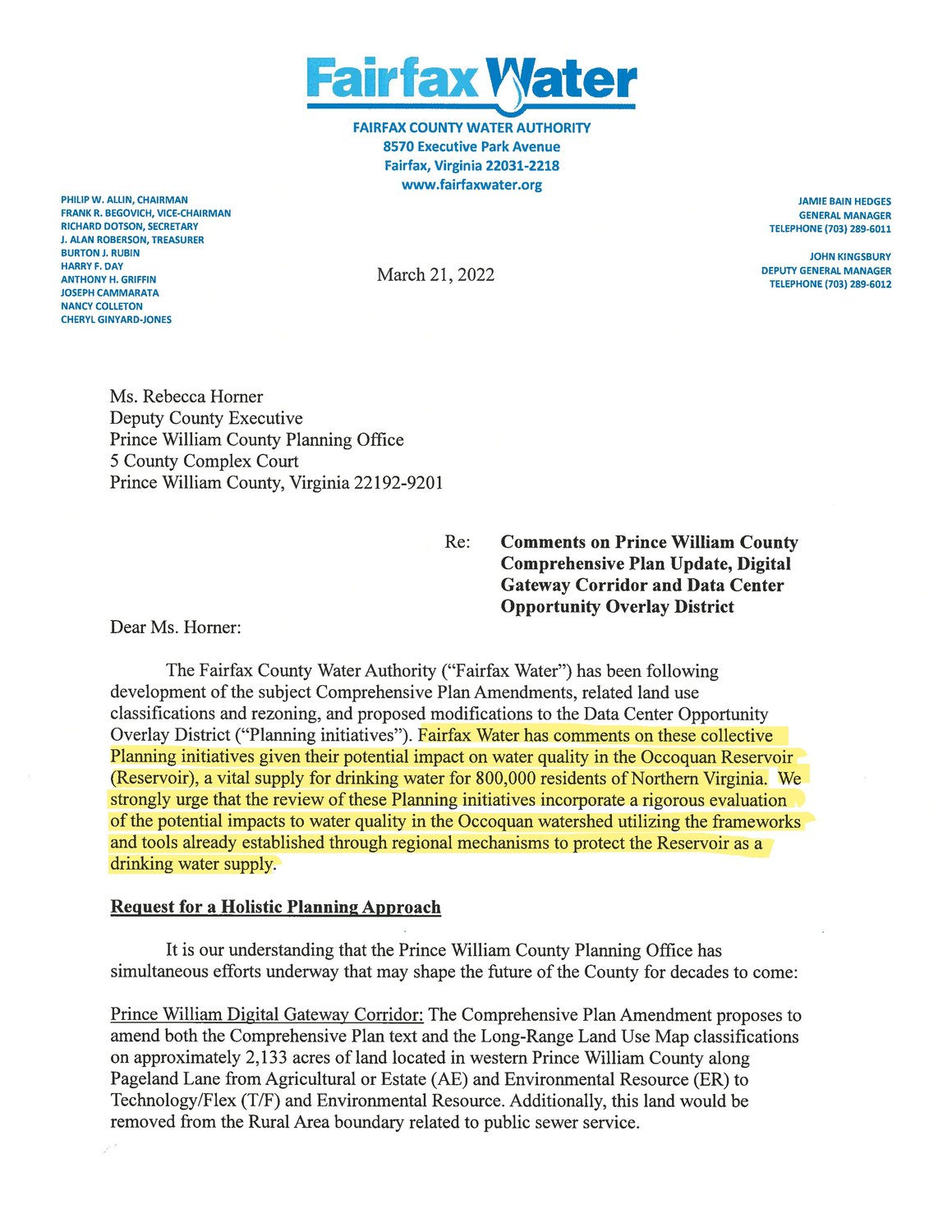 The Fairfax Water Authority expressed concern that proposed changes to Prince William County's land-use plan, which introduces more industrial land use, could be detrimental to the Occoquan Water Shed and thereby to the region's drinking water.

The letter from Fairfax Water Authority to the Prince William Deputy County Executive, dated March 21, recommends the county does not proceed with its plans for redesignation of land use without first requesting a comprehensive study from the Occoquan Basin Policy Board; after which they should analyze its findings.

Prince William County is proposing some long-term land-use changes. These include:

Most concerning for residents and activists is the introduction of data centers on land along Pageland Lane and in other rural areas.  Their concern for the Occoquan is that the water will no longer be absorbed into the soil and filtered through underground streams. This could lead to polluted runoff.

Individuals and environmental groups, such as the Prince William Conservation Alliance, have called for a water study. Thus far, the county has not agreed to a study as a prerequisite for proceeding with the redesignation.

James Bain Hedges, President of Fairfax Water, said its leadership decided to formally comment due to the “potential impact on water quality in the Occoquan Reservoir, a vital supply for drinking water for 800,000 residents of Northern Virginia.”

According to Fairfax Water, the Occoquan Watershed provides drinking water to Prince William County, Fauquier County, Fairfax County, Loudoun County, the City of Manassas, and the City of Manassas Park. The Occoquan WaterShed is the primary source of drinking water for Eastern Prince William County, City of Alexandria, Ft. Belvoir, and portions of Fairfax County.

Fairfax Water said they, “strongly urge” a “rigorous evaluation of the potential impacts to water quality in the Occoquan watershed.” It recommends the county utilize “already established” tools and mechanisms to protect the Reservoir and its drinking water supply. These should include computer simulation models and the expertise of the Occoquan Watershed Monitoring Laboratory. The letter explains that a water study is easily accessible and a benefit to all parties.

The Occoquan Basin Policy Board, formed in 1978, commissioned the Occoquan Basin Nonpoint Pollution Program in the early 1980s with the stated purpose of maintenance of acceptable levels of water quality in the Occoquan. A computer model simulation has been key to maintaining the quality of the watershed over decades.

Fairfax Water urges that the Prince William County leadership request that the Occoquan Basin Policy Board convene and oversee a Comprehensive Study of the proposed Planning initiatives to discover how they would impact water quality in the Occoquan Reservoir.

“The Models already developed are available to the NVRC member jurisdiction, is a valuable tool for that should be leveraged for these planning efforts, along with the expertise and the data resources of the Occoquan Watershed Monitoring Laboratory.”

They strongly urge it is the responsible next step, “given the historic investments and achievements already made by the watershed communities over the preceding five-decade.”

The letter is attached above article.