Three siblings and another teen suffer from life-threatening injuries 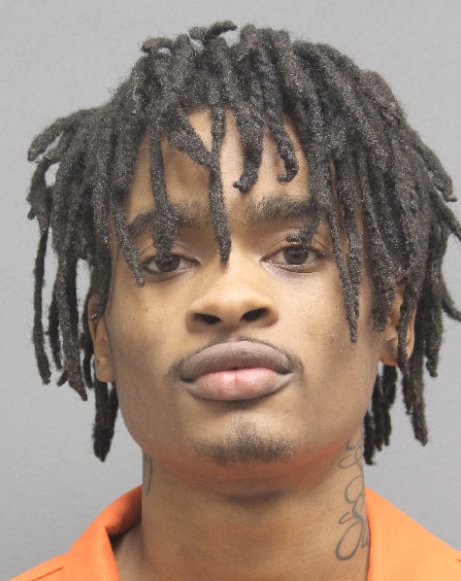 UPDATE: Murder Investigation | Quintuple Shooting ARREST – Prince William County detectives have charged a 20-year-old Washington D.C. man in connection to a quintuple shooting that was reported to have occurred at a home located in the 17900 block of Milroy Drive in Dumfries, during the morning hours of Jan. 4.

A three-year-old girl died from gunshot wounds and four other victims, all teenagers, suffer life-threatening injuries.

At approximately 10:51 a.m., officers were dispatched to the residence after someone called the Public Safety Communications Center reporting they had been shot. The center also received multiple calls regarding a shooting in the area.

A Town of Dumfries police officer arrived first on the scene and located one of the victims outside in front of the home. Additional officers from Prince William County arrived and conducted a check inside the residence after receiving information about possibly more victims.

Once inside the home, officers located four additional victims in the basement area of the residence and provided immediate first aid until fire & rescue services were cleared to safely enter the home.

A 3-year-old girl was pronounced dead at the scene. The four other victims, ranging from 14 to 17 years of age, were transported to area hospitals with serious, life-threatening injuries.

During the investigation, officers quickly developed a person of interest, identified as Kenyatta Lee Oglesby, and began an active search for his whereabouts.

An officer on the perimeter at a nearby business along Richmond Highway observed an individual matching the suspect’s description and detained him without incident.

The individual was ultimately identified as the accused and became uncooperative with investigators as to what led up to the shooting.

Two firearms were recovered during the investigation. Ballistics testing will be conducted to confirm if the firearms were used in the incident.

Preliminarily, the investigation has revealed the accused had been recently staying at the home on Milroy Drive and was in a relationship with one of the victims, a 17-year-old girl.

During an altercation at the residence, the accused is alleged to have shot the 17-year-old in front of the residence. Police located four more victims inside the home.

A 14-year-old male juvenile was in another area of the home and was uninjured during the encounter.

Four of the victims, including the deceased, are sisters who live at the residence. The fifth victim is a 17-year-old male related to them. All victims were part of an extended family, as well as the 14-year-old boy who was unharmed.

Following the investigation, the accused, identified as Kenyatta Lee Oglesby, was arrested.

Investigators are asking anyone who may have information to aid in this investigation, including video surveillance footage, to contact police. Virginia law prohibits law enforcement from disclosing the deceased identity due to their age. Additional information will be released when available. The investigation continues.

Police arrested Kenyatta Lee Oglesby, 20, of 2203 Chaplain Street SW, Washington D.C., Jan. 2. He was charged with 1 count of murder, 4 counts of aggravated malicious wounding, and 5 counts of using a firearm in commission of a felony.

A fundraiser has been organized to support the family.  According to the GoFundMe page, the mother passed away in September of 2022, leaving eight children. The injured 17-year-old is her brother.

Shooting Investigation –  Prince William Police officers responded to a residence located in the 17900 block of Milroy Drive in Dumfries to investigate a shooting, Jan. 4 at 10:51 a.m.

When officers arrived, they located five victims suffering from gunshot wounds or other injuries. One of the victims was pronounced dead at the scene. The remaining four victims were transported to area hospitals with serious injuries.

The ages and further information on the victims have not been confirmed at this time and will be released when available. A person of interest has been detained and is in police custody.

At this time, the incident appears isolated to the residence, and there is no ongoing threat to the community. Additional information will be released when available. The investigation continues.

A fundraiser has been organized to support the family.