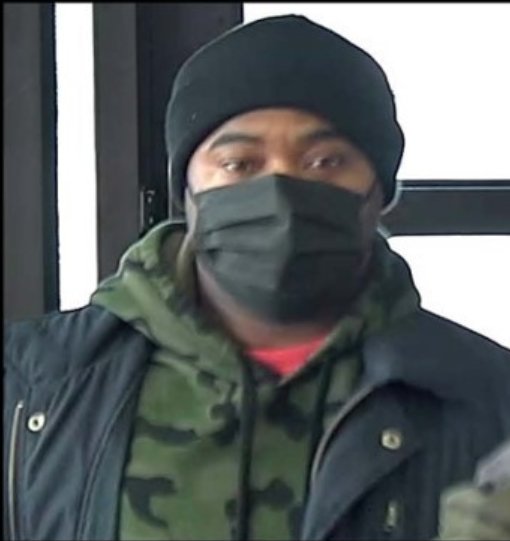 A surveillance camera captures an image of a man robbing the Manassas Bank of America.
Courtesy of Prince William Police 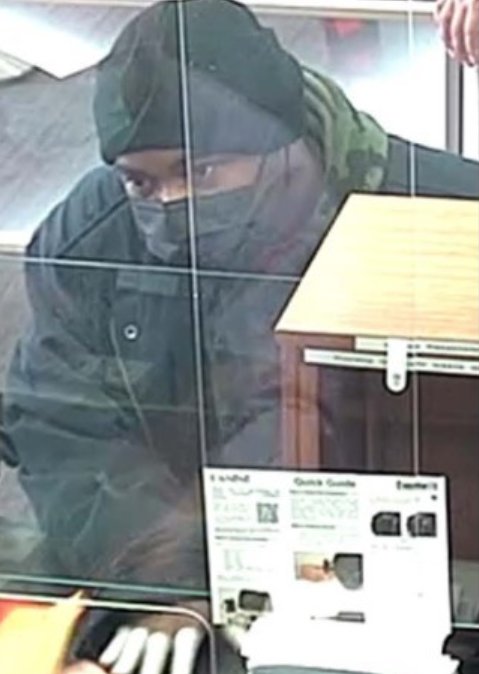 Prince William Police Officers responded to the Bank of America located at 8501 Sudley Road in Manassas to investigate a robbery, Nov. 19 at 9:19 a.m.

The investigation revealed an unknown man entered the bank and approached a teller where he passed a note demanding money and implying he was armed with a firearm.

The suspect took an undisclosed amount of money and fled the bank. Officers and a police K-9 searched the area for the suspect who was not located. No injuries were reported.

At no time during the encounter was a firearm displayed. The investigation continues.

Last seen wearing a black hat, red shirt, camouflage hooded sweatshirt underneath a blue jacket, and grey or olive-green pants. The suspect was wearing white covers over all 10 fingers.

A slew of robberies in the area

Police are investigating an armed robbery that occurred at the 7-Eleven on Centreville Road, on Nov. 19 shortly before 1 a.m. The suspect is a male and his race is indeterminate.

Police are also investigating an armed robbery at the Denny's on Sudley Road in Manassas that took place around 1 a.m. on Nov. 19. Police suspect two men of unknown race.

Lastly, Police are investigating an armed robbery at the Home Depot on Stream Lane in Manassas on Nov. 17, with police arriving at 1:45 a.m.  Police believe Cedric Murrel Milton, 46, of Bealeton, to be the suspect in that case. He is currently at large.

Officer Renee Carr said police do not believe the incidences are connected at this time, although they are still actively investigating