including plans for PW Digital Gateway in Gainesville 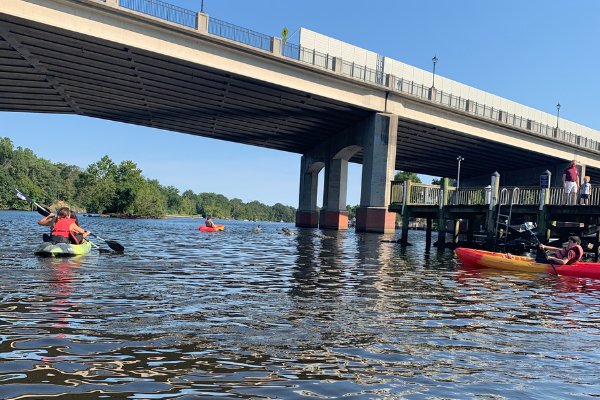 A resolution calling for a study of the potential effects of three major planning initiatives on the Occoquan reservoir will be presented at the August 2 Prince William Board of County Supervisors meeting.

Should it be ordered, the water study would address initiatives proposed by the Comprehensive Plan vision for 2040 such as the proposed changes to the Data Center Opportunity Zone Overlay District and the Proposed Prince William Digital Gateway in the Catharpin area of the Gainesville District.

The Northern Virginia Regional Commission would conduct the simulations, and the results would be presented to the board prior to its considering approving those land use designation changes.

Members of the Coalition to Protect Prince William County have been calling for a water study, believing that replacing unpaved open spaces with impervious surfaces would cause runoff that could negatively affect water quality in the Occoquan Reservoir.

The National Parks Conservation Association released an analysis on May 17 that was performed by CEA Engineers to examine the potential negative impacts of the county's rezoning proposals. It looked into the effect on Quantico Creek, Bull Run, and the Occoquan Reservoir.

According to the CEA analysis, impervious surfaces would be problematic, resulting in 280 million gallons of additional stormwater runoff and flash flooding.

"New analysis from water quality experts at CEA Engineers reveals that if these two developments are built as planned, could result in more than 57,000 tons of sediment dumped into the Occoquan Reservoir – an important drinking water supply for more than 800,000 people who live and work in Northern Virginia. Another 1,350 tons would flow into Quantico Creek," said the press release.

Fairfax Water Authority urged Prince William County to request that the Northern Virginia Regional Commission conduct a water study. Its experts believe that runoff from the new sites would negatively affect drinking water from the Occoquan Reservoir.  Fairfax Water has interested in the project since it would affect water quality in its county.

That is because the Occoquan Watershed provides drinking water to the parts of the counties of Prince William, Fauquier, Fairfax, and Loudoun as well as the cities of  Manassas and Manassas Park. It is the primary source of drinking water for Eastern Prince William County, the City of Alexandria, Ft. Belvoir, and certain portions of Fairfax County.

Fairfax Water emphasized that models are easily accessible to jurisdictions if only the supervisors choose to utilize them.

“The Models already developed are available to the NVRC member jurisdiction, is a valuable tool for that should be leveraged for these planning efforts, along with the expertise and the data resources of the Occoquan Watershed Monitoring Laboratory," said the letter from Fairfax Water.

More information on the Occoquan Reservoir and Water Shed from the Prince William Conservation Alliance.