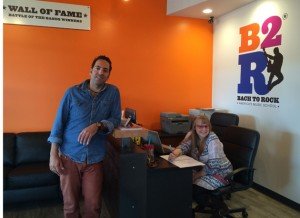 The Bristow location of Bach2Rock, the music school with an ear towards performance, opened its doors Oct. 13.

The school is currently registering students for classes.

“Today is the first day, and we already have 15 students on the schedule,” said Samir Moussa, Bach2Rock’s on site director, Tuesday.

Bach2Rock instructs students of all ages in lessons that are developmentally appropriate and can take them from learning their Do-Re-Mi’s to achieving their personal goals whether that be performing or producing a recording. 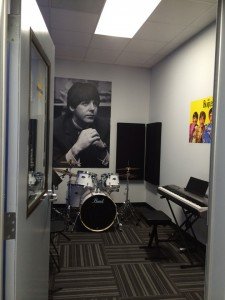 The school features rooms named for famous bands and music artists. Shown her is the 'Beatles' room.

Moussa is most passionate aboutBach2Rock’s greatest successes: the students. He previously taught at Bach2Rock’s Bethesda location where he witnessed students go from learning the basics to performing in live shows.

“I appreciate the opportunity that this school provides,” he said.

Not so long ago, when a kid was interested in playing popular music, it was considered an act of rebellion to pick up an instrument and jam in the garage. Today, those who desire to play rock and roll can get guidance from musicians who want to see their students rock out in concert.

Bach2Rock’s early childhood programs start with children as young as 6-months-old, but students really begin to play in their Kids N Keys class, which is part keyboard lessons, part Music 101.

“Piano is the best instrument for understanding music theory," Moussa explained. After learning the fundamentals on the piano, Moussa said people can more easily learn to play any instrument.

Bach2Rock offers individualized lessons in almost every instrument and group lesson when available. Once students mastered the basics of their chosen instrument, they can form bands to practice under the guidance of Bach2Rock instructors. Band classes are available for tweens, teens and even adults.

Bands begin by learning cover songs, but many will progress to writing their own music.

“The gem of the experience is to encourage them to create their own material,” Moussa said. 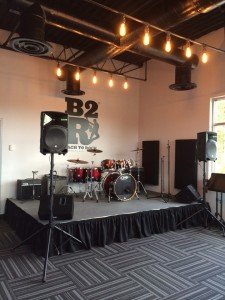 Students who become proficient are then encouraged to perform live. Bach2Rock students routinely take part in the D.C.’s teen Battle of the Bands, performing at the 930 Club and other well-known performance venues.

Bach2Rock also has a recording studio where private-lesson students produce CDs. Students can also learn production or working on “the other side of the glass, as we say," said Moussa.

The recording studio gets put to good use during birthday parties, of which Bach2Rock offers several packages.

At rock band themed parties, attendees learn simple songs and produce a CD that everyone takes home. Parties include traditional elements, such as cake and games, plus special touches that Bach2Rock provides. Bach2Rock can even hosts recording parties for adults dubbed, “Bach on the Rocks.” Bach2Rock also plans to host summer camps, winter camps and day camps. 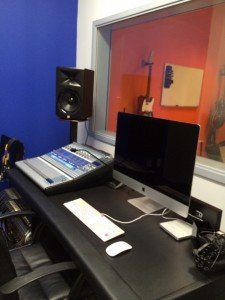 In-house studio space allows musicians to record their work and students to learn the art of producing.

Moussa said he is excited about the new school opening. If the first day is any indication, he expects it will do well.

Readers are invited to stop by, call 703-373-7260 or visit their website bristowb2r.music.com for more information about Bach2Rock.

What Do You NEED to Get Happy?

Flushing It Out: Breaking Up with Yourself

Want More Happiness? Do the Work.