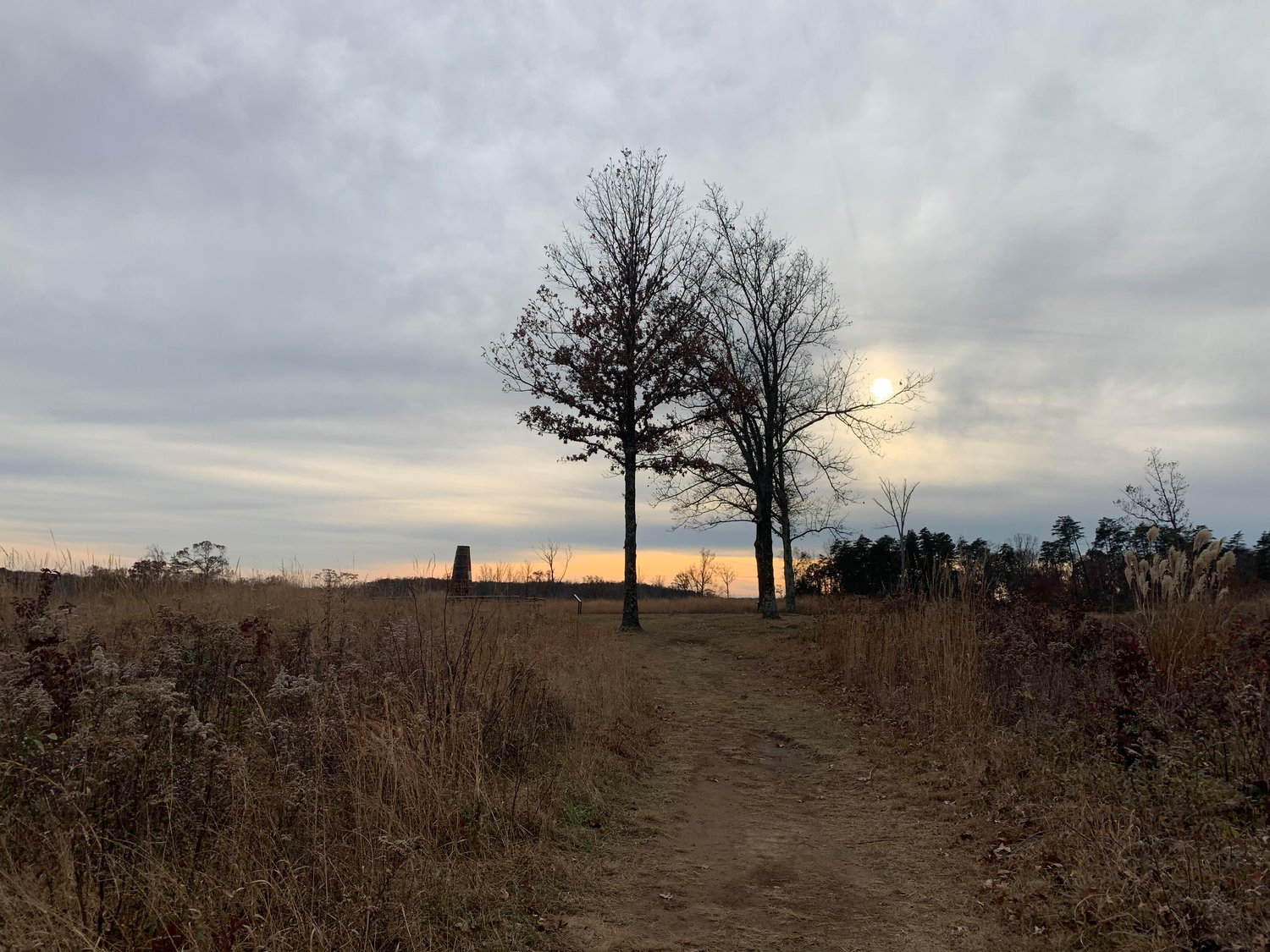 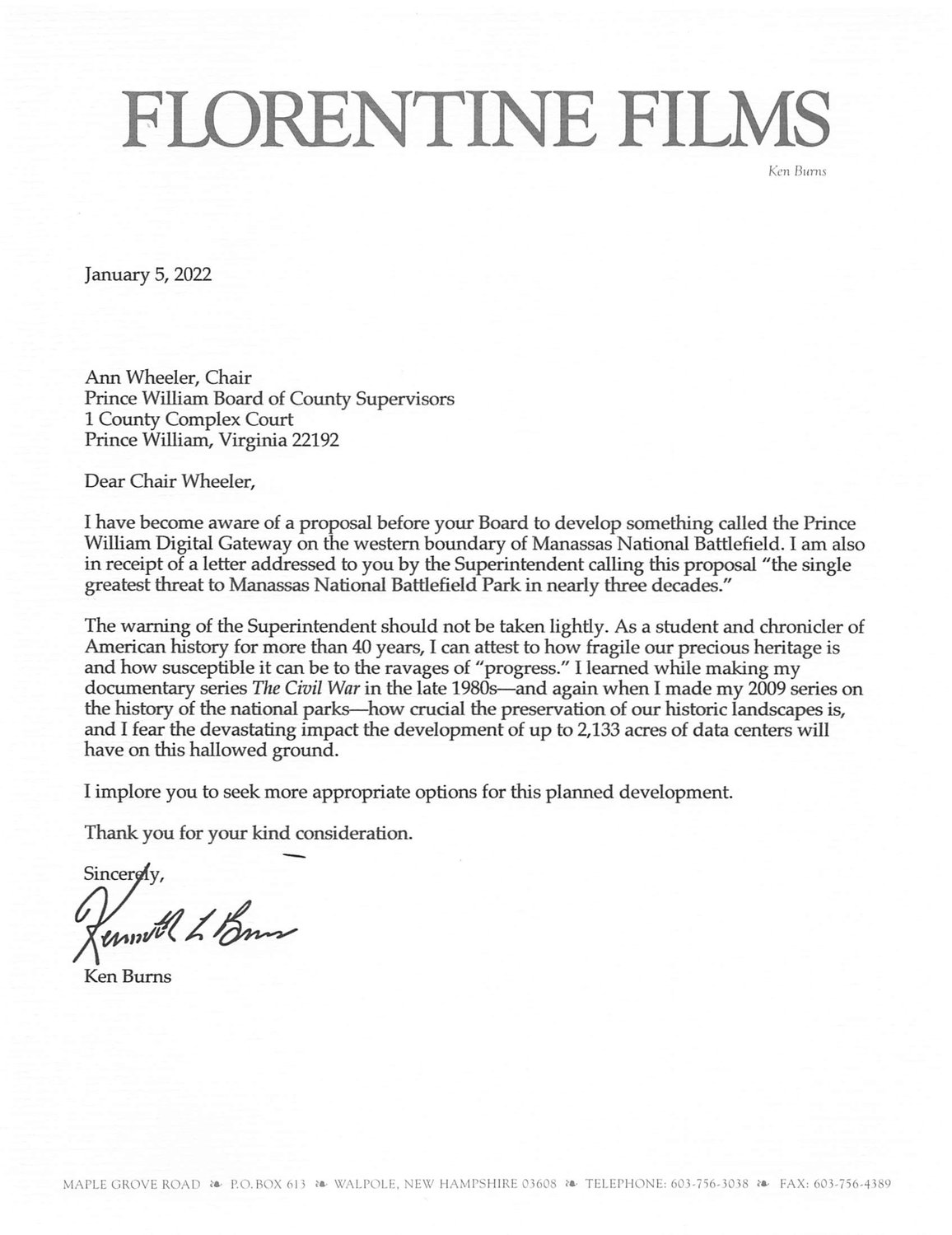 Ken Burns, the renowned documentarian who created The Civil War series, wrote a letter to Prince William County's Board of Supervisors, Jan. 5, encouraging supervisors to protect the landscape around the Manassas National Battlefield.

Addressing the letter to Chair Ann Wheeler, Burns pleads for the supervisors to reject a plan that would bring more than 2,000 acres for data centers near, "this hallowed ground."

The proposal for the Prince William Digital Gateway would rezone land on Pageland Lane and near the Battlefield as industrial. The new designation would allow the BiCounty Parkway, a major road of state-wide interest to connect Loudoun and Prince William counties in Northern Virginia.

The new land use designation would allow for multiple data centers and other industrial uses in what is currently zoned Agricultural and Low-Density Residential at 1-home per every 10 acres.

"As a student and chronicler of American history for more than 40 years, I can attest to how fragile our precious heritage is and how susceptible it can be to the ravages of 'progress,'" wrote Burns.

"I learned while making my documentary series The Civil War in the late 1980s-- and again when I made my 2009 series on the history of the national parks- how crucial the preservation of up to 2,133 acres of data centers will have on this hallowed ground."

The letter is being shared by conservation groups in and around Prince William County that are advocating against the Prince William Digital Gateway.

Members of conservation groups are concerned about preserving the land around the Battlefield in order to preserve its heritgage, history, viewscape,  natural beauty, ecological systems, the recreation it affords residents and visitors. They argue that in protecting the Battlefield and other county parks, they are protecting the local tourism industry and tax revenue it provides. Many residents prefer to live in or near a rural landscape than and industrial one.

Some residents are also concerned about the effect that new industrial builds and roads would have on ground water and the Occoquan reservoir.

Those in favor of the proposal note that data centers, unlike residential neighborhoods, do not require many services, nor do they bring in much traffic. Data centers provide some additional tax revenue that would help ease the residential tax burden, which makes it one of the county's targeted industries.

The Planning Office will be hosting an in-person community meeting on the Data Center Opportunity Zone Overlay District Comprehensive Review at 7:00 pm on Thursday, January 20, 2022, at the Beacon Hall Conference Center on the George Mason University SciTech Campus in Manassas.

Letter located above in image slider.

The Coalition to Protect Prince William County, mentioned the Burn's Letter in its latest news letter, emailed on Jan. 19.