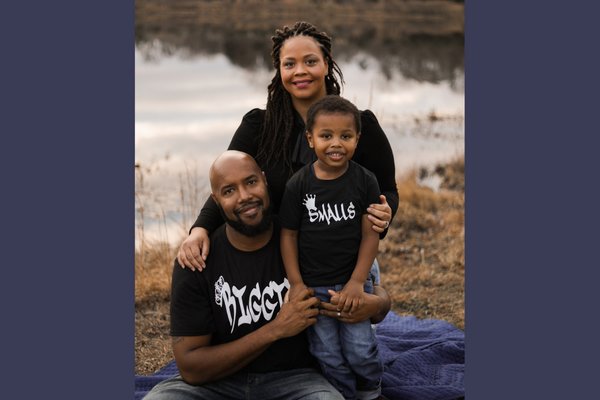 Kerensa Green Sumer is a defender of Prince William County's rural areas and a Democrat. Last week she announced her candidacy to be the next Gainesville District Supervisor.

“Trying to change the rural crescent into data centers is what pushed me to run,” said Sumers, explaining the data centers should not be placed in rural areas or near schools and parks. “I think we already have some industrial space”

Sumer values rural areas; she is originally from Hume, Virginia, a village in Fauquier County she describes as having “more cows than people.” She witnessed changes in that area, many of which were forced upon its residents.

“I see what happens when corporations encroach. What happened to my neighbors when they’ve been pushed off their land,” she said.

She thinks supervisors need to be more careful and deliberate about where they place data centers and industrial areas.

“We have a responsibility to take care of our environment. We can’t build more land,” she said. She has seen industry pollute the water in Lake Front Royal. It stayed polluted for 40 years. “We don’t ever want to get into that situation.”

She hopes to bring attractive affordable housing to the Gainesville District, and would rather utilize unused land for homes than more data centers.

"It is very expensive to live in most places here," and besides, people do not want data centers in residential areas. Her message to the board of supervisors is to “start listening to the citizens."

Sumer lives in the Sudley area of Manassas, which she feels is an overlooked area of the Gainesville District.

“We all do feel unrepresented,” she said. “Basically, a lot of things are focused on the north side rather than the part south of I-66.”

Sumer is a support coordinator for mental health services and intellectual disabilities. She has worked for Prince William and is currently employed with Loudoun County. This has given her insight into the inner workings of local government.

It has informed her of unaddressed needs and underserved populations. Primarily, she thinks the county should improve its mental health services and housing of the unhoused. She believes the government does a better job serving the community because it is not profit-driven, it is people-driven.

But she is pro-business. She would just rather invest in  Prince William entrepreneurs, the people who live here and work here and care about their communities. She also wants to be selective about the businesses the county attracts. She is interested in working with companies that employ green, clean energy and are community-focused, and responsive.

I'm Kerensa Green Sumers and I'm originally from Hume, Virginia, a rural farming community in Northern Fauquier County. My family has lived in Virginia since the mid-1700s on my mother's side, and since 1802 on my father's side. I graduated from the University of Mary Washington with a B.A. in Philosophy in 2006 and received my Master's in Public Policy and Public Administration from Liberty University in 2021.

I currently work as a Support Coordinator for the MHSADS department for Loudoun County Government. I previously worked as a Support Coordinator for Prince William County Government from 2014-2022.
Kerensa Sumer-D joins candidates Alyson Satterwhite-R and Bob Weir-R in running in a special election for Gainesville District Supervisor after Pete Candland-R resigned last week.
Anyone else interested in announcing their candidacy can email stacyshaw@bristowbeat.com.