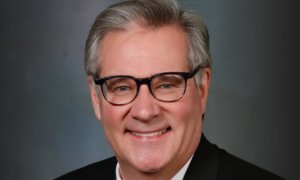 MANASSAS, Va. (Oct. 2, 2020) – A Prince William Circuit judge today dismissed a lawsuit filed by former School Board Chairman, Ryan Sawyers, against the Prince William School Board that sought the disclosure of more than 20,000 direct messages sent to and from Dr. Steven Walts, the Division Superintendent, on his official PWCS Twitter account.

Following a hearing and her review of the direct messages, Circuit Judge Kimberly A. Irving held that the messages were “clearly exempted” from mandatory disclosure under Virginia’s Freedom of Information Act because they were communications of the chief executive officer of the School Board.

Dr. Walts often communicated with students, parents, staff members, and other community members using direct messages to address their concerns and respond to questions, the judge found. She compared those direct messages to traditional, written letters considered protected correspondence under the Act. Additionally, the judge ruled that messages written by Walts’ communications assistant at his direction are also exempt from disclosure under Virginia law.

Judge Irving ruled in favor of the School Board on all issues raised by Sawyers in his lawsuit, which also sought payment of Sawyers’ attorneys’ fees.

School Board Chairman, Dr. Babur Lateef, said the Board appreciates the judge’s well-reasoned decision and the resolution of this matter, which diverted resources away from the School Board’s focus on reopening schools and restoring educational services to students during this unprecedented pandemic.