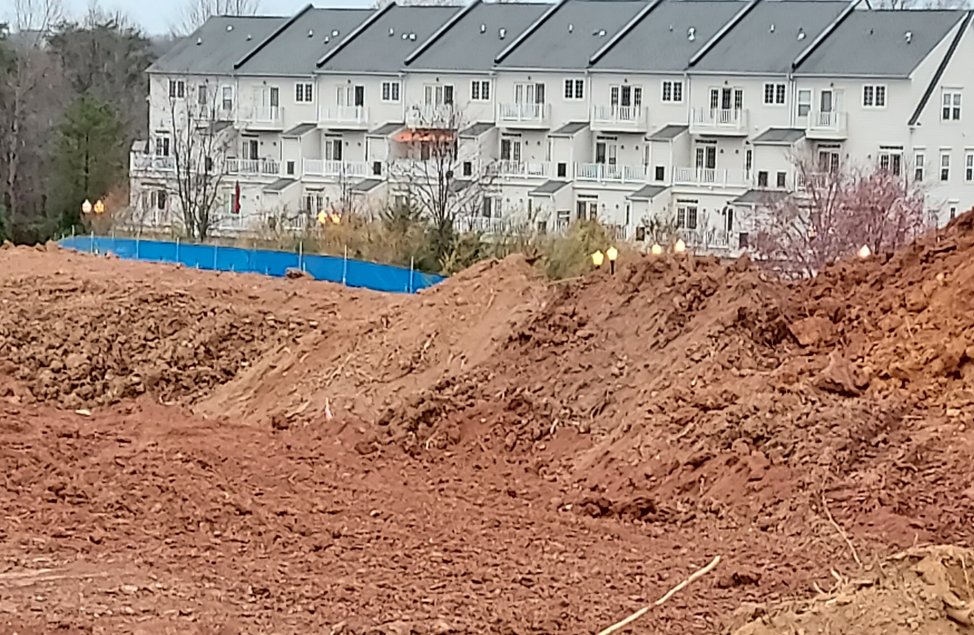 Virginia Senator Chap Petersen-D of Fairfax sent Joint Resolution No. 240 to the Committee on Rules, today, requesting Virginia departments to study the impacts of data centers on Virginia’s energy usage, environment, economy, energy resources and ability to meet its carbon-reduction goals. This comes at a time when a portion of the citizens has lost their appetite for building new data centers. Virginia has offered the data center industry tax incentives for over a decade but that could change depending on what legislators see in the data.

Virginia has the largest concentration of data centers in the world and is in the process of expanding that footprint. Petersen wants his colleagues in Richmond to rethink those incentives after reviewing the data on what data centers are providing to the state and how they may be a detriment.

The resolution notes data centers represent the largest category of commercial energy use in Virginia. In 2019 it accounted for 12 percent of the total energy provided by Dominion Energy with costs passed on to the ratepayers. An increased need for electrical energy means building more power transmission lines. Additionally, it makes it more challenging for Virginia to meet its CO2 emission goal.

Virginia has provided significant tax incentives for data centers for over a decade but has yet to see a return on that investment. The Commonwealth received 72 cents on the dollar, costing Virginia $138 million in 2020 and a total of $830 million from 2010 to 2020.

Economically, Petersen questions whether the incentive makes sense. Data centers bring few jobs to a region and the industry has only benefited Northern Virginia. But Northern Virginians have become increasingly unhappy with the proliferation of data centers and the representatives who embrace them.

“Northern Virginia localities have seen an increase in conflicts over the siting of new data centers and associated transmission lines, including concerns about impacts to air and water quality, wildlife, noise, loss of farmland, and negative impacts on parks and Civil War battlefields,” Petersen wrote in the resolution.

Loudoun County has been the primary benefactor of the data center industry, receiving billions in tax revenue, which has greatly helped in reducing the tax burden on its residents. Supervisors of that county expect to receive $576 million in 2023. Prince William's representatives wanted to see the same financial benefit and proposed building data centers near its high-power transmission lines as an extension of the Loudoun network.

However, Prince William citizens are not in agreement over the data center issue. It might enrich the county while hurting neighbors and the environment.

The controversy began when the Prince William County Board of Supervisors started to approve data centers outside the designated overlay district. Data centers began to encroach upon residential communities, schools, parks and open spaces. One Datacenter under construction in Bristow is situated just 100 feet from residents’ backyards. In Gainesville, the data center at Village Place backs up to residents’ parking spaces. Those projects were approved during Covid and now groups of residents say they do not want them.

Residents also worry about the effect on the environment. This fall, the board added the 2,100-plus acre Prince William Digital Gateway campus to its comprehensive plan over opposition from over 100 conservation, environmental and historical groups.

Gainesville residents did not have their representative during the votes on the issue as he was one of the people selling his land to the data center developers.

In Prince William County, activists celebrated the new resolution, believing it is in line with the direction they want their representatives to take.

Out of the controversy have emerged new candidates running on platforms opposing data center expansion outside designated districts. Gainesville District candidates Kerensa Sumer-D and Bob Weir-R both oppose data centers outside the overlay district, in rural areas, and near homes.

Democrat Deshundra Jefferson announced a primary run against Chair Ann Wheeler-D. She opposes the digital gateway. Wheeler announced she will be running again. No Republican has yet announced a run for the 2023 November election.

Referred to Committee on Rules

WHEREAS, the data center industry provides essential services for information technology worldwide, with growth projected to accelerate globally at a rate of over 20 percent, and with 35 percent of growth coming from North America; and

WHEREAS, Northern Virginia has the largest concentration of data centers in the world, with an estimated total of 1,686 megawatts in 2021 and 200 megawatts more in development; and

WHEREAS, data centers are Virginia's largest category of commercial energy users, representing 12 percent of Dominion Energy Virginia's load in 2019 as well as a significant portion of Northern Virginia Electric Cooperative's total load, such that Virginia's overall load growth continues to increase even as energy efficiency has reduced demand from other sectors, requiring new electricity generation and transmission lines paid for by Virginia ratepayers and impacting Virginia's ability to reduce its overall CO2 emissions; and

WHEREAS, many data center operators have established sustainability goals including the use of renewable energy, which if realized would require far more renewable energy than is currently planned for development in Virginia; and

WHEREAS, Virginia's data center sales and use tax exemption is by far the Commonwealth's largest economic development incentive, costing Virginia $138 million in 2020 and with a cumulative total estimated at over $830 million from 2010 to 2020, while a 2019 report of the Joint Legislative Audit and Review Commission found that Virginia received back only 72 cents for every dollar of tax incentive, while data centers create few jobs and provide economic benefits primarily to the local governments where they are sited; and

WHEREAS, Northern Virginia localities have seen an increase in conflicts over the siting of new data centers and associated transmission lines, including concerns about impacts to air and water quality, wildlife, noise, loss of farmland, and negative impacts on parks and Civil War battlefields; and

WHEREAS, localities elsewhere in Virginia are actively seeking to host data centers, but some have been unable to attract them; and

WHEREAS, some data centers host cryptocurrency mining operations that consume vast amounts of electricity while returning no value to the public; and

WHEREAS, the concentrated siting of data centers in proximity to drinking water resources and drainage areas and near large population centers impacts water availability, quality, and costs; and

WHEREAS, total long-term costs to Virginia ratepayers and taxpayers are not fully known, including costs of transmission lines, water and sewer expansion and hookups, road construction, increases in carbon emissions, and long-term rate and tax burdens that might include higher utility bills and state taxes required to fund climate mitigation; now, therefore, be it

RESOLVED by the Senate, the House of Delegates concurring, That the Department of Energy be requested to study the impacts of data center development on Virginia's environment, economy, energy resources, and ability to meet carbon-reduction goals.

In conducting its study, the Department of Energy shall evaluate

The Department of Energy shall complete its meetings by November 30, 2023, and shall submit to the Governor and the General Assembly an executive summary and a report of its findings and recommendations for publication as a House or Senate document. The executive summary and report shall be submitted as provided in the procedures of the Division of Legislative Automated Systems for the processing of legislative documents and reports no later than December 31, 2023, and shall be posted on the General Assembly's website.