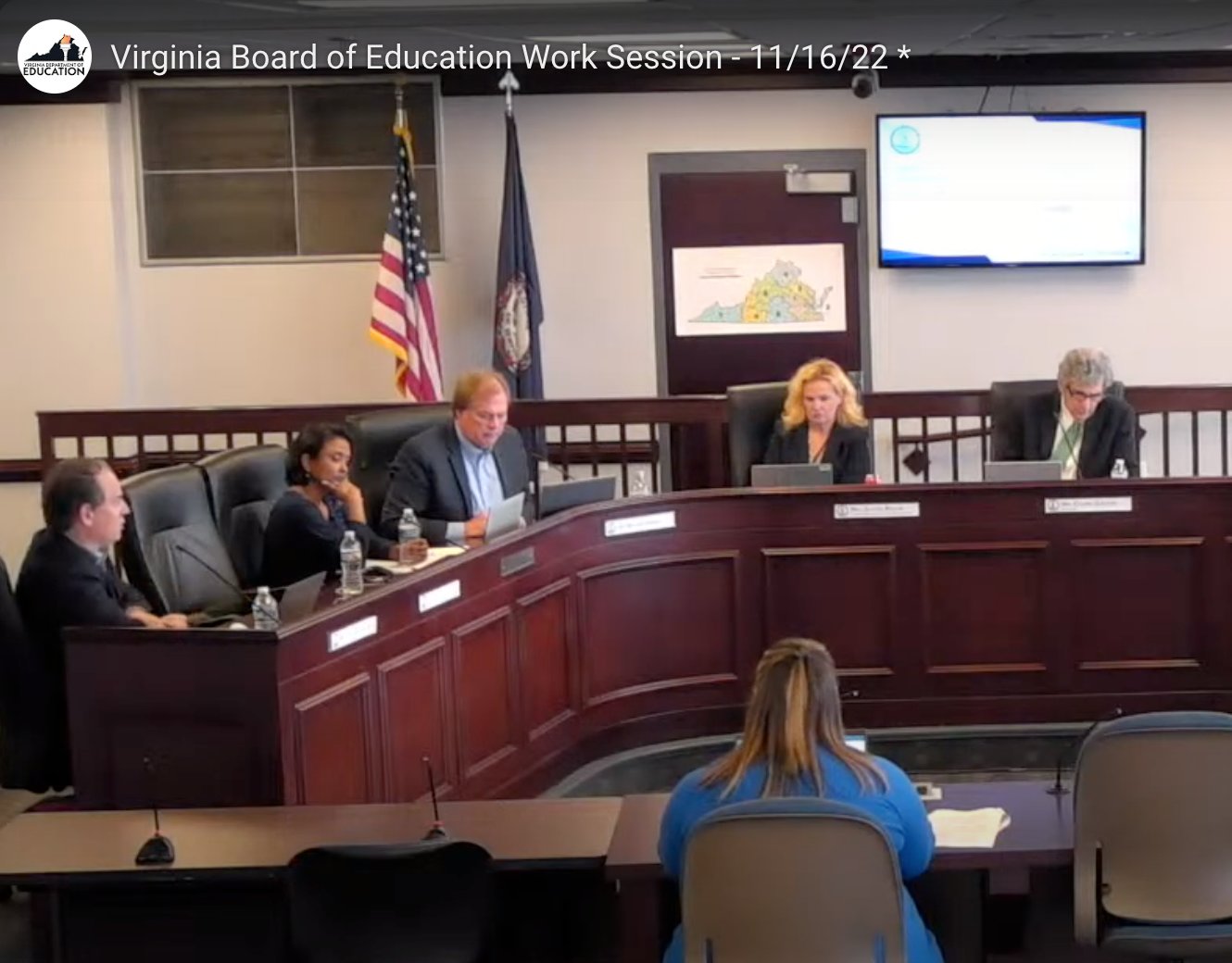 A new revision of Virginia's K-12 History and Social Science standards was widely criticized last week, resulting in the Virginia Department of Education pushing back its approval, via an 8-0 vote, yesterday.

Virginia's Secretary of Education Aimee Guidera said the Virginia Department of Education and School Board will work to correct any errors or omissions. They will also decouple the standards from the curriculum framework, before bringing them back to the VBOE for a vote.  However, they would still utilize the documents revised by Glenn Youngkin's team as the default as they make changes.

Critics levied that the revised curriculum was too Euro-centric and eliminated the complex history and contributions of black Americans, indigenous Americans, and other non-Anglican ethnic groups. For instance, people took issue with describing Native Americans as "America's first immigrants."

Additionally, educators said the curriculum upended the order in which social studies topics were taught in schools, though it was not pedagogically appropriate. For instance, educators said children in grades 1-3 should first learn about their communities before learning about ancient civilizations. Changing the order dramatically might require new textbooks and children to miss or repeat the curriculum as they progress through grades.

While the new standards were prepared in August, Superintendent of Public Instruction Jillian Balow asked that the board delay the vote so that newly appointed members of the VDOE could review the standards, though not make significant changes. But people were skeptical. Gov. Glenn Youngkin's Department appointed these new members seemingly in keeping with his pro-conservative agenda. They had previously helped draft more conservative educational curricula in other states.

The draft Youngkin's VDOE  released Friday was very different from the one created under the Northam administration, and the VBOE were unanimous in sending it back to the drawing board.

RICHMOND — Virginia Secretary of Education Aimee Guidera this afternoon released the following statement regarding the revision of the commonwealth's History and Social Science Standards of Learning:

"Virginians deserve the best History and Social Science standards in the nation. As Governor Youngkin consistently reiterates, our commitment is to provide best-in-class standards guided by his foundational principle to teach all of our history — the good and the bad. A first step in accomplishing that goal required decoupling Virginia’s standards and instructional guidance (called curriculum frameworks), which had been combined and conflated under the Northam administration in an earlier draft. We made that first step to better serve the teachers and parents utilizing these documents and, yesterday, the State Board of Education moved forward our revised draft standards document for further revisions and public comment before accepting the standards for first review at a later meeting. Now, the Board and the Department of Education staff are working to correct any omissions and errors as we continue to seek public input, including through forthcoming public engagement sessions and Board hearings. We are grateful to all of the Virginians and historians who have provided input since January of 2021, and look forward to continued public engagement and input."