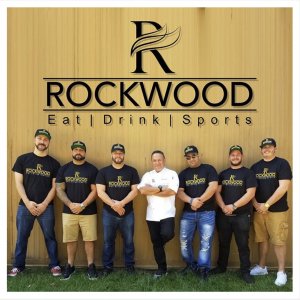 The new restaurant is slated to move into the space previously occupied by Ruby Tuesdays.

A spokesperson for Peterson Companies, the retail developer behind Virginia Gateway in Gainesville, confirmed the news, welcoming Rockwood Sports Bar to join their other choice restaurants, which includes Uncle Julios, B.J.’s Restaurant and Brewhouse, Firebird’s Wood Fired Grill, Out of the Blue and Grafton Street.

Not your average sports bar, the Rockwood seems designed to capture the feel of an outdoor BBQ or party where guests can kick back and relax with friends. However, most backyards cannot match the amenities.

According to Cordero, Rockwood will offer seating for over 400 guests; LED TVs, state of the art technology and sound.

The restaurant will feature two outdoor patios. One with an indoor/outdoor bar, garage doors and fire pits. The second: a lively beer garden where guests can enjoy craft beers and games like cornhole and Big Jenga.

The space will be designed by Interior Designer Yvette Irene who has been featured on HGTV, FOOD NETWORK, and DIY NETWORK.

For updates, Cordero invites readers to check out their website www.rockwoodva.com, and to like their page on Facebook and Instagram. In addition to keeping the community informed, he said he will also be looking to hire a staff.

He thanked his followers for their support of the continued growth of his D.C. area restaurants.

“Thank you everyone for the continuous support for all our establishments without all of you guys we would be nothing! We appreciate it everyday and will continue to work hard to bring you amazing service, great food, and a establishment that is fun for all ages. Get ready to rock with us early 2018 #rockwood  #eatdrinksports  #chefslife  #restuarantlife,” he wrote.

Rockwood Sports Bar is just one many changes coming to Virginia Gateway. Since opening The Promenade it has not only served the local population but has become a regional destination, offering a state-of-the-art movie theatre complex, and destination stores such as Cabela's.