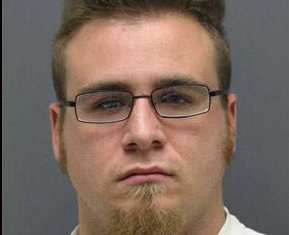 Maurice Thompson Michaely of Haymarket pled guilty to Felony Arson during his June 4 hearing at the Prince William County Circuit Court for his involvement in the Mount Pleasant Baptist Church fire Aug. 10, 2012.

He additionally entered guilty pleas to Unlawfully Entering Property of Another with the Intent to Damage and Maliciously Destroying or Defacing Church Property.

Michaely was arrested Nov. 29, 2012, for his involvement in the fire. According to Kim Hylander, Public Information Specialist for Prince William County Department of Fire and Rescue, secondary charges were added after more information was gained through an investigation.

The fire at the Baptist church caused significant damage to the historic building and put firefighters in jeopardy.

“First-arriving police and fire units encountered heavy fire and smoke conditions. It took approximately one hour for fire and rescue personnel to bring this developing fire under control,” Hylander said.

The church was not occupied at the time, but damage costs are estimated at approximately $1 million.

Fire investigators determined the fire had been set intentionally and began developing leads on the responsible person or persons.

Michaely is currently scheduled for sentencing on Sept. 19, 2013.

Church leaders have indicated they plan to rebuild their church once building plans are completed and approved.