Over her ownership of data-center, tech stock 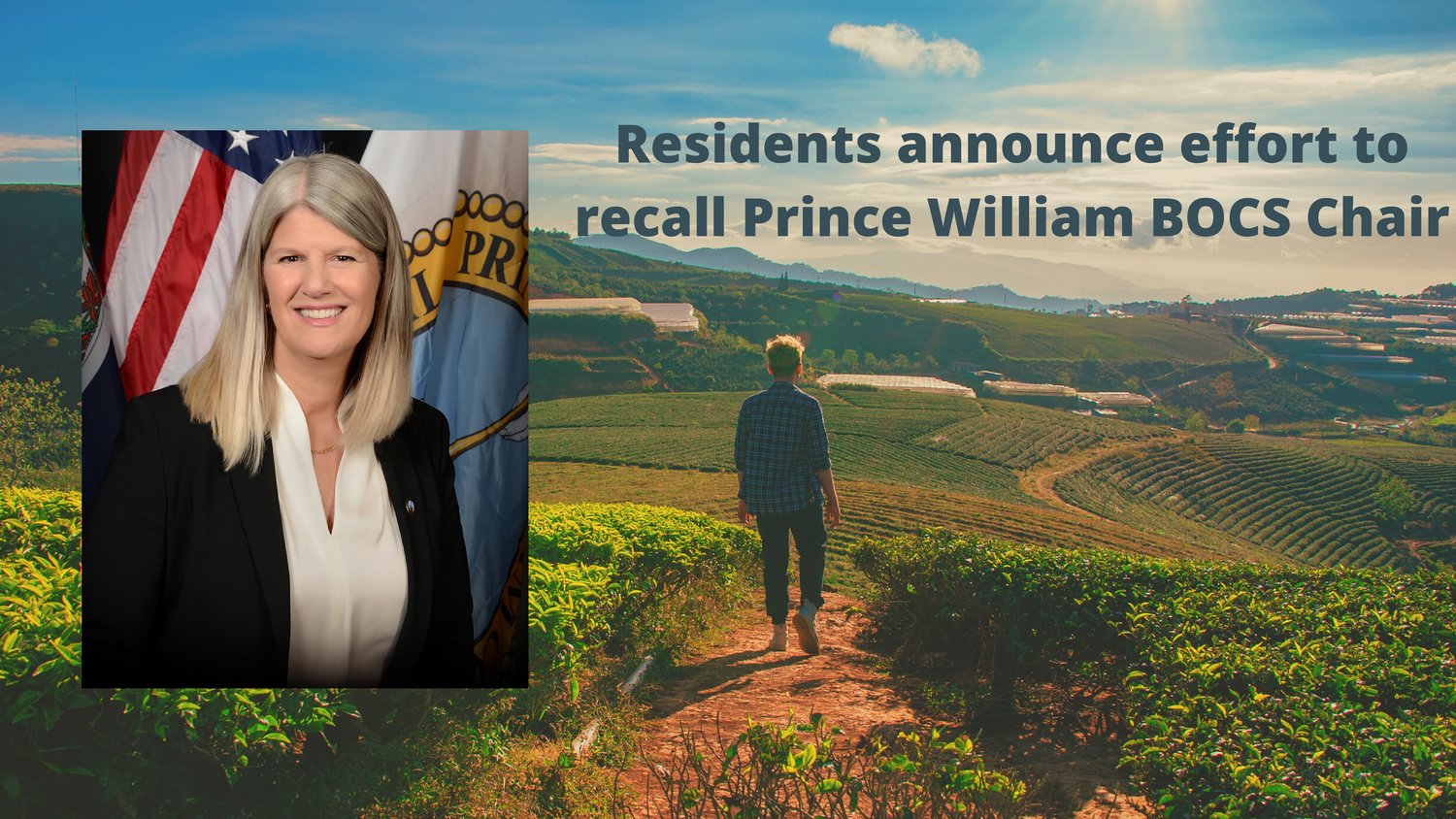 Today we will ask for the resignation of Ann Bettridge Wheeler, and if she does not resign, we will recall her. She has lost the trust of the people. In a time when there is so much division, this recall effort is uniting citizens across party lines. ”
spokesperson for Coalition to Protect Prince William County

Prince William residents to hold a media conference to announce their efforts to Recall Chair Anne Wheeler-D over concerns about Wheeler owning thousands to millions of dollars in stock holdings in tech and data center companies.

Haymarket, Virginia, July 12, 2022 – The Damage is done. Prince William County Supervisors Chair Anne Wheeler's past ownership (of stocks in Blackstone and other data-center tech companies) while taking actions towards the approval of the Prince William Digital Gateway, and expanding the data center overlay district, cannot be undone. And she still holds significant relevant data center investments.

The Blackstone Stock (from which she divested herself) was just the tip of the iceberg for Wheeler. What about Amazon? Microsoft? Plug Power? Others........?

Her disclosures show that she held- or holds- between 200k and $1 million in multiple data center stocks, which she purchased AFTER she was elected. That's two times the median income in our county at its lowest estimate, and we're supposed to believe this level of investment concentration would, “in no way," affect her evaluation of project approvals?

§ 2.2-3103.4 Prohibited Conduct No officer or employee of a state or local governmental or advisory agency shall: Use for his own economic benefit or that of another party confidential information that he has acquired by reason of his public position and which is not available to the public;

This represents a 300 percent increase in her year-over-year holdings at least according to the lowest ranges. It could be much higher, depending on how much stocks/funds were purchased.

At a minimum, Chair Wheeler increased her holdings during her first year in office by $1,275,000.00. While this can be marginally explained had she reinvested savings or gains, the other actions of 2020. However, specifically choosing to invest in data center-specific stocks and technology-focused mutual funds, all the while pushing data center projects throughout the county, lend credence to the fact that Chair Wheeler acted unethically and in violation of code.

In short, we ask, ‘did she use confidential information not available to the public, and learned from her position as Chair, for her own economic benefit?’

We believe so, and it may warrant a federal investigation. Attend the press conference and find out more!

Wheeler and (Pete) Candland (Gainesville Supervisor-R who owns land planned for the digital gateway but has continued to vote on related issues) only react when their hands are caught in the cookie jar, but citizens refuse to accept their cookie jar ethics.

Today, we will ask for the resignation of Ann Bettridge Wheeler, and if she does not resign, we will recall her.

She has lost the trust of the people. In a time when there is so much division, this recall effort is uniting citizens across party lines.

The sentiments in this article are those of the authors exclusively and not those of BristowBeat.com. Bristow Beat edited the article for clarity and syntax.

‘A Good Night for Incumbents’ in Virginia Midterm Elections