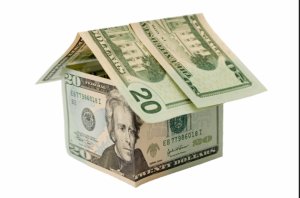 The Prince William Board of County Supervisors heard a presentation about increasing proffers as presented by Christopher Price, Director of County Planning Department, last Tuesday.

County proffers, as dictated by the County’s Policy Guide for Monetary Contributions, has not been officially updated since 2006.

Proffers are monies or other items 'volunteered' by developers to mitigate the impact of their projects. In Prince William County, proffers provide funds for county roads, schools, libraries, parks, and fire and rescue, although proffers may include other services in other jurisdictions.

When a new development is built, new schools, roads, parks and other facilities are required to meet the needs of new residents. Proffers help pay those costs so that they do not all get passed on to the taxpayers.

Since the official proffer guidelines have not been adjusted in eight years, they now lag behind several neighboring jurisdictions.

According to the current document, a new single-family or detached home in Prince William would proffer a total of $37,719 to the county. Of that, $14,462 goes toward funding schools, $17,926 towards transportation, $3,972 towards parks, and the rest towards libraries and fire and rescue.

A townhouse in Prince William would provide a total of $31,927 and a condo, stacked townhouse or apartment $19,526.

In Stafford County, where home prices are more on par with those in Prince William, the proffers required for a single-family home are $45,514 for each unit. However, even for a mobile home, a proffer of $27,271 is required.

While Price acknowledged that Prince William proffers have been stagnant for a long while, he said new proffers could only address services that future residents would require; it could not be retroactive.

Price explained that his staff applied a detailed formula to calculate proffers based upon the services residents utilize for the type of housing they occupy. Planning staff looked at the average services used by residents of apartments, townhouses and single-family homes to ensure that developers pay their fair share for the services new residents of those homes are likely to use.

Although developers will initially pay proffers, the cost generally does get passed on to the consumer through the cost of the house or rent for the apartment. This, however, is dependent upon what the housing market will bear.

The reason that townhomes and multi-family homes would rise more substantially than detached homes is that there are “more students per household” than last time they calculated these costs.

Price is also requesting that homes within senior or age-restricted developments do not have to pay school proffers, since no school-age children would be living in those homes.

Again, this change reflects the fact that a greater percentage of Prince William families with children in grades K-12 are living in townhouses and apartments in 2014 than was the case in 2006.

PWC supervisors explained that for a period of time it was not so easy to raise proffers. During the recession, when housing prices were decreasing, supervisors feared that any change to proffers would be a negative change.

The legislators in Richmond were also putting limitations on local jurisdictions' ability to collect proffers via passing laws that prohibited Virginia jurisdictions from requiring monetary proffers ahead of construction.

Staff explained that this had occurred  because legislators in the more rural regions of the state wanted to make Virginia more attractive to developers.

Associate Superintendent of Finance and Support Services for Prince William County Schools David Cline presented on behalf of the school division. Cline explained that increased proffers would go far to help build new schools and hire new staff, since they are constantly building new schools to house more students as populations grow an average of 2,000 students per year.

Supervisors grilled Cline somewhat on the placement of those schools, likely alluding to the 12th high school in mid-county, and the ever-increasing populations on the western end of the county.

Cline said that the school division “endeavors” to build where increased populations are, but it is also a matter of having the land available. He said the school division will happily accept land that is proffered where schools are needed. However, when that land is not made available, the school system often must resort to purchasing land where it is available, and available land tends to be located in the rural areas of the county.

He also said it has been very difficult to keep up with rapid population growth in Bristow and Gainesville.

“ grew much faster than anyone, from schools or the county or the developers ever anticipated,” Cline said.

During Citizen’s Time, Jeanine Lawson, one of the Republican candidates for Brentsville Supervisor, shared her belief that increasing proffers would help to ease “heavy burden of development” that otherwise becomes primarily the “burden of taxpayers.”

Including more in proffers

Price said it is difficult to link crime directly to proffers, since, frequently, crime is committed by non-county residents. But Candland said surely there is a need for more police presence as populations increase.

Price said since that is not a service being utilized by the people buying the new homes, it could raise a red flag with the General Assembly.

Price said he has worked on providing six months of data so that the General Assembly would not accuse them of having “capricious” or “arbitrary” proffers.

Although the supervisors agreed that Price’s presentation appeared very comprehensive, they decided to hold off their vote until the June 17 meeting so that they could look more closely into the issue.

Residents can take this opportunity to tell their local legislatures where they stand on raising proffers.

Bristow Beat will follow up with an article about where the Brentsville candidates for supervisor fall on the issue of raising proffers.